‘We Are At War’: Naomi Wolf Breaks Down The WHO’s Plan To Seize Power. Part 1. 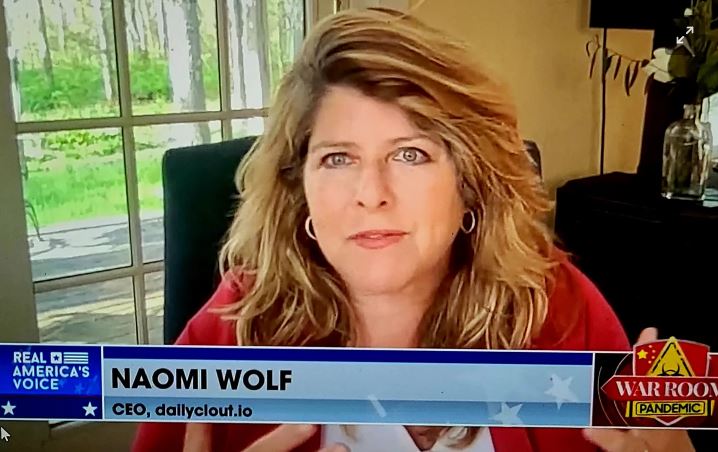 Transcripts from Bannon’s War Room on Rumble: ‘We Are At War’: Naomi Wolf Breaks Down The WHO’s Plan To Seize Power. 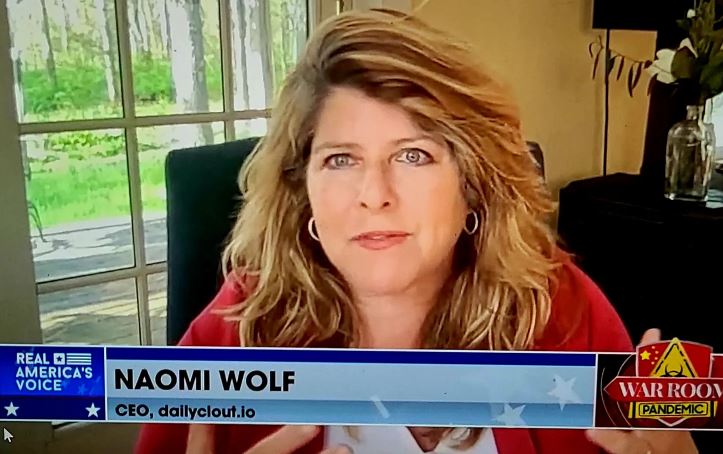 So, it was so Roguski, James had been doing this. He’s one of the lead investigators, an independent guy and then he came on the show and people jumped in there and they came up. That’s how they found out about the comment section tomorrow of HHS, this comment thing for two hours, for people that are qualified to kind of, come on to get two, three, four minutes, five minutes. But anybody can put one up, but it was hidden. This is, this is the moral equivalent on a tiny scale of what happened with Pfizer & the documents. Naomi Wolf put on a call to action 2,500 to 3,000 War Room Posse show up. You got 250 lawyers. Things are happening. This is because of you. This is cause of you. How important is it for people to send in their comments on something like this, Dr. Naomi Wolf?

Okay, so I’ll give you the good news and then the bad news. It’s very important. What you’re describing is critical, right? It’s not just this effort, which is so impressive, of Mr. Roguski, and what he’s found. The importance can’t be overstated. And yes, people have to overwhelm the comment section and they have to mobilize ideally in groups with each other to follow this, to look at the documents, to continue to put pressure and scrutiny on this process.

Well, I need to say what Roguski has found is I do not believe based on history is important. I don’t think a comment barrage is going to stop them. I think they are going to go ahead and try to give away our sovereignty. I do know that in this is related President Biden extended the state of emergency last month for the eighth time, but the for the first time in an open-ended way, no terminus date.

This allowed him to send billions of dollars to HHS without going through Congress, bare with me, our southern border is open. There are fighting age men pouring over from Afghanistan and from Ukraine. These fighting each men are going to places around the country that we don’t know or understand. They’re not being tracked. They’re not being followed. They’re just being placed in various places around the country. Over the border we saw another World Economic Forum lackey declare martial law when the trucker’s were in Canada and there were unidentifiable mercenary type very violent soldier type people. They weren’t really police being extremely abusive. You saw this in France against the protesters, so I guess what I’m trying to say is they’re not going to stop. Britton is already talking about getting up sovereignty. People in Ireland are already saying what can we do? What can we do?

There are 198 countries that are, you know, discussing giving up sovereignty. Well, once you’ve done that and you understand, we are in a state of emergency now, right? And New York State, on the state level, in a state of emergency.  States across the country are in a state of emergency. It means that if tomorrow the treaty goes through and sovereignty, that decision making is elevated above the level of our nation state, Tetris on next Tuesday can declare that we’re having a public health emergency, and you’ve already got in place all the elements of a war, of an occupation. We are at War. It is a super sneaky War, but they are putting all the elements in place to suddenly pull the trigger and there are armed men outside your door and they don’t answer to our commander in chief.

And that’s, that’s where we’re going. It’s not, it’s not where we’re going someday. It’s where, the pieces are being put in place now. So, this is a time of extraordinary danger. So, yes, by all means, make your comments, but, you know, my also learn where your food comes from, find out, who your neighbors are, protect your house. I personally am, you know, learning marksmanship. We have to be ready. I’m a peaceful person, I do not want war but war is being waged upon us. And when you think, you know that, you know, what lack of sovereignty looks like when it comes to national security, you cannot imagine because that’s that is beyond tyranny.

Spread the love
Spread the love
Previous StoryLegal Challenges Begin in India: Bombay High Court Issues Notice to Indian Government, Bill Gates and Others in Connection to Vaccine Death
Next StoryExclusive: Proof that Israel found serious safety problems with the COVID vaccines then deliberately covered it up