Exclusive: Proof that Israel found serious safety problems with the COVID vaccines then deliberately covered it up 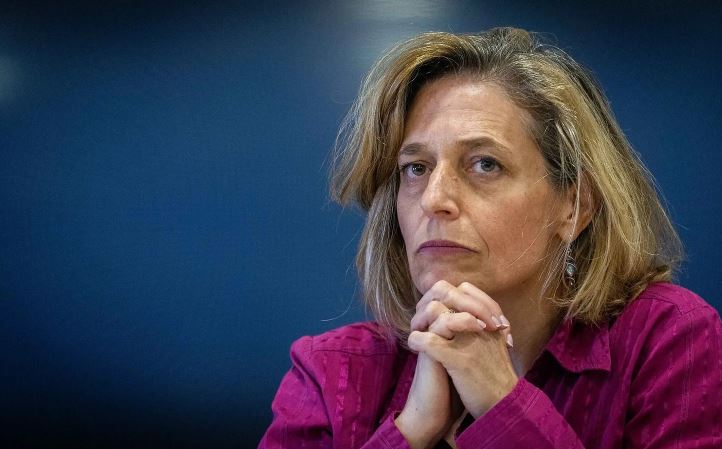 Israel didn’t start to gather safety data until a year into the vaccine program. They gathered 6 months worth of data and found that the vaccines weren’t safe so they lied to the world about it.

This is the most IMPORTANT article I’ve written to date

This is the most important article on my Substack (which has over 700 articles). This one article has enough information regarding both harms and corruption that it should bring down the house of cards if there is just one honest person in a position of authority in the world.

The Israeli Ministry of Health (MoH) was informed by their own hand-selected outside expert group headed by Prof. Mati Berkowitz that the COVID vaccines are not as safe as the MoH had been claiming to the Israeli people. It was just the opposite: instead of mild, short term events, the events were serious and long-lasting. For neurological side effects, in 65% of the cases, these did not go away at all (start watching this video at 2:30; the 65% is at 3:09) and the researchers admitted they had no clue if they would ever go away.

Instead of admitting their mistake, the MoH covered it up by issuing a report that distorted the expert report.

In addition, the experts also effectively covered it up by saying nothing when this happened. They sat by idly while the MoH misrepresented the data. It appears that everyone involved was so intimidated that they felt that they had to bury the truth, even when it can cost lives.

The news finally broke to the public on August 20 that the government hadn’t been monitoring adverse reactions for a year and then, after they finally gathered the adverse safety data, that they deliberately manipulated the data to make the vaccine look safe when it wasn’t. You’d think there would be major outrage at the violation of the public trust. But there was nothing. No reaction. Dr. Sharon Alroy-Preis, the Health Ministry’s head of public services and a top COVID adviser to the Israeli government, issued no public statement. That’s stunning.

This suggests that she and the others in her organization who knew about this were in on the cover-up. The Israeli people should demand that they be fired and criminally prosecuted.

In addition, the current Minister of Health, Nitzan Horowitz, is doing nothing. Why isn’t he calling for an investigation? He should be fired as well. Or is corruption of science OK with the Israeli government?

It appears to me that they are all bought off by the drug companies. Am I wrong?

This is a story of corruption, pure and simple.

There is no way to put a positive spin on this. Anyone in power who is not calling for an investigation and heads to roll is just as corrupt as the people who engaged in the original cover-up of the safety report.

This story is the “smoking gun” we’ve been waiting for: an official government agency was caught on tape as having received a damaging report from scientists and then deliberately lied to the public about it.

The response to this story has been crickets so far

At the time I am writing this (September 2 and 3), the Israeli press (which is heavily state controlled; note that government censorship is legal in Israel) refused to go near the story; they wouldn’t even reply when contacted about the story. They do not want to see any of the evidence. Only one news outlet, GB News in the UK, covered the original story.

It is up to us to force our medical, health, and political leaders worldwide to take a stand on what happened. Will they condemn it or will they ignore it?

Every mainstream medical leader should be saying that what the MoH did is wrong and calling for an immediate investigation into the safety of the vaccines. We should be able to see the full presentation of the expert panel and their report. And the safety data should be released to the public like the VAERS data is.

They are all basically saying, “It is OK for a government to not monitor vaccine safety for 12 months, and then, after 6 months of safety monitoring and clear evidence of harm, deliberately misrepresenting the safety data to the public.”

It turns out the Israeli government never had a vaccine safety monitoring system in place when they launched the COVID vaccines in December, 2020.

Finally, in December of 2021, more than a year into the vaccination program, they decided to fix that defect. They started collecting safety data from that point until the end of May 2022. They then tasked an outside research group headed by a top Israeli scientist to analyze the data.

The report came back that the side effects were not mild and short lasting as was represented to the Israeli people. The data was clear that the side-effects were serious and long-lasting (sometimes with no end in sight).

In short, the data showed that the government, which wasn’t monitoring for safety like they claimed, lied to the people of Israel. Also, it’s now clear that Dr. Sharon Alroy-Preis lied to the outside committee of the FDA about the Israeli safety monitoring.

The Ministry of Health (MOH) concealed the safety report for 2 months, then issued a deceptive public report to make the vaccine look safe. This Sunday, Sept 4, they will “ask” the vaccine safety committee to recommend the 5th dose (the combo vax) for 60+. This is corrupt. They are hiding the safety data from the public and they know it.

It took 2 months for the MOH to distort the findings and present it to the public to make it look like the COVID vaccines were safe.

Spread the love
Spread the love
Previous Story‘We Are At War’: Naomi Wolf Breaks Down The WHO’s Plan To Seize Power. Part 1.
Next StoryI’m A Democrat Who Thinks Biden’s Anti-Democratic Rhetoric Has Gone Too Far