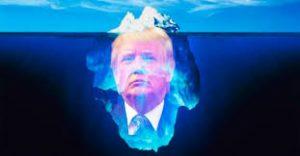 As masses of people poured into the streets to celebrate the end of Donald Trump’s fascist rule, the lame duck president’s lawyers were filing frivolous lawsuits in an attempt to nullify Joe Biden’s victory. But none of these suits, even if successful, would change the results of the election.

Shortly after CNN called the election for Biden, Trump said in a statement, “Beginning Monday, our campaign will start prosecuting our case in court to ensure election laws are fully upheld and the rightful winner is seated.”

First of all, only prosecutors prosecute cases — in criminal court. Private litigants in civil cases are called plaintiffs. And second, anyone who has the money to hire a lawyer can bring a lawsuit about anything. Thousands of legal actions are filed every day, but very few are taken seriously by judges. It’s unclear whether Trump is even paying his hired guns; Rudy Giuliani once said he works for Trump without pay.

For months, Trump has mounted a concerted strategy to preemptively discredit the election results, spewing unsupported allegations of voter fraud with mail-in ballots. Republicans and the Trump campaign have filed myriad lawsuits, even before the election, all seeking to erect obstacles to voting.

Mindful that many more people than usual would vote by mail to protect themselves from the coronavirus, Trump sowed the seeds of doubt about the validity of mail-in ballots. With no evidence whatsoever, he fabricated claims of massive voter fraud. With no regard for the health risks, Trump encouraged his minions to vote in person, insisting the election results must be known on Election Day. Trump’s supporters obliged and most voted at the polls. It was therefore no surprise that the overwhelming number of mail-in ballots were cast by Democrats.

Early Wednesday morning, as his putative lead began to evaporate, Trump tweeted, “We’ll be going to the U.S. Supreme Court. We want all voting to stop.” Trump had said in no uncertain terms that he wanted Amy Coney Barrett installed on the Supreme Court to decide the election in his favor. But although counting of mail-in ballots continued, no votes were cast after Tuesday.

“If you count the legal votes, I easily win. if you count the illegal votes, they can try to steal the election from us,” Trump falsely claimed Thursday night. But as retiring Rep. Paul Mitchell (R-Michigan) tweeted, “a legally cast vote does not become ‘illegal’ simply because a candidate does not like the vote.”

The same night, in a White House briefing, Trump said, again falsely, “We were winning in all the key locations by a lot, actually. And then our number started miraculously getting whittled away in secret.” The tabulations were not conducted in secret; they were witnessed by both Republican and Democratic poll watchers.

Moreover, on election night, the count appeared to favor Trump since most Democrats cast mail ballots, which take longer to count. Some states, including Pennsylvania, forbid the counting of any ballots until Election Day. A Democratic-sponsored bill in Pennsylvania would have allowed mail-in ballots to be opened and counted before Election Day in light of the anticipated surge due to the pandemic. But Republicans in the Pennsylvania legislature defeated the bill. Since Trump’s strategy was to declare victory on election night, the GOP forces likely sought to prevent mail-in ballots from diluting Trump’s apparent early lead. Furthermore, election workers didn’t even open mail ballots until November 4, since several counties required all workers to conduct the election on November 3. This explains why it took longer to report the vote counts in Pennsylvania.

On Saturday morning, Trump erroneously asserted, “I won this election, by a lot.” At the time, Biden was leading in the electoral vote — 253 to 214 — and he had received 4,250,184 more popular votes than Trump.

It was Pennsylvania that put Biden over the top in electoral votes. CNN and other news outlets called Biden the winner on Saturday morning. Trump falsely tweeted about “…Pennsylvania, which everyone thought was easily won on Election Night, only to see a massive lead disappear, without anyone being allowed to OBSERVE, for long intervals of time.”

Again falsely, Trump also tweeted, “Tens of thousands of votes were illegally received after 8 P.M. on Tuesday, Election Day, totally and easily changing the results in Pennsylvania and certain other razor thin states.”

There was nothing illegal about counting ballots that were postmarked by, but received after, Election Day. The Pennsylvania Supreme Court had ruled that ballots could be counted if received by Friday, November 6.

Trump’s challenge to mail-in ballots received in Pennsylvania between November 3 and 6 is the only case that the U.S. Supreme Court might review, and even that is unlikely, since those ballots would not alter the election results.

Although the Supreme Court refused to review the case for lack of time, Alito, Gorsuch and Thomas wrote a statement on October 28, suggesting the Court could still hear the case after the election. They described the plaintiffs’ request as a “last ditch attempt to prevent the election in Pennsylvania from being conducted under a cloud.” Barrett has not yet participated in this case.

On Saturday, Alito ordered Pennsylvania’s secretary of state to segregate, and separately count, mail-in ballots that arrived after Election Day. The Pennsylvania attorney general affirmed that the state had already segregated them. But the number of ballots in contention is so small it would not affect the outcome of the election. The Court is thus not likely to review this case.

Trump’s spate of frivolous lawsuits will not reverse the results of the election. In spite of Trump’s pattern of lies about massive fraud from mail-in ballots, his cases don’t allege widespread fraud. Judges have dismissed Trump’s lawsuits in Georgia and Michigan for lack of any evidence to support fraud allegations. The cases Trump has won involve primarily technicalities involving small numbers of ballots. Trump’s cases include closer access of election observers, signature verification on mail ballots, nonresident voting and the mixing of a small number of ballots. Trump’s forces are seeking a recount in Wisconsin, which is unlikely to change the results in that state.

Trump probably thinks the Supreme Court, with his three appointees, will respond to his court challenges by handing him the presidency. That won’t happen. But his flurry of lawsuits is also designed to cast doubt on the integrity of the election. As Robert Reich noted, “Trump backers are trying to push Republican-controlled state legislatures to appoint their own slates of Trump electors. That’s why the campaign has launched empty legal challenges to perfectly normal vote counts – trying to sow enough doubt to give the state legislatures political cover to appoint their own electors.”

In his desperation to maintain power, we can expect Trump to pull out all the stops in the next two-and-a-half months before Inauguration Day.

He plans large rallies to rile his gun-toting base. He has enlisted most Republican leaders, including Mitch McConnell and Lindsey Graham, to collaborate with his attempted theft of the election.

Since the election, Attorney General William Barr told department officials that he didn’t see massive voter fraud or a systemic problem. But on Monday, under pressure from Trump, Barr authorized federal prosecutors to investigate “substantial allegations of voting and vote tabulation irregularities.” He limited the investigations to what he described as “clear and apparently-credible allegations of irregularities that, if true, could potentially impact the outcome of a federal election in an individual State.” Weeks before the election, the department had removed its prohibition on voter fraud investigations prior to an election.

In response to Barr’s directive, Richard Pilger, the Justice Department official directing voter fraud investigations, immediately stepped down from his job in protest.

Barr’s authorization will give McConnell and other GOP leaders ammunition to oppose Biden’s victory.

Trump is mounting a full-court press to steal the election from Joe Biden. The refusal to accept the election results by Trump and his congressional and Justice Department accomplices, coupled with his obstruction of the transition process, do not bode well for a peaceful transfer of power.

Spread the love
Spread the love
Previous Story“Leadership Change Represents Opportunity for U.S. to Improve its Pandemic Response; Defeating Pandemic is Prerequisite for Success in Domestic and Foreign Affairs”
Next Story“Covid-19 has laid bare the inequities in our health system. What are we going to do about it?”