“Leadership Change Represents Opportunity for U.S. to Improve its Pandemic Response; Defeating Pandemic is Prerequisite for Success in Domestic and Foreign Affairs” 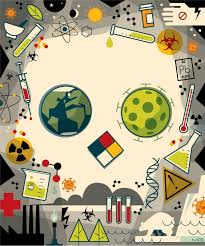 My op-ed “Controlling the COVID-19 pandemic is the main challenge facing the Joe Biden administration and American society” sparked a lot of controversy on Twitter. However, I stand by my position: Biden’s election represents an opportunity for the U.S. to bring the COVID-19 pandemic under control. I hope that my friends on Twitter who live in the United States will cherish this opportunity.

After my article was published, many Twitter users questioned Biden’s status as President-elect. My view is that Biden was legitimately elected to be next US President. Biden’s victory occurred after a long and extensive election campaign that followed the electoral process. Biden has already received enough electoral votes, and his vote total could still rise. If you abide by the democratic process, you should accept this reality. Of course, Donald Trump and the Republican Party have the right to challenge this result through legal means. As I emphasized several times in interviews with Voice of America (VOA), I support such litigation, because the legal process can rebuild people’s confidence in our democratic institutions and rule of law. However, unless there is ample evidence to prove that the current voting results are wrong, skeptics may remain skeptical but cannot deny Biden’s President-elect status. This is common knowledge as pertains to American politics and law. If you espouse democracy, constitutionalism, and the rule of law on the one hand, but deny the legitimacy of the electoral outcome simply because the result of the constitutional democratic process doesn’t conform to your wishes, then it means you have abandoned your basic principles.

I have no right to adjudicate disputes regarding the election process. Strictly speaking, formal ballots for the Electoral College won’t be cast until December. However, based on my experience living in the United States for the past several decades, I don’t think that the allegations of fraud in the 2020 election are convincing enough. There have been many rumors, but so far, these rumors have been limited to a few sporadic disputes regarding the election process. It is not yet possible to conclude that systematic fraud occurred in the general election.

Therefore, I acknowledge Biden’s status as President-elect. I think that preparations for Biden to take over as President should be made as soon as possible. This is clear.

I cannot fully evaluate the success or failure of President Trump’s four years in office. I support many of his policies and practices, but if he is unable to prove that the election was stolen by Biden, then he cannot legally remain in office after January 20, 2021.

Democracy doesn’t guarantee that the result will satisfy everyone. As members of a democratic political system, we must respect democracy. Otherwise, our government risks losing the ability to effectively govern at all.

In addition, I think that President Trump’s performance in handling what is currently the most pressing issue facing the United States – the COVID-19 pandemic – hasn’t been ideal. Until we can extricate ourselves from this pandemic, the American economy won’t be able to recover, and it will be impossible for people to return to normal life, let alone for the United States to win its Cold War-like stalemate with the Chinese Communist Party. This constitutes a huge threat to the U.S. We mustn’t put the cart before the horse.

I wouldn’t dare to assert that Biden’s approach to controlling the pandemic will be better than Trump’s, but Trump has already turned in several failing “exam papers.” Having been out of political office since 2017, Biden isn’t responsible for this outcome. Of course, if Biden is still unable to control the pandemic after taking office, he should face criticism from the public, but not now. Thus far, Biden has shown a more serious attitude towards controlling the pandemic, and has demonstrated respect for science and common sense, instead of treating the pandemic as child’s play.

Controlling the COVID-19 pandemic is a hurdle that the United States cannot immediately cross. It is also a huge test that Biden must face. If Biden is unable to turn in a passing “exam paper”, it would be difficult for him to prove his competence to the American people. Such a scenario would vastly diminish his ability to govern effectively. Therefore, based on Biden’s personal character and the political pressure he faces, I think he will adopt a serious attitude towards containing the pandemic. Only time will tell whether my judgment is accurate.

Despite being mocked by many Twitter users, I believe that the experience of the past eight months of the pandemic, coupled with the continued rise in the number of confirmed cases, is sufficient to prove that the Trump administration made a conceptual error in its response to the pandemic and demonstrated a serious lack of leadership. The country’s response to the pandemic hinges on the leadership and coordination of the federal government. Therefore, Biden’s election bodes favorably for the prospect of bringing the pandemic under control. At the very least, it should give us hope.

Everyone has their own view about Trump’s performance as President, but one should not make an assessment based on a single policy. In any case, we cannot judge Biden’s performance until he starts his presidential term. Although he hasn’t taken office yet, it is clear that he is well-qualified to be President. Of course, this isn’t the key issue. What is most important is that Biden won the presidential election because he secured enough votes. Unless it can be proven that these votes were obtained through fraud or statistical errors, Americans have the right to deem Biden their legitimately-elected President who will soon take office.

Conversely, even if the Trump team overturns the election result through legal means, President Trump’s pandemic control measures should still face criticism. If Trump manages to secure a second term as President, I still wouldn’t be optimistic about the country’s chances of bringing the pandemic under control.

Therefore, whether in terms of upholding democratic principles or extricating the United States from the COVID-19 crisis, I hope that President-elect Biden can lead the United States out of the pandemic. This is not an impossible goal. As for various other tasks that Biden will face after taking office, every American has the right to supervise and criticize him. At least with regard to the urgent issue of controlling the COVID-19 pandemic in the United States, I hope that everyone can put more pressure on the Trump administration and the future Biden administration, and, at the same time, put forward their own valuable suggestions. With the joint efforts of the government and the people, we can eliminate the pandemic. If we don’t stop the pandemic from spreading further, none of the other topics that Twitter users are focused on matter. And many other (and otherwise important) issues of American politics would simply become meaningless.