THIS WEEK IN CONGRESS – Tax Bill Passes, Congress Puts a Band-Aid on the Budget, and A Bill Supports Women and Minorities in Heading into Space 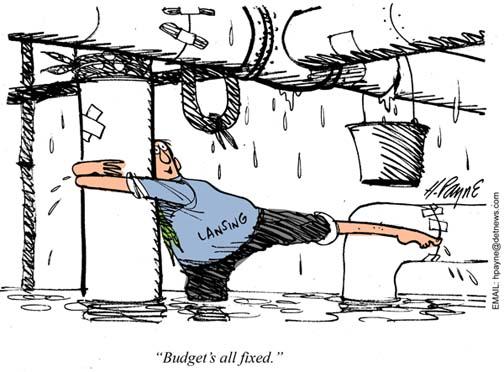 Congress is off this week for its Christmas break, but the end of the 2017 legislative calendar saw major changes.

The Tax Cut and Jobs Act (HR 1) passed the House and the Senate, and was signed by President Donald Trump before he went on his Christmas vacation at his estate, Mar-a-lago in Palm Beach, Florida. But before the bill’s passage, it hit a major snag.

The bill violated the Senate’s Byrd Rule, which is named after late Senator Robert Byrd (D-WV). The Byrd rule prohibits a bill from addressing content that is not relevant to the bill’s intent. Senator Bernie Sanders (D-VT) led the charge against passage, on this basis — citing three parts of HR 1 for their failure to “comply with the rules of the Senate”. Those were: the Cruz provision, which allows 529 education savings plans to be used for homeschool expenses; a provision on determining university endowment taxes, and the title of the bill, itself, “The Tax Cuts and Jobs Act.”

The endowment section and the Cruz provisions were stripped from the bill, and the bill was voted on… again… in both Houses. And here we are with a new tax code as the law of the land.

We’ve covered this bill in the past, and despite the wide-reaching and various complications which tax policy presents, supporters and opponents generally argue along the same lines now as they have in the past. Critics of the legislation look at the multiple calculations that predict 600 billion to 1.4 trillion in increased debt over the next decade, as a high price to pay for what they see as just a little help to the middle class. Supporters believe that this tax policy will produce higher wages, more jobs and increased economic growth to such a degree that the economy will outgrow these debt increase.

You could see this law as an economic bet — with an outcome that will not be realized until far in the future.

Beyond the actual “tax” changes which the law brings about, the law also repealed the “individual mandate.” This was the linchpin of the Affordable Care Act, also known as “Obamacare”, which mandated that everyone who could afford coverage had to get it or else pay a capitation — or a penalty.

One other important issue that has been mostly ignored, is not within the law. There is a 1990’s rule known as the Pay-as-you-go provision or PayGo. This provision is a piece of the Budget Enforcement Act. It demands a “sequester” if a bill raises the deficit without any spending cuts in it to offset the deficit.

A “sequester” is a general spending cut to the government’s spending. And it’s the White House Office of Management and Budget (OMB) that gets to decide what gets cut. This means that Medicare and other social welfare programs that are really popular, may be exposed by this tax bill. We know that Medicare and other social welfare programs are likely to be put on the chopping block, as we saw this in the White House OMB’s budget proposal earlier in the year.

This is a big issue to watch, as extreme austerity measures may be needed– or called for and justified — in the near future, by invoking the trillion plus budgetary shortfalls created by the tax bill.

Now, on to the rest of the legislative schedule. Congress passed a “continuing resolution” — or a stopgap spending bill — that averts a government shutdown… for now.

The deadline of December 22, 2017 has been moved to January 19th, 2018. The legislation approved general defense spending but leaves all the heavy budgetary lifting for later. The bill’s temporary fixes left CHIP, or the Children’s Health Insurance Program — which provides health care relief for 8.9 million low-income children 8.9 million low-income children — up in the air.

The bill didn’t address immigration; most notably it didn’t address DACA recipients status. Earlier in the year, the Trump Administration ended the Defered Action for Childhood Arrivals Program (DACA), which prevented the deportation of Eight-hundred thousand undocumented immigrants who entered the United States before the age of 17, prior to June of 2012. Funding for the program runs out in March 2018 if Congress doesn’t act to protect DACA recipient’s status.

The continuing resolution also didn’t address spending on healthcare, national security, and it failed to give support to victims of natural disasters such as those victimized by recent floods and wildfires.This incomplete bill leaves Congress to spend most of January “fixing” the budget. Some observers are speculating that the budget resolution will be used to try to offset the missing revenue from the tax bill.​ H.R. 4254, the Women in Aerospace Education Act, passed the House last week. The bill directs NASA to institute a process to prioritize the promotion and recruitment of qualified candidates who are women or individuals who are historically underrepresented in the STEM fields (science, technology, engineering, mathematics, and computer science) to be considered for internships and fellowships that are relevant to the aerospace sector and related fields.

Here are the rest of the bills on the legislative schedule:

H.Con.Res. 95 – Expressing support for the use of public-private partnerships to bring computer science education to more K–12 classrooms, as amended (Sponsored by Rep. Scott Taylor / Education and the Workforce Committee)

DailyClout Editor-In-Chief & Policy Analyst. Graduate student at NYU Wagner, who received his BA in Political Science from Monmouth University. He has been published in the Huff Post Blog and Fair Observer, and served for a year in Americorps, building infrastructure and responding to disaster in the American South.
Spread the love
more
Spread the love
more
Previous StoryAnother Looming Government Shutdown? Taxes, Religion, and Post Offices? – This Week in Congress
Next StoryWomen Should Not Have To Fear Flying.
--