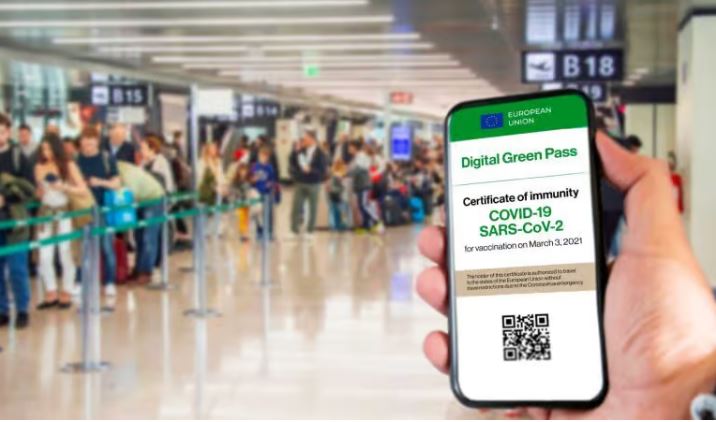 China will end COVID travel restrictions, but the US will not. In the topsy-turvy world we are now living in, I can’t say I’m surprised the US is the last country in the world to maintain a travel ban, but we should be outraged.

The ban on international travel began as a Trump-era pandemic response to limit the spread of COVID. Biden continued the policy in 2021, but he took efforts to restore travel. By Presidential Proclamation 10294, Joe Biden reinstated international travel, but only for foreigners vaccinated against COVID.

The justification for not allowing unvaccinated non-immigrant non-citizens is “to prevent further introduction, transmission, and spread of COVID-19” into the United States. A seemingly valiant effort at the time to keep citizens safe, it is now outdated, unnecessary, and quite frankly unconstitutional. Not only is maintaining this ban nonsensical, but it is also damaging our economy and international integrity at the great expense of the individuals directly impacted by its draconian prohibition.

As life begins to return to pre-pandemic normalcy, keeping such a restriction on travel is seemingly spiteful. After all, the Administration attempted to end Title 42 expulsions of non-citizens at the border in April, 2022, when CDC Director Rochelle Walensky declared “there is no longer a public health justification” for the policy when there exists less restrictive means of managing the disease.

Months later—after Title 42 was kept in place by federal lawsuits—the CDC then said the agency was no longer distinguishing by vaccination status because people were still getting sick despite being vaccinated. If vaccination status no longer matters, and there are less restrictive means of prevention, then for what rational purpose does the government continue to ban international travelers? Surely, it must be because citizenship determines your ability to transmit disease…

The discriminatory ban is also detrimental to the US economy and counterproductive to overcoming inflation. In 2018, 10 percent of our export yield was from the tourism industry. We had 79.7 million visitors spending $256 billion. Much of the same in 2019, with $233.5 billion spent by tourists and boasting 9.5 million US jobs. Of course, the 2020 pandemic shutdown brought the industry to its knees by cutting revenue in half and jobs by one third.

Although Biden’s proclamation allowed some tourists to return spending here, 2021 only saw $80.1 billion in revenue, and about $175 billion in 2022. Such a drastic cut had a significant negative impact on our recovering economy: over the last three years, the US has lost approximately $380 billion in tourism revenue with $65 billion being lost in 2022 alone–when travel resumed for all except unvaccinated foreigners. With the CDC spending at least $3.1 billion to enforce this ban, the cost clearly outweighs any benefit.

Adding insult to injury, the US is the last major economy to have such a strict ban with no exception for testing negative for COVID. Indeed, only countries like North Korea, Indonesia, and Ghana have such a policy.

The “Land of the Free” suddenly is one of the most unwelcome countries in the world, but the liberty infringements don’t end with travel. The ban has no exception for religious beliefs, unlike other immigration or travel vaccine requirements.

Biden claims to champion religious freedom around the globe, but you cannot travel to the US if you practice a religion that denies use of modern medicine and ineffective vaccines. Further, the world is watching millions of unlawful immigrants who have been crossing our southern border unchecked. Yet if you have a lawful visa but are unvaccinated, you can forget even boarding a plane. Can anyone make sense of these policy decisions?

Beyond it not making sense, the ban violates US law. Title 8 section 1182 determines eligibility requirements for entry of noncitizens: only failure to vaccinate against “vaccine-preventable diseases” results in entry denial.

The CDC’s Order implementing the proclamation creates a new requirement: proof of a vaccination that has been proven to not prevent disease. Continuing to enforce the Executive’s ban eviscerates our Constitution that vests the power to create law—and new entry requirements—in the capable and elected hands of our legislature, not in the hands of unelected, bureaucratic agencies.

So where is the harm? Tourists, some after waiting years to get a visa, cannot come. Students here on study visas cannot go home lest they lose their ability to return to complete their education. New students cannot make it to their US school. Businesspersons with work visas risk their livelihoods when they tell their employers, “I cannot go on that trip to the US because I am not vaccinated.”

Fiancés and other nonimmigrant family members cannot reunite with their loved ones after years separated. Unfortunately, my family will remain divided, just like countless others, until this Administration decides whether it will defend our Constitution, freedoms, and economy on the world stage or keep doubling down on failed policies until there’s no republic left.

This article was republished from Brownstone Institute

Spread the love
This DailyClout article is the writer’s opinion.
One of our country’s most important freedoms is that of free speech.
Agree with this essay? Disagree? Join the debate by writing to DailyClout HERE.
Spread the love
Previous StoryFacebook Alternative: How to Use DailyClout’s Campaigns Platform
Next StoryJordan Peterson: Enemy of the State