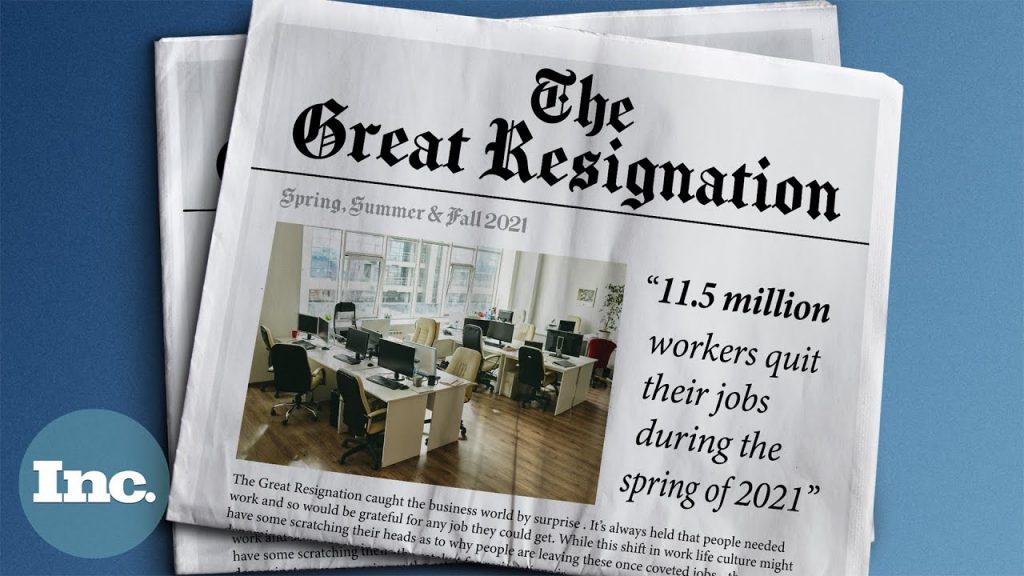 Have you noticed how Mainstream Media is all about the “Great Resignation” all of the sudden? 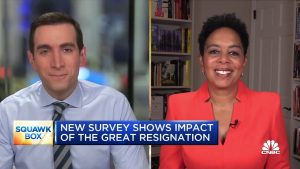 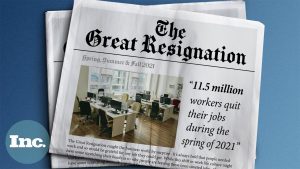 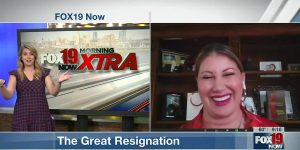 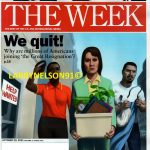 A recent Microsoft survey shows 41% of employees are considering resigning compared to 15%, a year ago!  3.8 million people quit their jobs in June 2021, adding to the 10.1 million unfilled positions during the same month.

The most often cited explanations for the Great Resignation are:

Can you hear the elephant in Great Resignation room?

A Forbes/Qualtrics survey shows that more than 44% of all employees would quit their jobs if their employers mandated vaccines.  Recently Southwest Airlines had to cancel 2000 flights due to a pilot walkout over vaccine mandates.

Clearly the mainstream media spin machine is trying to get out in front of this one.   “Look over here!  Ignore the obvious!” they seem to be saying.  Even economists are in on the game.  In this Foreign Policy podcast, they can’t avoid mentioning vaccine mandates as a possible contributor to the Great Resignation but, they go to tortured lengths NOT to lay blame on mandates.

A recent Bureau of Labor Statistics report has unleashed this tsunami of spin.  The all time high 2.9% quit rate is just too stunning to ignore.

In economic terms, this is unprecedented and HUGE.  It’s harder than ever to hire people in the US and more people than ever are leaving the workforce by choice AND inflation is taking off like a rocket.  This will not end well for workers, US corporations or the economy in general.

While you may not be surprised to see the administrative state and the mainstream media teaming up to sweep inconvenient facts under the rug, this particular instance does shed a glimmer of light on the subversion of American economic preeminence being stewarded by global corporations and their companions in Washington.

From time in memorial, the one pillar of American politics has been the economy.  More than any other factor, the fortunes of political candidates, elected officials, even Presidents and both political parties have been tossed about on the tumultuous sea of the economy.

One can be forgiven for chalking this latest bit of spin-meistering up to seasoned but misguided politicians trying to put lipstick on a pig.

Vaccine mandates and the unexpectedly high level of resistance to the mandates have led to an unanticipated economic low pressure cell that, when combined with rising inflation, debt, persistent supply chain challenges, etc., could develop into a hurricane.  The Katrina of the American economy.

In this case, the reaction should be predictable.  Large employers would be publicly pushing back against vaccine mandates in appearances on CNBC and the Sunday shows.  Administration officials would see the coming economic hurricane as anathema to their re-election prospects and start to lighten up on the vaccine mandate gas pedal.

But there is scant evidence of this happy turn of events.  There are crickets from major employers, and ever more “boosters” planned with a continued push to vaccinate even our youngest children.

What are we to conclude?

Sadly, the “obvious” answer is that which only months ago would have seemed to most of us the wildest of conspiracy theories.  Global corporations and Washington DC elites are enabling the undermining of the US economy.  We are being weakened, deliberately, from the inside.

Typically, conspiracy theories can be quite elaborate.  Long chains of circumstantial evidence, each assumption contingent on the previous assumption, etc.

…is a remarkably direct and unshakable example that the “conspiracy” is neither that nor a coincidence.  It’s all part of the plan.

The question is Cui Bono?

Spread the love
This DailyClout article is the writer’s opinion.
One of our country’s most important freedoms is that of free speech.
Agree with this essay? Disagree? Join the debate by writing to DailyClout HERE.
Spread the love
Previous StoryBULLETIN BOARD: “Majority Believe Biden’s Build Back Better Plan Will Hurt Economic Recovery”
Next StoryFIVE FREEDOMS: Live From NYC Dr Naomi Wolf Speaks Out!