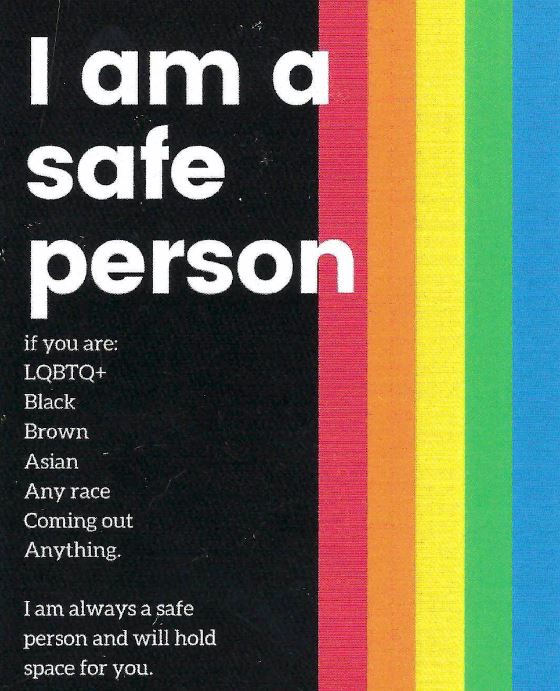 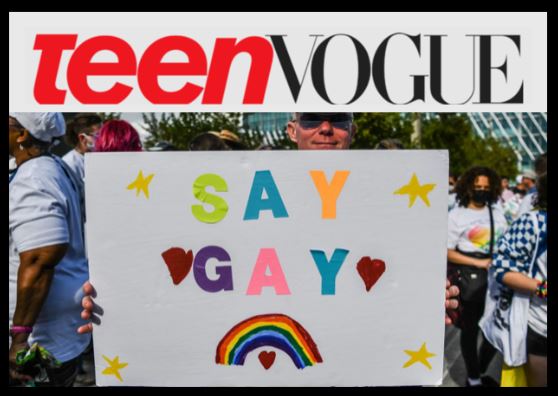 Teen Vogue released an article August 9, titled The Right Is Misusing the Word “Grooming,” and It Can Have Serious Consequences, calling for a halt to the use of the term related to the introduction of sexuality and gender identity education beginning in kindergarten. The article correctly identifies grooming as a “secretive process by which someone builds false trust with a child they are intending to abuse,” but fails to separate the “process” of grooming from the “intent” to groom.

Cards, pictured below encourage students to seek out teachers/staff on a one-on-one personal basis. These are displayed on classroom doors, and handed to students in Tuality, an OREGON Middle School, Tigard/Tualatin School District.

“The evil that is in the world always comes of ignorance, and good intentions may do as much harm as malevolence, if they lack understanding.”

YES, IT IS GROOMING!

The INTENT argument (Teen Vogue) is based in the idea that our educational system is grooming children related to political ideology, forcing a moral predisposition on young children to adopt a view on sexuality and gender roles by strictly enforcing gender and sex confirming beliefs. The deliberate intent coupled with instruction is politically partisan and divisive.

The PROCESS argument is academic. Based purely on child safety and age appropriateness, the hypothesis is supported in widely held child development theory. According to Erickson, there is a set stage for sexual and gender identity development which arises between the ages of 12-18. The Identity versus Confusion stage is coupled with, and to some extent driven by the biological process of puberty. More recent research (Cote 2006 & McAdams 2013) has expanded on Erickson’s theories and found that most identity formation does not solidify until young adulthood when people are exposed to a greater variety of career choices, lifestyles, and beliefs (As cited in, Human Behavior and the Social Environment I). It academically follows that K-4th grade is not the time for this type of education.

In 2004, a Department of Education report found that 1 in 10 children will be the victim of school employee sexual misconduct by high school graduation. Additionally, a 2010 Government Office of Accountability report found that one offending teacher can have as many as 73 victims. The Associated Press conducted a 7 month long investigation into a five year period between 2001 and 2005 and found that over 2,500 educators had been punished for actions that ranged from “bizarre to sadistic.” More recently, Fox News Digital conducted an investigation that found at least 135 teachers, aides had been arrested on child sex crimes in the first half of this year. When one teacher can have as many as 73 victims, the gravity of the school systems failure to properly vet its employees cannot be understated.

CHILD SAFETY, ROBBED by SEXUALITY ED
A child’s intuition is rooted in innocence. When teaching children to identify predatory grooming behavior, it is dangerous to introduce sexuality. Sexual education beginning in Kindergarten creates an environment in which any predator in contact with those children will benefit, because the entire grooming process is normalized at school. A young child, previously innocent to sexual discussions, will now no longer sense the topics as abnormal. It’s the abnormal nature of the information that triggers the child’s intuition, sending life-saving signals to run.

Pedophiles understand this simple fact, and normalize age-inappropriate sexual behavior through conversations, showing pictures, discussing sex acts by pets or other actions prior to the actual molestation. Age-inappropriate sexual talk, knowledge or behavior by a young child is a key signal to adults to investigate the source of influence, helping to identify the perpetrator, and protect the child from future contact. Normalizing sexual conversations and increasing sexual knowledge removes a key behavioral signal that a young child is being groomed. The school system, by introducing K-4 Sexual Education therefore normalizes behavior, making it indistinguishable from a grooming attempt by a pedophile.

Mr. Woodall is a retired police officer and college professor. He has a masters degree in Forensic Psychology, is a sex crimes and self-defense expert, and has extensive experience in working with sex-related trauma survivors. Mr. Woodall has over 25 years experience in providing personal safety training and education to women and children.

ACTION ITEM
Considering the actual risk of normalizing the grooming process in a school environment plagued by school employee sexual misconduct, Parents’ Rights In Education is calling for all public schools to remove Comprehensive Sexual Education and Gender Identity Lessons in all Kindergarten – 4th grade Classes and Activities.

If these curriculums are used, we encourage parents to encourage their school boards adopt an OPT-IN POLICY, placing criminal liability on the parents who choose to enroll their children.

Spread the love
This DailyClout article is the writer’s opinion.
One of our country’s most important freedoms is that of free speech.
Agree with this essay? Disagree? Join the debate by writing to DailyClout HERE.
Spread the love
Previous StoryNew Emails Showing Twitter/Government Collusion
Next StoryMajority Less Likely to Vote for Candidate Who Supports President Biden’s Student Loan Forgiveness Plan