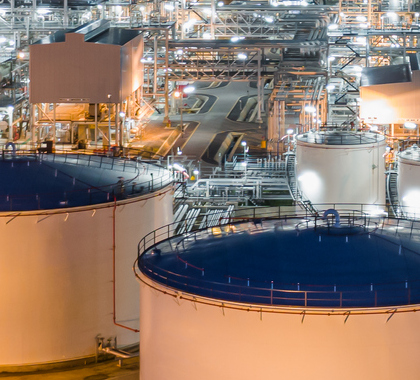 Refinery closures are outpacing new construction over the next five years and will significantly reduce the supply of items manufactured at refineries to meet increasing worldwide demands and place tremendous pressures on continuous shortages and inflation.

As the world has become impassioned with increasing its electricity generation from wind turbines and solar panels from breezes and sunshine, the world is silently slipping into a future of shortages and inflation as society’s demands for all the products and fuels manufactured from crude oil is exceeding the supply available from the dwindling number of refineries.

There were almost 700 oil refineries in the world as of January 2020, but as a result on continuous over regulations, permitting delays, aging equipment,  and the worldwide support of the Environmental, Social, and Governance (ESG) to divest in fossil fuels, the right operating model and level of integration will be crucial for survival and sustained profitability of refineries.

In 2019 there were 135 refineries in the U.S.  but five facilities were shuttered during the last two years.

Each refinery location is a business that needs to make business decisions. Consequently, one in five oil refineries are expected to cease operations over the next five years. One in five is 20 percent, or almost 140 refineries expected to be shuttered worldwide, resulting in a 20 percent decline in the products manufactured to meet the ever-increasing demands form society.

There are over 100 new refineries under construction, with most of them in Asia with 88, Europe with 12 and North America with 10. Asia is the region with the greatest number of future petroleum refineries. As of 2021, there were 88 new facilities in planning or under construction in Asia. By comparison, Europe is set to see an addition of12 petroleum refinery, and North America is set to see an addition of 10. The amount of oil fed through refineries in Asia has significantly increased in the past three decades as demand for petroleum products surged in developing countries such as China and India. China is on track to succeed the United States as the country with the greatest oil refinery throughput.

While worldwide demand for the products made with oil derivatives and fuels manufactured at refineries continue to increase, the upcoming closures of manufacturers over the next five years will significantly reduce the supply of those items and place tremendous pressures on continuous shortages and inflation.

Renewables can only generate electricity, and intermittent electricity at best. The undisputable science is that renewables CANNOT manufacture any of the oil derivatives that are the basis of the thousands of products that are the foundation of societies and economies around the world. In fact, renewables cannot exist without crude oil as all the parts of wind turbines and solar panels are made with oil derivatives manufactured from crude oil.

Here is a reminder of what is manufactured from oil that did not exist before 1900 that are needed to support the growing demands of the world’s economy and for the health and well-being of the world’s eight billion residents:

Oil derivatives to make thousands of products such as:

Crude oil is useless unless it can be manufactured into something usable.

The Environmental, Social, and Governance (ESG) strategy to divest in all fossil fuels is working but will result in shortages and inflation as the new norm as society’s demands for the products from crude oil are exceeding the supply from the diminishing number of manufacturers.

With worldwide refinery closures outpacing new construction, shortages and inflation are likely to be the new norm that inflict regressive expenses upon those that can least afford it.

Spread the love
This DailyClout article is the writer’s opinion.
One of our country’s most important freedoms is that of free speech.
Agree with this essay? Disagree? Join the debate by writing to DailyClout HERE.
Spread the love
Previous StoryDo We Have a Right to the Bodies of Others? With Dr. Naomi Wolf
Next StorySupreme Court Overturns Roe v. Wade in Landmark Opinion