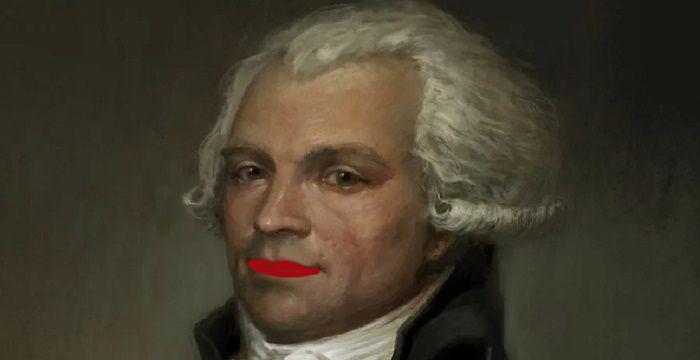 Here is a simple question: If slavery is a 100% tax on one’s labor, what do you call a 70% tax? Such is the level of taxation envisioned by a young, idealistic freshman Congresswoman, Rep. Alexandria Ocasio-Cortez.

How does this Congresswoman and her fellow travelers arrive at this number?  How does Sen. Elizabeth Warren (D., MA) justify her “wealth tax?” Both leaders attack wealth on the premise that wealth is “immoral.”

Neither woman gives a reason for reaching this conclusion.  It is often simply a standard assertion of the Left, offered without basis.  But let’s play out the premise: if extreme wealth is immoral, how about moderate wealth?  By extension, does this reasoning mean that the middle class is more immoral than are those of low incomes?

We accept that the social contract provides for some limited form of taxation in exchange for an orderly society, and this premise was affirmed early on in our nation’s history when the Whiskey Tax Rebellion was put down by George Washington.

However, any valid contract must be a fair contract.  An unequal contract, one which does not benefit both parties fairly, one in which both parties have not entered freely without duress, as any first-year law student can tell you, is unenforceable and void.

The very calculations of what is an appropriate level of confiscatory taxation in a society rely on the false assumption that such confiscation is the right of government; it ignores the fact that our labor and the money that comes from it are our personal property.

Private property is a cornerstone of a free society, right along with free speech and freedom of association.  Without protection from seizure of property by the state, there is no true freedom.  There is a difference between reasonable taxation which is applied equally to all at a rate which is not burdensome, and a grossly graduated tax which taxes the rich at rates many times the rate of anyone else which also violates equal protection. Outright confiscation of property which is not even income, as in Warren’s wealth tax, is simply unconstitutional.

We all know that the moral authority of confiscatory taxation put forth by the Left is based on its members’ notion of social justice.  Their definition of said justice is that we are all supposed to be equal. But they extend this Constitutional premise to income. “Income inequality” offends them.  This conclusion shows a lack of understanding of our Constitution and its guarantees.   In a free society, under our Constitution, we are equal under law and thus are entitled to equal opportunity under the law. We are not, however, guaranteed equal outcomes.  To guarantee equal outcome, rather, is to infringe on every other citizen’s liberty.

The party of the Left, the party in favor of socialism, likes to paint its motives as altruistic: “we care more about the little people.” “Therefore,” it argues, as though this follows logically, “the Right is selfish.”

Yet socialism, the new socialist leaders argue, entitles them to others’ labor and property. In the real world the Left has become the party of those who demand that their fellow citizens work to support them. How is this altruistic?  How is this different from some form of slavery?

Rep. Ocasio-Cortez and her generation are filled with youthful notions of social engineering but have no clue what social engineering does to a society.  They don’t seem to know that it’s been tried, and that it has failed spectacularly, catastrophically, every time.  The degree to which a society is “planned” can be directly correlated to its degree of failure, as in Venezuela right now and as illustrated by history and chronicled by Ludwig Heinrich Edler von Mises, the Jewish economist who was an eyewitness to the planned economic systems of the Soviet Union and the German National Socialists through the 1930s.  In his 1951 essay “Planned Chaos” he explains the inevitable destruction of the market economy, arriving at the same conclusions as his contemporary and author, Friedrich Hayek, in his book “The Road to Serfdom.”

Socialism controls, by degrees, the means of production, and interferes with the market economy.  The more socialist the government’s policies, the more interference in the markets.  Every program administered by government is a market disruption and a loss of efficiency.  Interfering with the market economy causes greater and greater inefficiencies which inevitably result in market failures, thus shortages, which in turn lead to lower standards of living. Hence the old Margaret Thatcher adage that the problem with socialism is that eventually you run out of other peoples’ money.

All this negative outcome is exacerbated by the fact that in the inexorable destruction of the market economy there’s less and less money to confiscate, and the death spiral accelerates.  Force must be used to manage this economic decline and confiscation and the inevitable dissent that follows. The state must therefore ultimately own everything, control everything and restrict freedom, since no one willingly gives up freedom or property.

The result: fascism; everything for and by the state. Exactly this process took place to one degree or another in Russia, Germany, China, and North Korea, and is happening before our very eyes now in Venezuela.  That’s the “altruism” of the left.

In order to achieve the kind of social engineering they espouse, socialists attempt to limit speech as well. We can see this goal all around us in the crushing political correctness of the Left. Words have become banned from polite conversation and new words have been invented.

In one recent such example of speech control, in a direct contradiction of the first amendment and a representative democracy, according to her recent tweets, Rep. Ocasio-Cortez (together with Speaker Pelosi) have felt entitled to deny Congressional districts their constitutional right of representation, by demanding that Representatives vote as a block, rather than according to their consciences and their constituents wishes. This young radical, with three million Twitter followers, has threatened her fellow Congressmen and women with coercion, bullying and public shaming.  And they are scared to death.  All of this puts one in mind of the sorcerer’s apprentice.  She has the magic of the social media and is willing to wreak absolute havoc with it.

Rep. Ocasio-Cortez and her totalitarian leftists are a danger to our liberal democracy.  This millennial of millennials has hoodwinked an entire political class and has dragged the “mainstream left,” if there is such a thing anymore, along with her, for fear of being judged “not leftist enough.”  She is Robespierre with lipstick.  If the Democrat party knows what’s good for them, they will “primary” this dangerous leader.

Public debate has now come down to a choice between capitalism and socialism.  But these terms are not even true opposites.  Socialism is not an economic theory, and when we say “capitalism,” we really mean free enterprise.

When conservatives want to illustrate the failure of socialism, they point to what’s happening to Venezuela in real time. Liberals will always counter with the Nordic countries. Yet the Nordic countries have all abandoned socialism because they realized, none too soon, that they were in fact killing the golden goose. When socialism was seen to be failing in the 70s and 80s, a rapid turnabout in all three Nordic countries (Sweden, Norway and Denmark), and they divested public industry in favor of a strong market economy.

The essence of the argument between conservatives and liberals, between socialists and capitalists, is about freedom.  It is about a choice between slavery to the state, what Fredrich Hayek called the “road to serfdom,” or freedom from the state. Ronald Wisner is a frequent contributor to the Op-Ed pages of various outlets. He has worked in manufacturing, mergers & acquisitions, and private equity.
Spread the love
more
Spread the love
more
Previous StoryThe Ever-Growing Gap in Income and Wealth
Next StoryBULLETIN BOARD: PHOENIX ARIZONA “BABE COUNCIL” WEEKEND PLANS
--