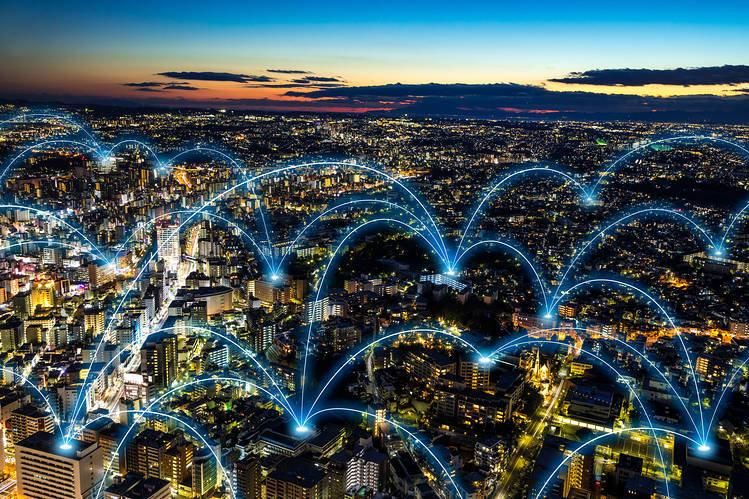 Is a “smart world” necessarily good for us?

Connecting your smartphone to your TV, dishwasher, and even to your child’s Barbie doll, is now all the rage. Boosting wi-fi in places where it never used to exist — from appliances to toys — is being hailed as the new ideal.  “5G” is the name of the new technology that will enable us to connect all of our ‘smart’ devices anytime and anyplace with super-fast speeds to “the internet of things.” Telecommunications companies are promising us that 5G and the new “digital ecosystem” will make our lives more convenient, safer and happier.

However, this magical rollout is not without serious costs to our health. Telecommunications companies tell us that only way to create this 5G network is to install hundreds of thousands of new cellular antennas and cell towers nationwide — indeed, right in our own front yards.

Wireless might be invisible, but it is not magic. These antennas will broadcast an extra layer of wireless radio frequency radiation (RFR) — also known as microwave radiation — directly into our homes. The new 5G will also add in higher frequencies — called millimeter waves — which, believe it or not, are the same frequencies that are now used in military crowd control weapons.

Although 5G was not pre-market tested for safety in terms of health effects on human beings, Verizon and Sprint have announced thirty “test cities” for a 5G rollout. These include Sacramento, Washington DC, Atlanta, Dallas, Miami and New York.

And indeed, Federal and state legislation is moving forward at a lightning pace to streamline the installation of these cellular towers into neighborhoods by pre-empting local authority, and fast- tracking the process to install antennas  on street lights, utility poles and even mailboxes.

At the state levels, despite fierce local opposition, over 20 states have passed laws that not only remove public notice and public hearings from the process, but also place a cap on the rates that local governments can charge telecommunications companies for installing these towers on schools, post offices and firehouses.

At the Federal level, it gets even worse. Federal regulations are stripping away environmental reviews and pre-empting even state authority, making it very difficult for any US community to reject the proposed antennas.

The telecommunications companies are calling each of these mini cell towers “small cells.” This name is misleading. The new “small cell” cell towers have equipment cabinets the size of refrigerators. These cabinets are referred to by industry as “street furniture”, as if each tower was a sofa in your living room. Rather, each installation can have over a thousand antennas that are transmitting simultaneously — in a process which is called “phased arrays.”

Recently, more than two hundred and forty scientists and doctors from 41 nations, all of whom who have published peer-reviewed research on electromagnetic radiation or on 5G health hazards, have appealed to the United Nations, calling for urgent action to reduce these ever-growing wireless exposures. Their letter to the Federal Communications Commission (FCC) asks for a moratorium on the roll-out of 5G, citing serious impacts to human health and to the environment. Subsequently, scientists also launched an international appeal to halt 5G as, they argued, current wireless technologies are “proven to be harmful for humans and the environment.”

What are the health effects? It would not be surprising if you were unaware of some of them, since telecommunications companies are major advertisers in mainstream news outlets and are powerful lobbyists with both parties on the Hill.

Perhaps most concerning is a 2016 review in “Electromagnetic Biology and Medicine” which found that 93% of research studies which investigated oxidative stress, found that wireless exposure induced oxidative stress levels. Induction of oxidative stress is a key characteristic of many human carcinogens. Oxidative stress can lead to a cascade of harmful effects in the body, initiating a myriad of illnesses ranging from cancer to autoimmune problems.

Believe it or not, no US Federal health agency – not the EPA, FDA, nor the CDC –  has done a proper systematic review of the current scientific research on wireless nor on the newest technology, 5G, to assess its public health impacts. Our so-called “safety limits” are based on 30- year-old science. The EPA was defunded on the issue, and the agency now states that US radiation limits “do not apply” to long term daily exposures to 5G. In other words, there is no effective oversight over the health effects from telecom radiation in the US.

No one is watching the store.

Many international medical organizations, such as the American Academy of Pediatrics, the Vienna Medical Association, and more than 20 nations, including France, Israel, Russiaand Belgium, recommend reducing cell phone radiation exposure, especially for children. Several countries such Chile and Greece have regulations that consider schools, hospitals and parks to be “sensitive areas” and do not allow cell towers to be built on these areas.

In contrast, although the Los Angeles School district has banned cell towers from its school properties, most US schools, hospitals, police stations, post offices and parks remained unprotected.

Last year, when 5G “small cells” were coming to California via a 5G streamlining bill (SB 649, below), firefighter organizations cited these many peer-reviewed studies showing harm, and requested that 5G towers not be installed on firehouses. The firefighters were successful and SB 649 was amended to exempt firestations from the 5G deployment.

Internal telecommunications company documents clearly show that telecoms are aware that 5G will increase the levels of RF radiation in the vicinity of the antennae. Many countries — China, India, Poland, Russia, Italy and Switzerland — have stricter radiation limits than do we in the United States, and the telecom industry states that these more protective limits represent a “critical concern,” as the regulations will not allow the full deployment of 5G in those countries. In Switzerland, the telecom industry launched large-scale public relations effort to do away with these restrictions, yet the Swiss Parliament still voted “no” on 5G.

Our environment and the animals around us will be harmed by these towers as well. A research review in “Science of the Total Environment” states that current evidence indicates that exposure at levels that are commonly found in the environment near cell antennae disrupts insect and bird orientation. Several studies have documented harmful effects of RF on bees, including biochemical changes indicating stress, and declines in colony strength and in the egg laying rate of the queen. Even trees and plants are documented to be sensitive to these frequencies, as many people living near cell towers have noticed.  Yet, new US federal regulations allow these new installations to be exempt from any environmental reviews whatsoever.

In the US, when people try to stop a tower or cellular antenna installation from going up in their neighborhoods, they are often told by their elected officials that these officials cannot talk about health risks from the proposed towers — or else the municipality can be sued. Yes, this is true. Here is how this situation — a gag order — came about.

The Telecommunications Act (TA) of 1996, legislation essentially bought and paid for by internet and phone corporations, was passed the very same year the EPA was defunded on this issue. Section 704 of this Act prohibits state and local governments from considering the environmental effects of cell tower radiation in placement decisions, so long as the radiation does not exceed FCC limits. Although this law was challenged in court early on, some (not all) subsequent rulings have interpreted the law so that communities are now told that they can’t refuse a cell tower on the basis of that community’s human health concerns.

Worse, if you develop brain cancer from cell phone use, cell phone companies claim that you can’t sue them — due to Section 704 of the TA — unless you can prove that you were harmed by cellphone use before 1996, the year that the law was passed. Distinguished researchers statethat cell towers on school property “clearly constitutes a human rights concern”, yet parents are told that because of the Telecommunication Act of 1996, health concerns cannot be used to halt cell towers’ placement on school property.

Now, the boom in this unregulated technology is on in a whole new way. According to the US Labor Department, the rate of cell tower worker accidents has sharply risen over the last few years. Towers are being built at a rapid pace with minimal regulations or worker safeguards.  A Wall Street Journal investigation found that one in ten cellular sites emits levels of radio frequency radiation that exceed even our outdated and non-protective FCC radiation limits. These worker injuries have prompted the International Brotherhood of Electrical Workers to write  to the FCC that  “ensuring compliance with existing FCC RF human exposure limits by the FCC licensee is not effective and cannot/is not being enforced….When there is a hazard, the hazard creator has a duty to warn others against the hazard.”

In 2015, Harvard’s Center for Ethics Press published an exposé by investigative reporter Norm Alster, entitled “Captured Agency: How the Federal Communications Commission is Dominated by the Industries it Presumably Regulates.” Alster explored the financial ties between the telecom industry, Congress and the FCC. Alster documented how the wireless companies use “hardball tactics that recall 20th century Big Tobacco tactics.” The tactics include a massive public relations campaign, well-funded attacks on the reputations of the highly credible scientists who have raised science-based concerns, aggressive legal action, and efforts to influence Congressional committees via campaign contributions to their members. “Consumer safety, health, and privacy, along with consumer wallets, have all been overlooked, sacrificed, or raided due to unchecked industry influence,” he writes. Alster describes the FCC as being “a prime example of institutional corruption.”

This year, the Nation published an investigative report, “How Big Wireless Made Us Think That Cell Phones Are Safe,” which documents “the disinformation campaign — and massive radiation increase — behind the 5G rollout.” The wolf is watching the henhouse.

At the Federal level, regulations are continuing to strip the rights of state and local governments to regulate the 5G build out.  This March, the FCC voted to exempt 5G installations from historical and environmental review with an order entitled “Accelerating Wireless Broadband Deployment by Removing Barriers to Infrastructure Investment.” Communities that oppose the antennas, that want consideration of environmental impacts or that want to restrict the buildout with setbacks and protective municipal codes, are considered “barriers” to the 5G rollout.

Congress has a slew of 5G “streamlining” bills in progress. As you read this article, a new Federal Bill — SB 3157 (below), or “Streamlining The Rapid Evolution And Modernization of Leading-edge Infrastructure Necessary to Enhance  Small Cell Deployment Act” — is being fast-tracked through Congress.

The bill’s three hour hearing, on July 25, 2018, featured the President of the Wireless Association — a former FCC commissioner —  along with other industry leaders, all touting the benefits of 5G. But not one public health expert was invited to give testimony; and 5G health hazards are not part of the 5G rollout discussion in Congress any way. If SB 3157 passes, state and local governments will not have the authority to regulate the wireless installations as they see fit, as they would be pre-empted by the Federal legislation. In addition, the bill would limit fees that local governments can charge telecommunications companies.

The National Governors’ Association opposes this bill, stating, “The Federal government should not grant private businesses favored access to property that it does not own, nor should it regulate the rates that state or local governments charge for use of their property.”

Now is the time for dedicated action. Get informed, and organize your community. The Environmental Health Trust 5G resources includes a comprehensive 5G Factsheet documenting the published science, as well as numerous doctors’ letters urging a halt to the 5G “small cell” rollout.

Let your voice be heard loud and clear. Use the BillCam to tweet the bill sponsors John Thune (R-SD) and Brian Schatz (D-HI), to tweet your friends, and to tweet your Representative, to halt this bill. 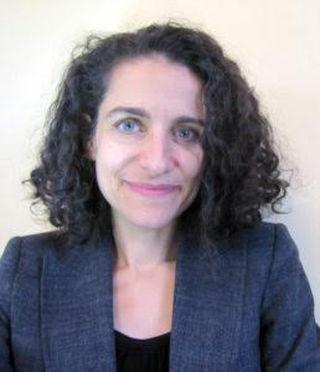