OPINION: Pres. Trump is Right to Defend US Farmers Against Chinese Economic Hegemony 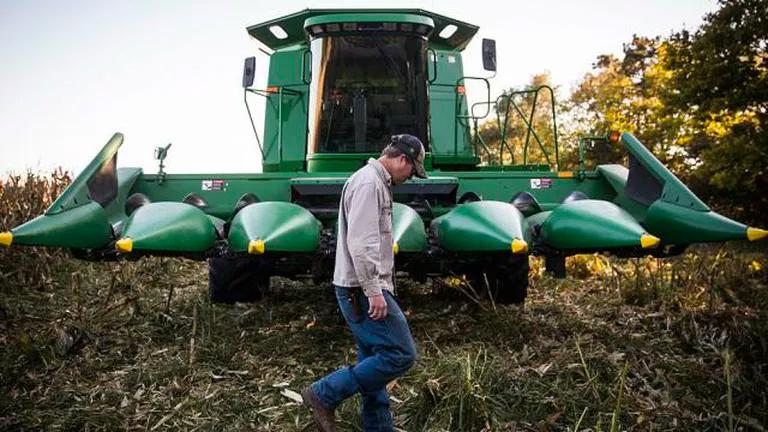 China is threatening American farmers with politically targeted tariffs as it escalates its economic aggression against the U.S.

That has pundits speculating farmers will turn against President Trump for confronting China over its predatory trade practices.

That’s not about to happen. They know the stakes are higher than the price of soybeans this year. What’s at stake is the future of American agriculture — and our country.

Farmers understand better than most the dangers of being at the mercy of vested interests with consolidated economic and political power.

In the 19th and early 20th centuries, they railed against Eastern banks that repossessed homesteads, chafed at railroads that charged extortionist shipping rates, and slammed meatpackers that manipulated markets to drive down prices paid to farmers.

An agrarian populist uprising that fueled the Progressive movement and its trust busting attacks on the monopolies of the time.

Today, China’s communist government represents the consolidation of economic and political power on a scale unimaginable in our country.

Beijing wants to extend its monopoly power globally, and agriculture is on the list of strategic industries to dominate.

China is not content to simply purchase the food it needs on the world market. It seeks to reshape the global agricultural commodity trading system, with a strategic goal of “exercising more than market control over global supplies” of key commodities, analysts say.

You can see China’s vision for the future of agriculture on display today in Brazil, China’s largest supplier of soybeans.

The Chinese government owns farms, provides seeds and inputs, buys and markets the crops and owns the rails, ports and grain carriers that ship the soybeans. The soybeans are grown in Brazil but all value-added processing takes place in China. Let’s go through this step by step.

The Chinese government bought Syngenta, the world’s largest producer of agricultural chemicals. Syngenta sells seeds for the eight crops that account for the majority of global food production, and is a major supplier of agricultural inputs in Brazil.

China bought a 90 percent stake in Brazil’s leading port for soy exports and Chinese companies have plans to build a farm-to-port rail link. They are buying up Brazilian infrastructure just as they have done in Africa.

“They are not doing it for the capitalistic reason of making a profit. The Chinese government will be involved, and they are doing it for geopolitical reasons,” says Robert Grantham, former Brazil country manager for China’s state-owned maritime shipping company, which transports the Brazilian soybeans to China.

Cofco, the Chinese government-owned grain marketer, is now the world’s third largest trading house, right up there with ADM and Cargill. Cofco’s purchase of the Asian and Dutch trade giants Noble and Nidera helps consolidate China’s control of all stages of global grain production and trade.

And China’s interest in agriculture is not limited to soybeans or Brazil.

China got more than the world’s largest pork producer when it bought Smithfield. It acquired the world’s most advanced animal rearing, meat processing and food distribution technology.

China will use this know-how and infrastructure to grab a share of global export markets as well as supply its own domestic market.

If China succeeds in controlling global agriculture, American farmers and ranchers will be relegated to producing crops with seeds, inputs and equipment purchased from China, and selling their harvest to Chinese trading companies.

Commanders in Beijing, not market forces, will set prices and production targets. This is the threat for every industry China has targeted for takeover.

Previous generations of farmers fought national monopolies in the meatpacking, marketing and shipping industries. This generation must confront China’s bid for a global monopoly.

All Americans, rural or urban, rancher or riveter, white collar or blue, will do whatever it takes to maintain our independence and remain masters of our own destiny.

That’s what’s at stake. And it’s a lot bigger than a hill of beans. Even soybeans.

Spread the love
more
This article was originally printed in The Hill and has been reprinted with permission. Martha Boneta is a policy advisor with America First Policies, a nonprofit advocacy group working for a stronger, safer, and more prosperous America. She is a farmer at Liberty Farm in Paris, Virginia. A native Virginian, Martha grew up in Mt. Vernon on what she was told was a part of George Washington’s farmland. Martha Boneta was Voted by Country Woman Magazine as one of the “45 Most Amazing Women in America” and has two bills protecting farmer’s rights named after her. Curtis Ellis is senior policy advisor with America First Policies. He was a senior policy advisor with the Donald J. Trump campaign.
Spread the love
more
Spread the love
more
Previous StoryThis Week in Congress: Trump VS Senate — Congress Quietly Helps Chinese Trade
Next StoryJudge Says ‘No Way’ To Folks Printing Their Own 3-D Guns!
--