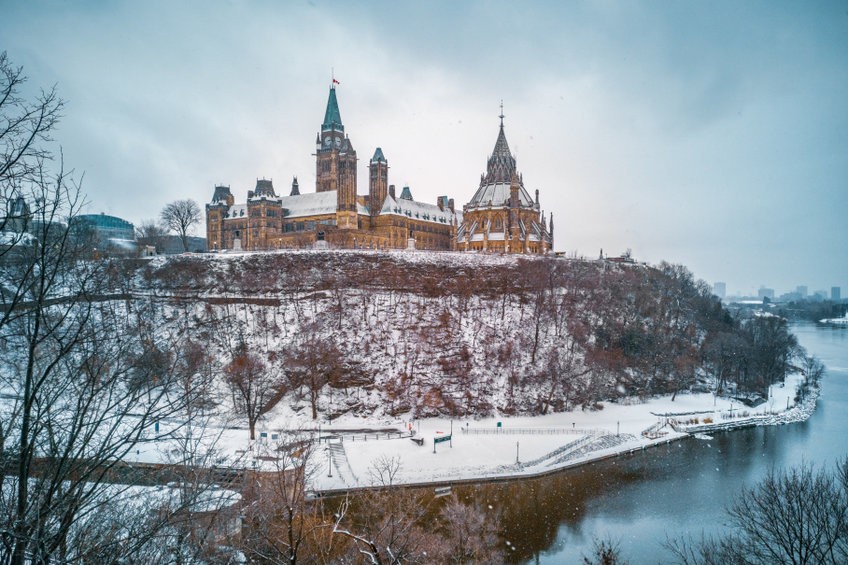 Shockingly, just to reduce emissions to supposedly stop climate change, the city of Ottawa, Canada is following the lead of Germany, Australia, and California that now have among the highest costs for electricity because of their decarbonization efforts.

Ottawa is prepared to bankrupt the city and risk the safety of its most vulnerable citizens to put their plans in place to achieve its “net-zero by 2050” target, regardless of its impact on the lifestyles of its citizens.

The City is totally in sync with the ESG (Environmental, Social and Governance) investments that are all the rage on Wall Street these days. Political leaders like Al Gore, billionaires like Michael Bloomberg, and more than 180 CEOs signed the Business Roundtable corporate purpose statement supporting ESG goals to divest from all 3 fossil fuels of coal, natural gas, and crude oil, just to reduce emissions.

The domino effect of tinkering with the supply chain of fossil fuels is supply shortages and soaring prices for not only electricity, but for the thousands of products that support the entire medical industry, all branches of the military, airports, electronics, communications, merchant ships, container ships, and cruise liners, as well as asphalt for roads, and fertilizers to help feed the world.

What’s Ottawa’s motivation for encouraging deterioration of the oil infrastructure that is guaranteed to inflict irreparable harm to the supply chain of crude oil to refineries that manufacture oil products for the world’s infrastructures and it’s 8 billion people?

Who knows, but efforts to cease the use of crude oil would be the greatest threat to civilization, not climate change. It would result in billions of fatalities from disease, malnutrition, and weather-related deaths. Imagine the cold, misery, and loss of life under a scenario where cities attempt to generate 100 percent of their electricity from breezes and sunshine.

The ESG factors apparently driving Ottawa’s agenda and that of the banking industry are an attempt to bring us back to a world like that in the 1800’s when the world was truly “decarbonized.” Back then, life was hard and dirty, and most people never traveled more than 100-200 miles from where they were born. With no coal or natural gas power plants, life expectancy was short and we had not discovered that crude oil could be manufactured into so many of the vitally important products that we take for granted today.

Indeed, the primary usage of crude oil is NOT for the generation of electricity, but to manufacture derivatives and fuels which are the ingredients of everything needed by our economies and lifestyles to exist and prosper. Energy realism requires that the legislators, policymakers, and media, most of whom demonstrate a pervasive ignorance about crude oil usage, start to understand the staggering scale of the decarbonization movement.

Europe’s obsession with breezes and sunshine has sent electricity prices rocketing. The average cost of electricity for delivery in the short term soared to record levels in 2021, rising over 200 per cent in Germany, France, Spain, and the UK, largely due to their excessive reliance on wind and solar power.

The electricity crunches in Germany, Australia, and California are straining budgets and has become one of the biggest political challenges to protect vulnerable citizens and mid-sized businesses from price increases, fueling (no pun intended) inflation just as governments contend with the spread of the omicron virus variant.

Skyrocketing costs of electricity due to the intermittent generation from breezes and sunshine inflict massive damage on the less fortunate as an unwanted regressive expense. In addition, “green want-to-be” governments like that of the City of Ottawa remain oblivious to United Nations warnings about the negative consequences of the demand for exotic minerals and metals for wind, solar, and EV batteries that includes worldwide ecological degradation and atrocious human rights abuses.

They also appear ignorant of the fact that at least 80 percent of humanity, or more than 6 billion people, are now living on less than $10 a day and billions have little to no access to electricity. They would love to have the fossil fuels that have so blessed our societies. Yet Canadian and American politicians are pursuing the most expensive ways to generate intermittent electricity from wind and solar power, while subsidizing the working poor to hide the real costs of their plans. Third-world governments cannot subsidize themselves out of a paper bag. Their poor must bear the brunt of any virtue signaling their governments might engage in.

No wonder India, China and other coal-dependent developing nations rejected developed countries’ attempts to commit them to phasing out “unabated” coal-fired power at the UN’s climate change meeting in Scotland. India’s Minister for Environment and Climate Bhupender Yadav put it well:

“To demonize fossil fuel will only hurt ourselves.”

In addition, Asians and Africans, many of them children from the poorer and less healthy countries, are being enslaved and are dying in mines and factories to obtain the exotic minerals and metals required for the green energy technologies Ottawa politicians and other western leaders so favor. The 2-minute video from Planet of the Humans illustrates the “blood minerals” needed for EV batteries, solar panels, and wind turbines.

Depriving its citizens of the more than 6,000 products that were non-existent before 1900, made from the oil derivatives manufactured from crude oil, as so many politicians across the developed world are planning to do, is immoral as extreme shortages will result in fatalities from diseases, malnutrition, and weather-related deaths.

As the City of Ottawa pursues electrification of it grid from breezes and sunshine, and electrification of all of its vehicles, at any cost, it remains oblivious to the real world needs of its citizens. To learn more about this travesty, please see “A CAUTIONARY TALE FOR GOVERNMENTS AROUND THE WORLD,” the January 19, 2020 report of the International Climate Science Coalition – Canada that thoroughly deconstructs Ottawa’s dangerous plans.

Ron Stein is an engineer who, drawing upon 25 years of project management and business development experience, launched PTS Advance in 1995. He is an author, engineer, and energy expert who writes frequently on issues of energy and economics.