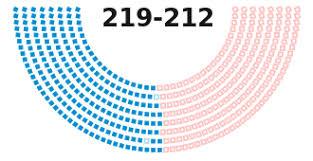 As I completed my read of The American Rescue Plan Act of 2021, with its price tag of $1.9 trillion, I was filled with mixed emotions. As a fiscal conservative, I winced at the cost. When this bill passes, Congress will have authorized a total of $5.3 trillion in COVID relief. This will pile onto an already hefty public debt of $26.9 trillion.

I also thought of the damage caused, especially to the working and middle class and small business, during the last recession and now, again, in 2020-2021. As many as 25.5 million Americans are unemployed or underemployed and desperate. The income gap has done nothing but grow between the haves and the have-nots.

But I also considered this bill’s laser focus on funds for public health and the least advantaged Americans, and the urgency it places on the re-opening of schools, the economy, and small businesses. The American Rescue Plan Act is all about growth from the bottom up. It is, simply put, a bill with a heart. And it may deliver the best chance yet of kicking the economy and employment back into pre-pandemic gear.

Ironically, the 2017 Tax Cut and Jobs Act (a.k.a. H.R. 1), touted by largely Republican supporters, had also been a bill expected to accelerate economic growth and create new jobs. But in fact it did neither. Rather, it ended up enriching large corporations and the wealthy and contributing to an even larger deficit and negative impact to the Nation’s budget of $1.9 trillion.

H.R. 1319 is in contrast, a very popular bill among Americans and the Nation’s mayors who “know a thing or two because they’ve seen a thing or two” about what’s happening in the real world. Surveys show that 76% of Americans support passage of the legislation, including 60% of Republican voters, 71% of independents and 89% of Democrats. And 71% of those who earlier received  stimulus payments say the money was very important or somewhat important to their near-term financial situation. In addition, the Nation’s mayors, as represented by the transpartisan  the United States Conference of Mayors applauds its passage. Finally, despite strong objections by the GOP, not one of whose members voted for this bill, 425 GOP mayors have come out in support of it, citing that the aid would enable them to continue to fund basic services such as police, fire, schools and emergency services.

Despite this popularity at the nonpartisan grassroots, opposition among conservatives leaders has been harsh: these have included criticisms ranging from assertions that it includes wasteful spending on Democrats’ pet/pork initiatives, to claims of state and local aid disproportionately benefiting “Blue” states over “Red” states, to the notion that the economy is improving and only lockdowns and supply constraints are hindering progress, and much more. Further, Republican leaders say that they were shut out of negotiations due to the reconciliation process, a special process that makes it easier to pass bills – a simple majority is required, versus 60 votes in the Senate; at which point this majority pushes the writing of the bill and its components to committees. Both parties have used “reconciliation” and it was last used to pass the dubious 2017 Tax and Jobs Act mentioned above.

The official Bureau of Labor Statistics (BLS) unemployment reports recently showed 10.1 million unemployed. But this  official calculation is deceptive. Because the report is derived from a survey, to be classified as unemployed you have to have been looking for a job in the past four weeks. And the numbers do not take into account the employed whose hours or pay have been cut. When taking into account those that are unemployed, underemployed  and those who have given up looking, as mentioned above, a full 25.5 million people – 15% of the work force – are still negatively affected by the pandemic from an employment perspective. This is comparable to the 2nd highest rate of unemployment in U.S. history,  when it remained above 14% at various points during the Great Depression, from 1931 to 1940.

For those of us who are doing better, it is hard to imagine how bleak it really is for those 25.5 million people. For wealthier Americans, stock portfolios have been rising and they are pocketing savings from the reduced costs of working as our commuting costs have dwindled to zero. Industries such as banks and finance, technology, healthcare providers and telehealth services, cleaning, delivery and tutoring services, alcoholic beverages and liquor stores, grocery stores, food packaging and distribution, cleaning suppliers, game companies, fitness equipment and more, are doing well, maybe even better in this crisis.

But those who are self-employed, small business owners, or who worked in travel, transportation and leisure, live venue entertainment, music and motion picture, restaurants, movie theaters, construction, support jobs for mining and oil and gas extraction, laundry, dry cleaning and personal service, jobs manufacturing food, clothing and other goods, are struggling. It doesn’t matter how hard they try: many cannot find a job. Some are making difficult transitions to new jobs and new skills and that takes time. However, those that are unemployed or have dropped out of the work force, given up looking or simply cannot work for other reasons – i.e. children or elderly at home — are at historic levels. And employment always lags after the reopening of the economy. Hence the unemployed will have to wait longer as the economy opens back up.

Also, while the GOP fought hard to exclude provisions for State and Local assistance in prior bills and in this one, education, municipal and state worker unemployment is at a higher level than the Nation’s average.  While the arguments for and against state and local aid are strong on both sides of the aisle, history has shown that state and local governments put a drag on the recovery in the last down-turn, taking years to catch up with the private sector. This bill will help cities and states maintain basic services for police, fire and emergency services and help them accelerate their reopening.

So, what is in this bill that is so important to the recovery of the economy? See below.

Selected Highlights From the American Rescue Plan of 2021

Overall, the bill heavily funds healthcare and vaccine sourcing and delivery – to the tune of $176 billion; recovery efforts; and help for the lowest income families.

Health insurance subsidies and Medicaid will take up $35 billion in spending and specifically would make federal premium subsidies for Affordable Care Act policies more generous and would eliminate the maximum income cap for two years. The bill:

In addition, the tax credits for families are notable. The child tax credit was created in 1997 but currently leaves out a full third of all children from accessing the maximum benefit.  Right now, the credit is tied to a family’s tax burden. What this means is that those who have no tax liability after deductions are not eligible. About 48 million families benefit from the credit, which phases out for single parents earning more than $200,000 or married couples earning more than $400,000. Removing the provision that ties the credit to tax liability makes it fully refundable. This means that families who owe $0 in taxes could still get the full child tax credit back. This potentially could help an estimated 27 million children in families that do not yet receive the full benefit, according to the Center on Budget and Policy Priorities. This provision alone may cut child poverty in half, according to the Center on Poverty and Social Policy at Columbia University.

Connecticut’s Congresswoman Representative Rosa DeLauro, my Congresswoman, deserves a moment of recognition here. For nearly 20 years, DeLauro, a 16th term Congresswoman, and newly appointed chair of the House Appropriations Committee, has been taking every opportunity to promote extending the child tax credit. She has been a lone proponent of its expansion until recently and has also garnered support from Republicans such as Senators Mike Lee, Marco Rubio and Mitt Romney.

So overall, this is a very expensive bill with some bold efforts included. But if it works as intended, the pay-off and pay-back could very well be worth it and provide economic benefits for lower income Americans for years to come.

Charlotte Walker is a board member and advisor for early to mid-stage technology companies, including Daily Clout, Inc. As an entrepreneur and former CEO, start-up/early stage venture capitalist and Wall Street analyst, her passion is innovation and the business and capital formation process.
Spread the love
more
Spread the love
more
Previous StoryOpinion: “Covid-19 Variants and the Safety of Students”
Next StoryOpinion: “Chinese Media Goes Overboard to Cover Embarrassment on Its LAC Assertiveness”
--