OPINION: “Globalization, Not Tariffs, Is Killing US Jobs” 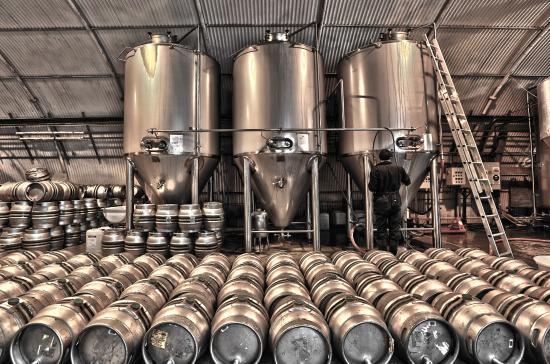 This article originally appeared in WNT and has been reprinted with permission.

President Trump has declared the United States must have the ability to produce aluminum and steel here at home. He backed up his words with action and imposed an import tax, or tariff, to protect America’s strategic industries from being totally wiped out by imported metals.

That has Canadian and European brewers griping that they will have to pay a penny more for the aluminum that goes into a six-pack.

After taking over the American beer market and making a fortune here, the foreign conglomerates that own Budweiser, Miller and Coors now trash our president’s efforts to ensure Americans are producers as well as consumers.

Poor me, poor me, pour me another beer.

It’s no surprise they side with Canada and Europe rather than with President Trump.

But the shiny object they’re pointing to is not a beer can – it’s a bright lie designed to distract from their own job-killing behavior.

The truth is, consolidation in the beer business is killing jobs, not tariffs.

Maybe the brewers had a blackout, so let’s refresh their memory.

When the Belgian conglomerate InBev took over Anheuser-Busch in 2008, they proceeded to cut hundreds of jobs, many right in St. Louis where Bud was born 1852.

The Belgian takeover of Anheuser-Busch made it the world’s largest brewer. Not content, it made a move on the world’s No. 2 brewery, SABMiller, that also owned Molson and Coors.

That merger gave the new, combined Belgian mega-company control over one third of the world’s beer.

It then shut down the Miller brewery in Eden, North Carolina, killing hundreds of well-paying jobs in a rural corner of the state where jobs are few. The plant had been named Brewery of the Year many years in a row, and produced 4 percent of all the beer brewed in the U.S.

That facility also brewed Pabst beer on contract, so by shutting down the brewery, the foreign Coors-Miller-Molson-Budweiser conglomerate kneecapped a competitor.

Sen. Thom Tillis, R-N.C., understood the effect corporate consolidation would have on his state. In a letter to the Senate’s Antitrust, Competition Policy and Consumer Rights committee, he said the merger should not go ahead “until reasonable steps are taken to protect these jobs” in Eden at the Miller brewery. Those steps were never taken.

The shutdown was a catastrophe for the plant’s hundreds of workers and for the entire community. Ball Corporation, the company that made the cans for MillerCoors, lost its biggest customer, so it closed its nearby cannery, destroying more jobs.

This is the domino effect of plant closures – when one company goes away, the upstream suppliers disappear too, along with their jobs.

That simple and obvious reality rubbishes Miller’s excuse that “there simply isn’t enough [American aluminum] supply to satisfy the demands of American beverage makers like us.”

No wonder. There isn’t enough domestic aluminum because after suffering decades of surging imports and the offshoring of so many of its industrial customers, the U.S. aluminum industry went from producing 30 percent of the world’s primary (not recycled) aluminum to producing 3.5 percent.

Now that President Trump is putting tariffs in place, American aluminum smelters are reopening and expanding. Korean companies that have been selling foreign-made washing machines in the U.S. below the cost of production are now opening factories in South Carolina and Tennessee and hiring Americans.

Pat Buchanan trenchantly observed, “We have to ask ourselves as conservatives what it is we want to conserve in America. I believe in the market system, but I don’t worship the market system. I don’t worship at the altar of economic efficiency, as I believe some so-called conservatives do. To prefer a 100,000-hog confinement to hundreds of family farms, it seems to me, is not conservatism. I mean, that’s to worship at a supermarket civilization.”

While foreign conglomerates complain about the measly cost of tariffs, they ignore how consolidation has cost Americans their jobs.

President Trump understands that Americans must be producers or we won’t have the money to be consumers.

It’s time the think tank academics and dealmakers on Wall Street figured that out.

Spread the love
This DailyClout article is the writer’s opinion.
One of our country’s most important freedoms is that of free speech.
Agree with this essay? Disagree? Join the debate by writing to DailyClout HERE.
Spread the love
Previous StoryDAILYCLOUT’S FIRST GEOENGINEERING REPORT: IS HARVARD SPRAYING UNCONSENTING ARIZONANS TO TEST A “SUNSHADE WORLD”
Next StoryOPINION: “Dissecting Trump’s Efforts to Place Himself Above the Law”