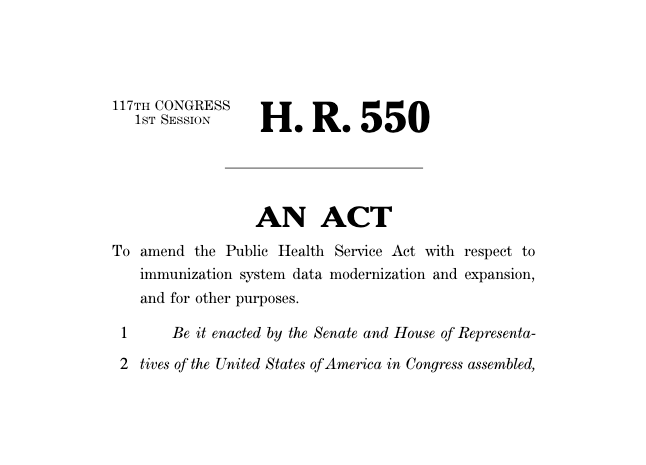 A national database for tracking the vaccinated is in the works, and it has already passed the House. Called the H.R. 550 – Immunization Infrastructure Modernization Act of 2021, the measure was debated for just 40 minutes, and the recorded vote revealed all Democrats and 80 Republicans voted in favor of passage – 294 in total.

On December 1, 2021, H.R.550 was read twice in the U.S. Senate and sent to the Health, Education, Labor & Pension Committee (known as the HELP Committee). The bill appropriates $400 million to develop and implement a national immunization record tracking system for use federally, by states, by local municipalities, by US territories and even sovereign nation tribal areas. If passed, it will be operational within a year.

This is concerning on many levels.

Your voice is needed!  Because you are a resident of one of the following states highlighted in yellow, you have a Senator who is on the HELP Committee, and as their constituent, you can speak more weightily into this legislation.

BILLCAM– Use our interactive website to look up your U.S Senator! Call their office or email them today!