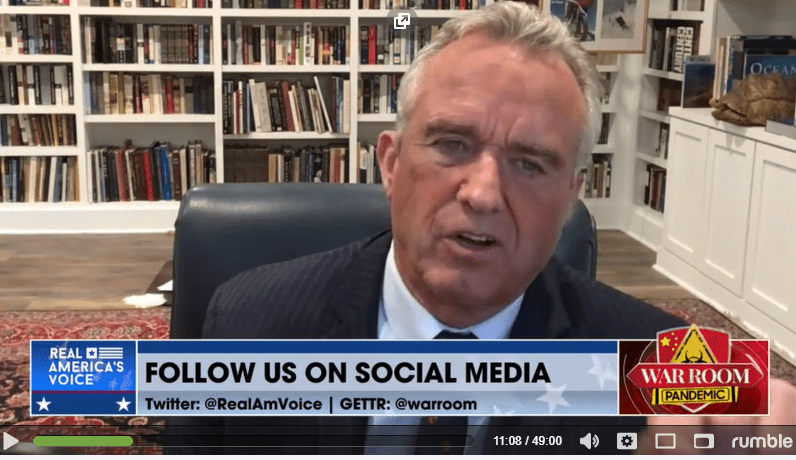 Robert Kennedy, Jr., author of “The Real Anthony Fauci” and founder of Children’s Health Defense details the bad science and corrupted bureaucrats that have characterized the COVID pandemic and their frightening efforts to enforce vaccine mandates and passports on all of us.

Help DailyClout spread the truth by sharing this video.

If you’re able, please consider a  donation to DailyClout.