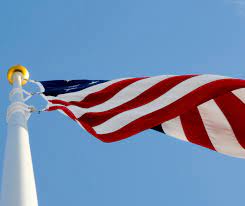 K-12 Public Education is the New Political Battleground!
2022’s political battleground is K-12 Education. What’s the danger to our nation due to the K-12 public school union takeover? The fight is not just to resurrect education, but to halt the eventual destruction of the Constitutional United States of America.
In the early ‘90s, a distinct strategy by school administrators, staff, and school boards to dodge parents became apparent. Unfortunately, at that time, convincing other parents to take action was problematic.
By 2018 parents were mostly unaware of controversial curriculum content. More astonishing, they did not know local schools were government bureaucracies governed by an elected board. And, few knew of the process available to them for airing grievances.
The sad reality is, most young adults today are ignorant about government, civics, and history. Even though state laws require teaching US history/Constitution annually in grades 8-12, U.S. exceptionalism is omitted in favor of globalism, and social/restorative justice.
Our nations’ public institutions have been conned into promoting their own destruction, and the citizens foot the bill.  Students are taught the United States is evil, questioning the motive of the founders’ revolution against a tyrannical government. Individual freedom has been replaced with love of the “collective,” and hate for capitalism. With Critical Race Theory actively promoted, students are becoming militant activists protesting everything from free speech, to “rights” for menstrual freedom.
Recently, the National School Board Association (NSBA) in concert with the National Education Association (NEA) made it clear, in a letter to the President, “news of extremist hate organizations showing up at school board meetings is being reported,…this is a critical time for a proactive approach to deal with this difficult issue.” They called for, “an Executive Order to enforce all applicable federal laws.” This extreme allegation and mischaracterization  of parents/citizens, using their free speech rights is proof parents are not welcome in the policy making process!
The scope and intensity of the agenda to steal parents’ rights has escalated dramatically. Schools now, ask students  to identify their gender and sexual orientation, often in grade school. Teachers and counselors, in the name of confidentiality, purposely keep information about students secret from parents using a GLSEN Model Policy. School medical clinics prescribe medications, and refer minors for surgical procedures without parent knowledge or permission.
SEICUS, Sex Ed for Social Change, announced their “plan for large-scale culture shift that sex education has the power to create,” is to turn students away from parents, causing them to question the efficacy of the traditional family. Bogus “sexual rights are taught in Health class; only students can decide, who or when to engage in a sexual relationship. School Based Health Clinics, an integral part of this scheme, provide (with federal funding) counseling and medical services without parent knowledge, or permission.
Students, encouraged at a young age to determine who they really are…even take steps to become the opposite biological sex. They are “protected” from their parents who are deliberately kept out of the equation, as school boards and districts adopt policies to protect confidentiality from parents.
Social Emotional Learning core competencies train children in consequentialist moral reasoning. Teachers are fired for voicing their concerns. Right and wrong, absolutes which have been the foundation of our culture, are passé. Instead of internalizing the truths proposed by their faith and their families, SEL children rely on themselves, their peers, and the progressive culture.
The long slide into the Anti-American mindset has precipitated politically into loss of individual freedom beginning at the local level, particularly school boards. Local school boards are controlled by the public employee unions. Even Superintendents, hired by the board, refuse to implement policies contrary to union agenda.
The latest beta test is Newberg, Oregon, approximately 25 miles southwest of Portland. It’s a small town of 24,000, boasting a long history of conservative values. Newberg School District became volatile when the majority passed a policy allowing only the US and state flags on permanent display in classrooms, and school grounds. That vote precipitated an astonishingly vicious political fight.
K-12 public education is the new political battleground. We cannot rely on national presidential, or state gubernatorial elections to fix our troubled nation under attack. Citizens are now awakened to the reason why politics cannot be denied, or avoided. And, don’t under-estimate the passion of parents and families. They have had enough. Governor Glenn Youngkin’s Virginia race, in which the parents’ rights issue was a factor, is the first of many upsets. Watch for the ground swell with school board races, and wins in 2022. Parents will always fight for the welfare of their children!
Suzanne Gallagher
Executive Director
Parents’ Rights in Education
For Additional Context READ HERE
Spread the love
more
Spread the love
more
Previous Story[VIDEO] “K-12 Political Battleground”
Next StoryTwitter Permanently Suspends Marjorie Taylor Greene
--