In Defense of a Warrior 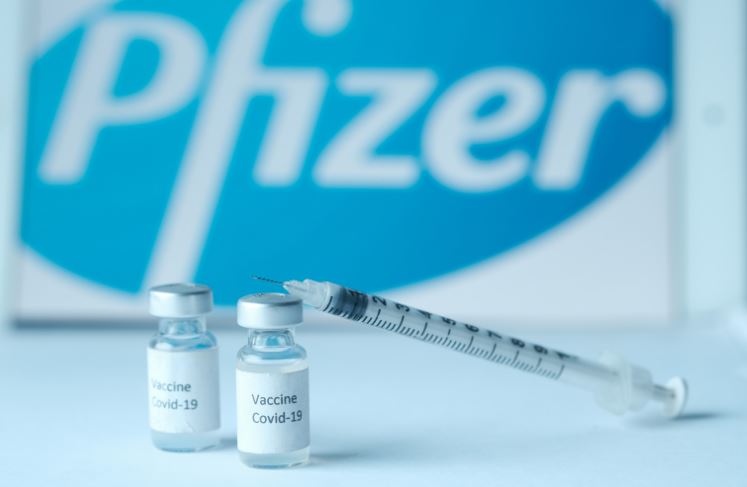 Lines are drawn, and information battles continue on.

The CDC has been under SERIOUS heat, and the temperature is only going to rise from here. They’re backtracking statements, “restructuring” the organization, distancing from Rachelle Walensky, all while they continue to push the Covid vaccine and lash out at anyone who dares criticize it. We now know that the CDC has no problem using its federal weight to influence the public conversation by triggering a smear campaign of a journalist they don’t like by requesting that Twitter ban their account, and this must be kept in mind as background to this story.

Dr. Naomi Wolf and the Daily Clout team have come under fire for a recent report released. Like any responsible journalist, as soon as they were made aware that their report was based on erroneous information, they issued an immediate clarification and updated the report. Dr. Wolf is a journalist with a top-notch background and a rich career. She’s written 10 books, bestsellers among them, and she founded a successful tech company who’s backbone is journalism.

I find it extremely cynical that the outlets and personalities who gleefully jumped down her throat the minute they were able to catch her in an error, completely ignore all of her other reporting. After all, this demonstrates that if they CAN find an error- they’ll be quick to point it out. I think we can conclude from this that they’re well aware of her work, and simply cannot refute her other claims, so therefore they ignore it.

Where Would We Be If Not for Them?

Dr. Wolf, Amy Kelly and her team have broken a dizzying number of stories and reports that have sparked lawsuits and civic actions that are resulting in a literal change in the course of the history of the United States. They’ve broken headlines that should be plastered across every single media outlet in the country, if not the world. They’re forcing us to confront the moment we’re in, as painful as it is, because facing the hard truth is the only way through it. I shudder to think where we’d be if not for the strong action taken by Mr. Steve Bannon, Dr. Naomi Wolf, and the determined army of volunteer citizens, alongside other citizen civil action groups that have formed to meet the times we’re in and fight like hell for our freedoms.

If not for them, we’d be in the dark. We’d know something was wrong, yet so many pieces of this insane puzzle would be lost to us, and we would be facing the impending chaos blind. This is a war on information, it’s a war for our minds and our bodies, both in a literal sense. Dr. Wolf went from being the absolute DARLING of the media throughout her long career as a journalist focused on health and women’s issues, yet the moment her focus became inconvenient for the out of control administrative state and their media mouthpieces, she became persona non grata overnight.

Here’s some actual misinformation – when will there be a campaign to hold Rachel Maddow accountable for her outright lies, that she NEVER owned up to?

It’s disgusting, and we need to call out the losers who don’t hold a candle to Dr. Wolf and PUSH BACK. They can’t get away with pouncing on a piece of information that they think they can use to both discredit her and advance their agenda, while ignoring all the other work she’s put out regarding the dangers of the vaccine. So let’s go over some of that work. Much of it is backed up by other doctors, journalists and scientists in the Substack orbit.

Since Dr. Wolf faced on onslaught of digital “gotchas” due to one of her many news stories about miscarriages and fertility, let’s focus on that.

The above examples barely scratch the surface of the fallout from the Covid vaccine – none of which were publicly disclosed to the general population prior to vaccination. Dr. Wolf coined the term “Baby Die Off”, and while that might seem harsh, if the above examples are an indicator, that’s exactly what it is, as pregnancies are failing at a high rate, with a drop in birth rate that seems to be following vaccination campaigns and hasn’t shown any sign of slowing down.

It Doesn’t Hurt to Ask

I called the CDC hotline to ask them what their official guidance is regarding pregnant women and the Covid vaccine. Once I got Stacy on the line and she finished her scripted shpiel about being tested for safety and efficacy, I asked her why they’re still recommending the vaccine for pregnant women, when real world experience is showing much more harm than they’re publicly admitting. I asked if she’d be interested in becoming a whistleblower. Obviously, she ignored my question and kept repeating party lines, but it would be pretty cool if a bunch of us make it a trend to randomly call the CDC and FDA hotlines when you have a few minutes free and ask the agent to become a whistleblower.

Senator Ron Johnson issued a plea to doctors to SPEAK UP about what we’re seeing – in order to reach a critical mass of those who understand, people need to speak without fear.

We’re in uncharted waters, and the best way to get through this is to understand what we’re facing. That’s a lot easier said than done in this environment of censorship and smear campaigns. In this fog of war, we must stand up for those standing up for truth on behalf of humanity in the face of evil.

Spread the love
This DailyClout article is the writer’s opinion.
One of our country’s most important freedoms is that of free speech.
Agree with this essay? Disagree? Join the debate by writing to DailyClout HERE.
Spread the love
Previous StoryBreaking Down the Most Popular Abortion Arguments
Next StoryMassive Miscarriage Rates Among Vaccinated Pregnant Women Found Buried In The Pfizer Documents