How Can We Trust Institutions that Lied? 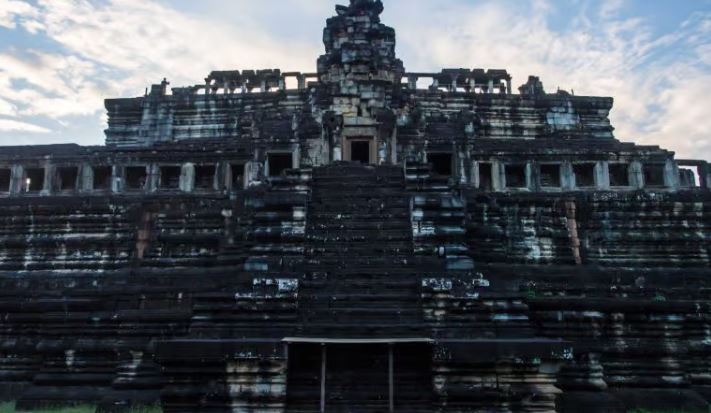 Trust the Authorities, trust the Experts, and trust the Science, we were told. Public health messaging during the Covid-19 pandemic was only credible if it originated from government health authorities, the World Health Organization, and pharmaceutical companies, as well as scientists who parroted their lines with little critical thinking.

In the name of ‘protecting’ the public, the authorities have gone to great lengths, as described in the recently released Twitter Files (1,2,3,4,5,6,7) that document collusion between the FBI and social media platforms, to create an illusion of consensus about the appropriate response to Covid-19.

From fact-checkers like NewsGuard, to the European Commission’s Digital Services Act, the UK Online Safety Bill and the BBC Trusted News Initiative, as well as Big Tech and social media, all eyes are on the public to curtail their ‘mis-/dis-information.’

But is it possible that ‘trusted’ institutions could pose a far bigger threat to society by disseminating false information?

Although the problem of spreading false information is usually conceived of as emanating from the public, during the Covid-19 pandemic, governments, corporations, supranational organisations and even scientific journals and  academic institutions have contributed to a false narrative.

Falsehoods such as ‘Lockdowns save lives’ and ‘No one is safe until everyone is safe’ have far-reaching costs in livelihoods and lives. Institutional false information during the pandemic was rampant. Below is just a sample by way of illustration.

The health authorities falsely convinced the public that the Covid-19 vaccines stop infection and transmission when the manufacturers never even tested these outcomes. The CDC changed its definition of vaccination to be more ‘inclusive’ of the novel mRNA technology vaccines. Instead of the vaccines being expected to produce immunity, now it was good enough to produce protection.

The authorities also repeated the mantra (at 16:55) of ‘safe and effective’ throughout the pandemic despite emerging evidence of vaccine harm. The FDA refused the full release of documents they had reviewed in 108 days when granting the vaccines emergency use authorization. Then in response to a Freedom of Information Act request, it attempted to delay their release for up to 75 years. These documents presented evidence of vaccine adverse events. It’s important to note that between 50 and 96 percent of the funding of drug regulatory agencies around the world comes from Big Pharma in the form of grants or user fees. Can we disregard that it’s difficult to bite the hand that feeds you?

The vaccine manufacturers claimed high levels of vaccine efficacy in terms of relative risk reduction (between 67 and 95 percent). They failed, however, to share with the public the more reliable measure of absolute risk reduction that was only around 1 percent, thereby exaggerating the expected benefit of these vaccines.

They also claimed “no serious safety concerns observed” despite their own post-authorization safety report revealing multiple serious adverse events, some lethal. The manufacturers also failed to publicly address the immune suppression during the two weeks post-vaccination and the rapidly waning vaccine effectiveness that turns negative at 6 months or the increased risk of infection with each additional booster. Lack of transparency about this vital information denied people their right to informed consent.

They also claimed that natural immunity is not protective enough and that hybrid immunity (a combination of natural immunity and vaccination) is required. This false information was necessary to sell remaining stocks of their products in the face of mounting breakthrough cases (infection despite vaccination).

In reality, although natural immunity may not completely prevent future infection with SARS-CoV-2, it is however effective in preventing severe symptoms and deaths. Thus vaccination post-natural infection is not needed.

The WHO also participated in falsely informing the public. It disregarded its own pre-pandemic plans, and denied that lockdowns and masks are ineffective at saving lives and have a net harm on public health. It also promoted mass vaccination in contradiction to the public health principle of ‘interventions based on individual needs.’

It also went as far as excluding natural immunity from its definition of herd immunity and claimed that only vaccines can help reach this end point. This was later reversed under pressure from the scientific community. Again, at least 20 percent of the WHO’s funding comes from Big Pharma and philanthropists invested in pharmaceuticals. Is this a case of he who pays the piper calls the tune?

The Lancet, a respectable medical journal, published a paper claiming that Hydroxychloroquine (HCQ) — a repurposed drug used for the treatment of Covid-19 —  was associated with a slight increased risk of death. This led the FDA to ban the use of HCQ to treat Covid-19 patients and the NIH to halt the clinical trials on HCQ as a potential Covid-19 treatment. These were drastic measures taken on the basis of a study that was later retracted due to the emergence of evidence showing that the data used was false.

In another instance, the medical journal Current Problems in Cardiology retracted —without any justification— a paper showing an increased risk of myocarditis in young people following the Covid-19 vaccines, after it was peer-reviewed and published. The authors advocated for the precautionary principle in the vaccination of young people and called for more pharmacovigilance studies to assess the safety of the vaccines. Erasing such findings from the medical literature not only prevents science from taking its natural course, but it also gatekeeps important information from the public.

A similar story took place with Ivermectin, another drug used for the treatment of Covdi-19, this time potentially implicating academia. Andrew Hill stated (at 5:15) that the conclusion of his paper on Ivermectin was influenced by Unitaid which is, coincidentally, the main funder of a new research center at Hill’s workplace —the University of Liverpool. His meta-analysis showed that Ivermectin reduced mortality with Covid-19 by 75 percent. Instead of supporting Ivermectin use as a Covid-19 treatment, he concluded that further studies were needed.

The suppression of potentially life-saving treatments was instrumental for the emergency use authorization of the Covid-19 vaccines as the absence of a treatment for the disease is a condition for EUA (p.3).

Many media outlets are also guilty of sharing false information. This was in the form of biased reporting, or by accepting to be a platform for public relations (PR) campaigns. PR is an innocuous word for propaganda or the art of sharing information to influence public opinion in the service of special interest groups.

The danger of PR is that it passes for independent journalistic opinion to the untrained eye. PR campaigns aim to sensationalize scientific findings, possibly to increase consumer uptake of a given therapeutic, increase funding for similar research, or to increase stock prices. The pharmaceutical companies spent $6.88 billion on TV advertisements in 2021 in the US alone. Is it possible that this funding influenced media reporting during the Covid-19 pandemic?

Lack of integrity and conflicts of interest have led to an unprecedented institutional false information pandemic. It is up to the public to determine whether the above are instances of mis- or dis-information.

Public trust in the Media has seen its biggest drop over the last five years. Many are also waking up to the widespread institutional false information. The public can no longer trust ‘authoritative’ institutions that were expected to look after their interests. This lesson was learned at great cost. Many lives were lost due to the suppression of early treatment and an unsound vaccination policy; businesses ruined; jobs destroyed; educational achievement regressed; poverty aggravated; and both physical and mental health outcomes worsened. A preventable mass disaster.

We have a choice: either we continue to passively accept institutional false information or we resist. What are the checks and balances that we must put in place to reduce conflicts of interest in public health and research institutions? How can we decentralize the media and academic journals in order to reduce the influence of pharmaceutical advertising on their editorial policy?

As individuals, how can we improve our media literacy to become more critical consumers of information? There is nothing that dispels false narratives better than personal inquiry and critical thinking. So the next time conflicted institutions cry woeful wolf or vicious variant or catastrophic climate, we need to think twice.

Many thanks to Jonathan Engler, Domini Gordon and Chris Gordon for their valuable review and feedback.

This article was republished from Brownstone Institute

Abir Ballan is the co-founder of THiNKTWICE.GLOBAL — Rethink. Reconnect. Reimagine.. She has a Masters in Public Health, a graduate certificate in special needs education and a BA in psychology. She is a children’s author with 27 published books.

Spread the love
This DailyClout article is the writer’s opinion.
One of our country’s most important freedoms is that of free speech.
Agree with this essay? Disagree? Join the debate by writing to DailyClout HERE.
Spread the love
Previous StoryFacebook Is Dead Unless You Post Something that Does Not Matter
Next StoryA Story We Need: Why “Mr. Smith Goes to Washington” is the Perfect Antidote to Our Times