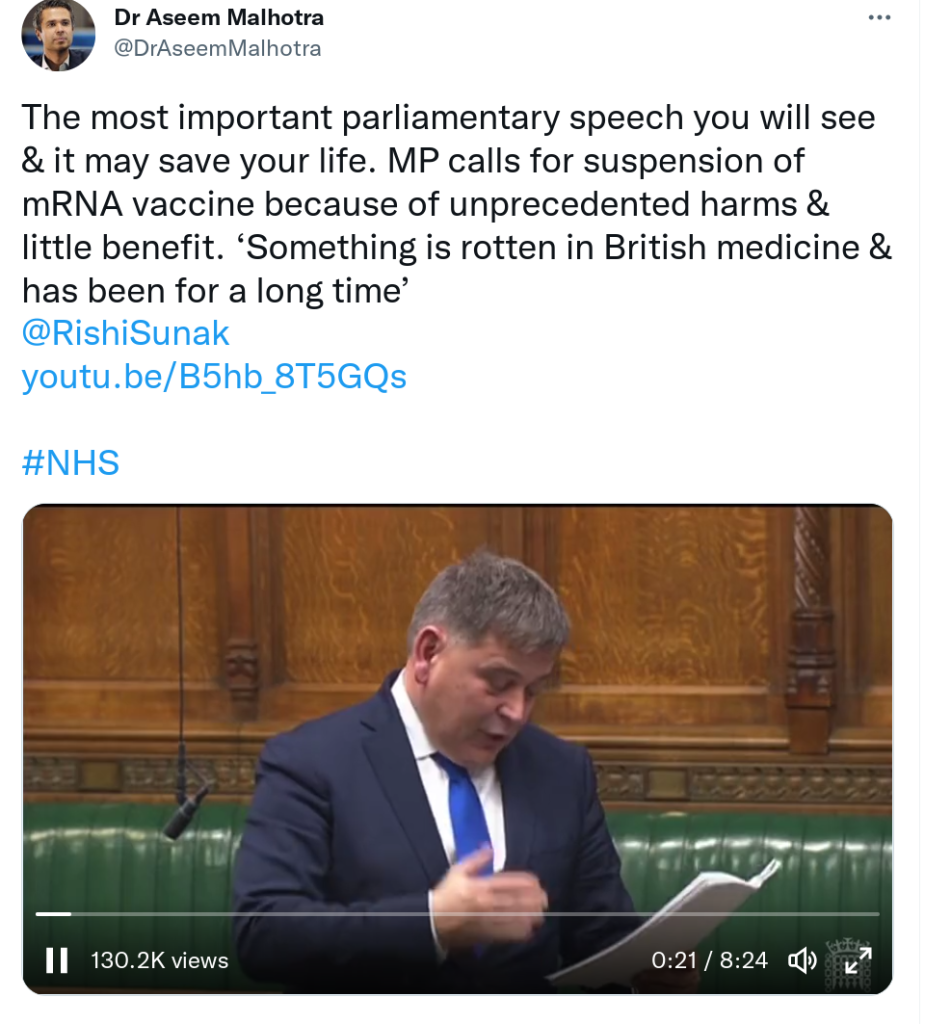 Within the last week, there have been some stunning developments in the medical freedom movement’s efforts to halt the COVID mRNA vaccines and bring to light criminal behavior by pharmaceutical companies and government agencies. Dr. Naomi Wolf appeared on WarRoom to discuss:

1- Andrew Bridgen, Member of the UK Parliament, gave a speech yesterday in which he called for halting the COVID vaccine program immediately. MP Bridgen revealed an overt coverup of research by a leading member of the British Heart Foundation that connected heart inflammation with mRNA vaccines. 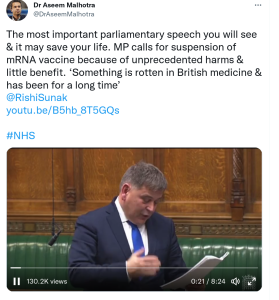 The full video of his speech in parliament: 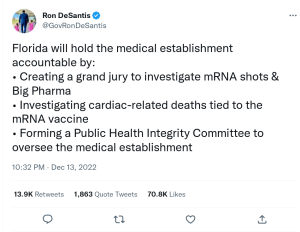 
4. Elon Musk followed up on his Prosecute/Fauci tweet this morning with an emoji that confirms an upcoming release of The Twitter Files will include information that Twitter and the US Government (Fauci specifically) colluded to censor COVID tweets that were off-script. 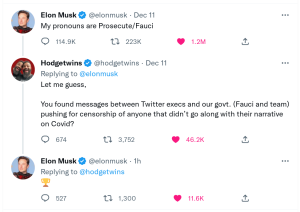 The combination of the above forces along with a newly robust conversation in the online sphere with the Twitter reinstatement of leading physicians allows for optimism that the COVID information dam is well and truly on its way to breaking.

Spread the love
This DailyClout article is the writer’s opinion.
One of our country’s most important freedoms is that of free speech.
Agree with this essay? Disagree? Join the debate by writing to DailyClout HERE.
Spread the love
Previous StoryUganda Receives First Batch of Ebola Trial Vaccines
Next StoryFollow the Science: Lockdowns Go Viral