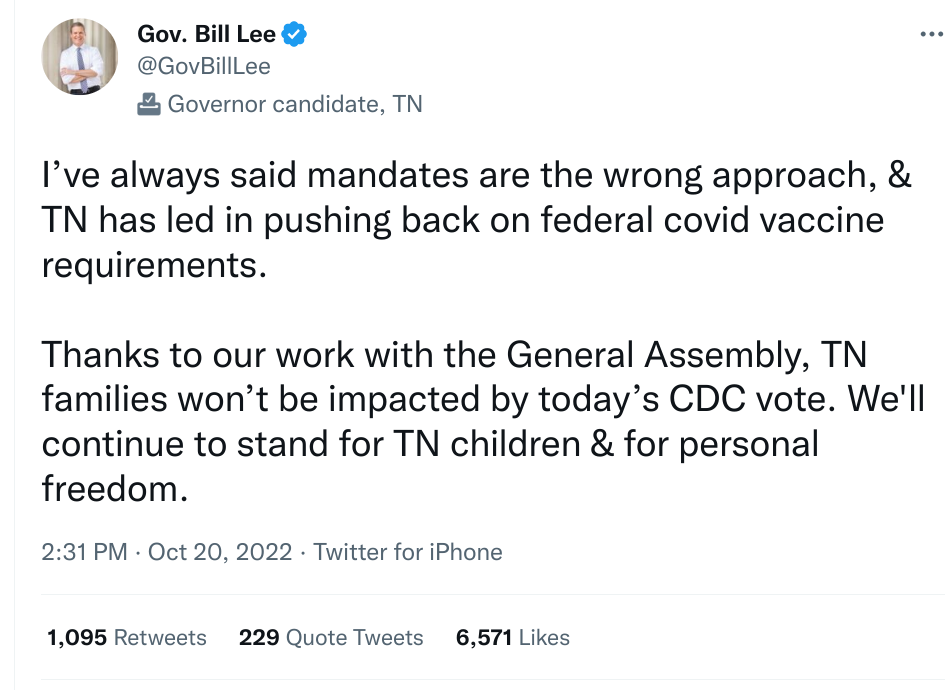 The CDC vote to add Covid vaccines to federal childhood vaccine schedules and programs may just turn out to be the straw that broke the camel’s back.

The timing of this vote was terrible for the CDC and Pfizer, and pretty much perfect for the medical freedom movement. After months of plunging vaccine sales, and a resounding rejection of baby shots and bivalent boosters, the CDC is backed into a corner of its own creation. They’re aware that parents don’t want any more of these for their kids. Yet, the sketchy path they’ve blazed for themselves demands as much legal immunity as it can get, and the gold standard for legal immunity is a federally mandated vaccine that’s still under EUA. If the government mandates it, the company can’t be held liable. If the vaccine is a response to an emergency, the company can’t be held liable. The two together have never been done before, but that didn’t stop the 15 members from voting yes. How could they vote no? To vote no is to admit there are red flags.

The backlash to the CDC/ACIP vote was swift.

Margaret Menge put together a list of 11 governors who have pledged to reject the new addition to CDC guidelines, along with 10 candidates currently running who pledged the same.

This is a line in the sand for many.

Spread the love
This DailyClout article is the writer’s opinion.
One of our country’s most important freedoms is that of free speech.
Agree with this essay? Disagree? Join the debate by writing to DailyClout HERE.
Spread the love
Previous StoryIsraeli Elections, Explained
Next StoryDR. NAOMI WOLF: Don’t Think Regime Change Is a Panacea