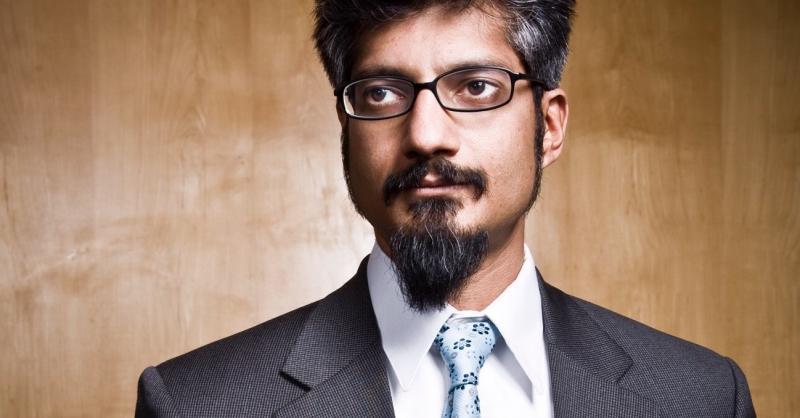 Shahid Buttar, a grassroots activist, privacy advocate, and a Muslim immigrant, is running for Nancy Pelosi’s seat in San Francisco. He is garnering endorsements. Burrat came to Civic Hall to share his vision for SF and Congress with DailyClout. Look for the video here this week.

DailyClout is nonpartisan, so we don’t endorse candidates — though we do cover their races. Disclosure: Buttar is a friend of DailyClout’s CEO. See for yourself if you think Shahid Buttar should replace Congresswoman Nancy Pelosi. Is he a good choice for San Francisco? Here is his campaign’s latest press release:

Avalos, a former member of the San Francisco Board of Supervisors from 2009 to 2017 and a mayoral candidate in 2011, identified the campaign of Muslim immigrant constitutional lawyer and artist Buttar as the incumbent’s strongest challenger.

“I served in City Hall for a decade to defend my constituents from gentrification, ensure access to jobs, and balance our city’s budget. I’m proud to support a fellow activist in his race to challenge the Democratic Party establishment and speak truth to power,” said Avalos. “Our nation is sliding in a dangerous direction, and we need people like Shahid in Congress who will place constitutional principles before their careers.”

Avalos and Buttar connected in person at a rally and march responding to this week’s massacre in Gaza, on the same day that the Senate confirmed an international criminal to lead the Central Intelligence Agency.

It is clear that San Francisco voters are demanding an alternative to the status quo, as Mr. Avalos joins a host of others endorsing Buttar’s campaign, including:

Buttar’s campaign takes on additional urgency in the wake of the Senate’s confirmation of Gina Haspel as Director of the CIA. Haspel oversaw international human rights abuses and the destruction of related evidence. As Shahid has written, torture “undermines the legacy of international human rights we established after the Second World War.” Citing Columbia University professor Jameel Jaffer as an authority, Shahid has noted that “Trump’s nominee to lead the CIA belongs in prison, not at the head of a federal intelligence agency. And Pelosi’s willingness to turn a blind eye to human rights abuses is part of how we got here.” No figures complicit in CIA human rights abuses have ever been held accountable despite the unambiguous international legal requirement to prosecute everyone involved.

“America’s most progressive city deserves to be represented by someone who actively champions our community’s values,” Buttar said. “Nancy Pelosi has become an icon of the Washington establishment and San Franciscans who place human rights before Washington want to see me replace her in Congress.”

The seat has been occupied for 30 years by Pelosi, and Buttar is on leave from his position as Director of Grassroots Advocacy at the Electronic Frontier Foundation in order to run for Congress.

Buttar is 43 years old, and has lived in the Bay Area and Washington, DC since 2000. He graduated from Stanford Law School in 2003, where he served as Executive Editor of the Stanford Environmental Law Journal and served as a teaching assistant for Constitutional Law. His writing has appeared in TechCrunch, Truthout, the Huffington Post, Electronic Frontier Foundation’s Deeplinks blog, Project Censored, and legal academic journals. More information about Shahid, his background, the campaign’s platform, endorsements, and previous news coverage is available at https://www.shahidforchange.us.

Spread the love
Spread the love
Previous StoryOPINION: Senate Panel Endorses Gina Haspel, Despite Her Facilitation of Torture
Next StoryBill banning boycotts!?!? and a SNAP Work requirement | This Week In Congress