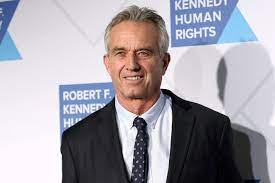 Washington, DC – Today, YouTube deplatformed Children’s Health Defense (CHD) in what they say is part of an effort to remove all content that falsely claims that approved vaccines are dangerous. YouTube notified CHD that its channel had been removed only after numerous media outlets, including  the Washington Post, had reported the story.

“Free speech is the essential core value of liberal democracy. All other rights and ideals rest upon it. There is no instance in history when censorship and secrecy have advanced either democracy or public health.”

Children’s Health Defense is devoted to the health of people and our planet. Our mission is to end the childhood health epidemics by working aggressively to eliminate harmful exposures, hold those responsible accountable, and establish safeguards to prevent future harm.