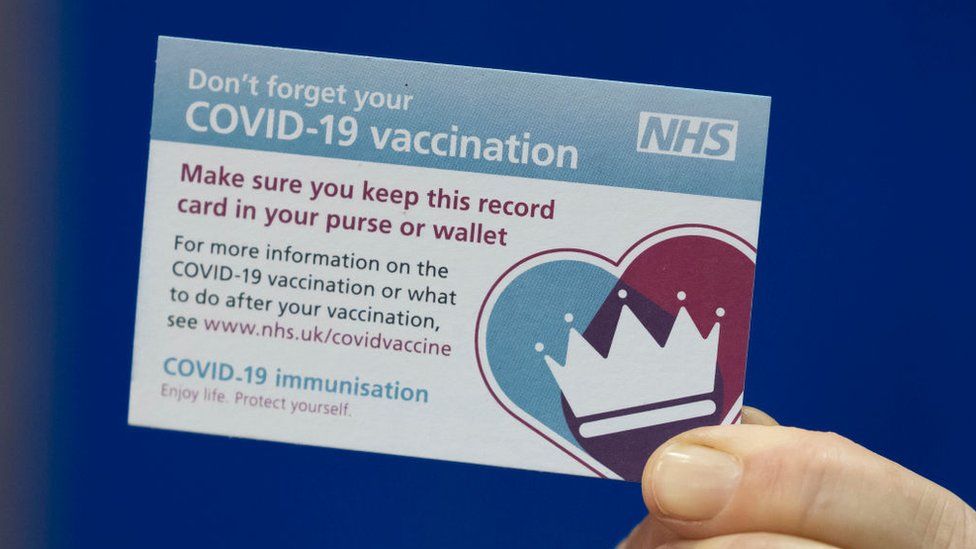 Nations eager to open up their borders are discussing how to develop a proof of vaccination passport and expansion of the vaccine passport into other areas of business. However, there are ethical concerns around the fairness of a vaccine passport and how it will impinge on civil liberties and nations without equal access to vaccines and their lagging vaccination rates. The rights of conscientious, religious or objections on medical grounds need to be considered. Australian Prime Minister Scott Morrison has left the door open on employers mandating vaccinations of their staff.

A vaccine passport would be documentation as proof the holder has been vaccinated against Covid-19, or an official record of a negative test for corona virus, authorizing travel. With negotiations underway between airlines, governments, industry groups, non-profits, and technology companies on the design an implementation, either as a record on your mobile phone as an app or part of your digital wallet.

Denmark is set to introduce a digital vaccine passport, with Sweden indicating it will follow suit with a digital vaccine passport by summer and medical records of this nature, become the new rule and norm as the world opens up (www.theguardian.com/world/2021/feb/07/freedom-and-fairness-covid-vaccine-passport-plans-cause-global-unease). Australians fully vaccinated against COVID-19 would be allowed to travel overseas after displaying a QR code-based vaccine passport form, under a plan reportedly supported by senior federal government ministers. The vaccine passport would record a person’s vaccination status stored on an individual’s MyGov account, with a scannable QR code and be linked with new integration of Services Australia data and Google and Apple digital wallets. Australian Finance Minister Simon Birmingham is hopeful the promise of renewed freedoms is enough incentive for Australians to get fully vaccinated against the corona virus.

“Australians should be clear that as we reopen, it’s highly likely that there will be some areas of life where it’s more likely you will get greater liberties or freedoms if you’ve been vaccinated than not,”

Australian Prime Minister Morrison has gone a step further saying Businesses cafes and pubs should be allowed to open to fully vaccinated patrons only, as companies around the world bring in compulsory vaccination for workers.  Although Australia’s vaccination rollout is last of OECD nations, Morrison has stated mandatory vaccination is the wrong decision for Australia and with a full vaccination rate of 17 % of those aged over 16, harsher restrictions for the unvaccinated may be warranted and pointed, during a discussion with his constituents in his electorate of Cook. Agreeing when vaccinations rates are higher  restaurants should be given the option of opening for vaccinated customers only (www.news.com.au/lifestyle/health/health-problems/scomos-candid-answer-about-unvaccinated-australians).

Company-mandated vaccines are becoming increasingly common in the United States, with Microsoft, Google, DC and Delta airlines among those requiring staff to have the jab (https://www.msn.com/en-au/news/australia/scott-morrison-says-federal-government-wont-mandate-no-jab-no-job-for-all-workplaces/ar-AAN0G3s?ocid=uxbndlbing).

In the U.S, President Biden announced that it would not support a national vaccine passport and that it was a matter for individual States (https://thehill.com/homenews/administration/546705-white-house-rules-out…) The Governors of Florida (https://www.flgov.com/wp-content/uploads/2021/04/EO-21-81.pdf) and Texas(https://thehill.com/homenews/state-watch/546626-texas-gov-abbott-issues-…) have both moved to prohibit vaccine passports saying that they reduce individual freedom and will harm patient privacy. While, New York Mayor Bill de Blasio has announced plans for proof of vaccination for several public indoor settings, including restaurants, bars, gyms, and performance and entertainment facilities. Beginning August 16 with full enforcement beginning on September 13.

The vaccine passport program needs to meet legal and ethical standards especially in relation to data protection, human rights, equality, and discrimination laws. With ethical concerns around who exactly will be impacted if the vaccine passports legislated.

“There are certain people who are unable to have vaccines for medical reasons, such as those with allergies or pregnant women. In some countries, certain ethnic minorities are more vaccine hesitant, which would mean that this group could be inadvertently excluded.”

Melinda Mills, director of the Leverhulme Centre for Demographic Science at the University of Oxford (https://www.dw.com/en/eu-vaccine-passport-an-ethical-and-legal-minefield/a-56747519). There are people who are unable to be vaccinated for medical reasons, such as people with auto immune conditions, allergies, or pregnant women and vaccination passports may exacerbate social and economic inequalities between richer and poorer countries and communities, bringing robust discussions on issues:

Countries such as France, with high levels of vaccine hesitancy, have criticized vaccination passports as a breach of a person’s civil liberties and is a precursor to making inoculation mandatory (www.sbs.com.au/news/french-parliament-passes-vaccine-passports-law-despite-protests).

Talk of a vaccine passport system in Australia for domestic and international travel, is premature considering the lack of covid-19 vaccines and a national quarantine system in Australia. On the other hand, the University of Washington School of Medicine looked at arguments supporting vaccine passports and recognized the passports’ capacity to restrict the pandemic. But also claimed vaccine passports are unjustifiably discriminative to people who cannot access Covid-19 vaccines nor people who refuse vaccines based on medical, religious, or philosophical grounds. Maybe, flexible passes for those who record a negative result, will be granted a vaccine passport exemption, including those people stating medical reasons or a conscientious objection to a COVID-19 vaccine, without unfairly marginalizing them.

“We’re trying to achieve a balance between competing values and goods. It’s clear that it’s a public good to protect public safety during a global pandemic. The question is, how do we go about it? How do we balance this public good against other values, like being fair to everyone and respecting individual autonomy?”  says bioethicist Nancy Jecker.

Not all countries have equal opportunity to access vaccines, it could be discriminatory to ban people from visiting a country with vaccine passport laws. One solution may be making vaccination accessible on arrival following, with mandatory quarantine on arrival. This presents another problem for countries, like Australia without a National Quarantine program (https://theplacardchristianbrown.substack.com/p/theplacard-8f6).

Vaccine passports have been around for a while, Papua New Guinea requires travellers to vaccinated for yellow fever, hepatitis A&B, typhoid, influenza, rabies, cholera. Japanese encephalitis (https://www.travelvax.com.au/holiday-traveller/vaccination-requirements/papua-new-guinea). COVID-19 vaccine passports will be far reaching, and we may see a two-tier society develop– the unvaccinated and unvaccinated. Vaccine passports may violate a person’s freedom of choice and be denied access to places or the opportunity to travel abroad unless they can prove they have been vaccinated. while supporters of vaccine passports suggest the real possibility of being excluded will incentivise people to be vaccinated, skirting between voluntary and mandatory vaccination.

Prime Minister Scott Morrison has left the door open on Covid-19 vaccination, with the federal government’s top lawyer, solicitor-general Stephen Donaghue QC, advising the nation’s leaders on the legality of workplaces mandating proof of vaccination of staff and customers. This follows an announcement by fruit and vegetable company SPC it will make vaccines mandatory for onsite staff and visitors.  Covid 19 vaccination for aged care staff will be mandatory from September, with quarantine workers in some states are already required to be fully inoculated. Currently, the Fair Work Ombudsman says most employers should assume they cannot force their employees to get a COVID-19 vaccine and Prime Minister Morrison has said any workplace decisions about vaccines would need to be lawful and reasonable and will need to “pass a reasonable test” ultimately decided by the courts and employers need to consider those matters very carefully if they are looking to make directions of that nature.

World leaders will need to address the fairness and ethical concerns over vaccine passports for people looking to travel domestically or internationally. There are real fears a vaccine passport will be expanded into local economies, where citizens will need to present them for work and social outings. Despite these fears, Australian Prime Minister Scott Morrison has left the door open for employers who want to make vaccinations mandatory for their staff and has sought advice from solicitor General solicitor-general Stephen Donaghue QC. Morrison has said if businesses seek to introduce a vaccine passport, they need to apply it on the grounds of a reasonable test. This nuanced position, will create a slippery slope and is likely to cause headaches for many and is likely to be decided in the courts.