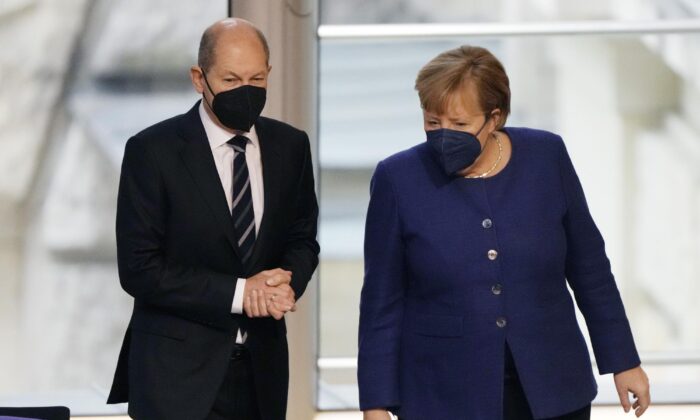 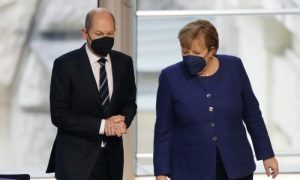 Exiting Chancellor Angela Merkel announced on Dec. 2 that Germany will lock down unvaccinated people as top officials also signaled that they would back plans for mandatory vaccinations in the coming months.

Merkel said individuals who aren’t vaccinated for COVID-19 will be excluded from nonessential stores and cultural and recreational venues. The Bundestag, Germany’s Parliament, also will consider a general vaccination mandate.

“The situation is our country is serious,” she told reporters, claiming that the new measures are an “act of national solidarity.”

Other new requirements include masks being required in schools, Merkel added. Vaccinated people will lose their vaccination status nine months after receiving their last dose of a vaccine.

“We have understood that the situation is very serious and that we want to take further measures in addition to those already taken,” Merkel, who was slated to leave office on Dec. 2, told reporters. “The fourth wave must be broken and this has not yet been achieved.”