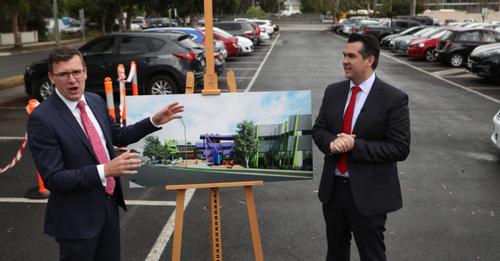 Towards the end of the 1980s, the integrity of the NSW public sector was called into
question by government ministers and police, after corruption was found–resulting in
the creation of I.C.A.C (Independent Commission Against Corruption)

Established in March 1989, I.C.A.C was created as an independent organization, to be
kept track of by a parliamentary committee. The Premier told Parliament that the measure
of the ICAC’s success would be the “enhancement of integrity and the restoration of
community confidence in public administration”. Not long after it’s creation, the Labor party called into question the ability of I.C.A.C to investigate corruption, labeling I.C.A.C as a “job-for-the-
boys”, eventually leading to the resignation of then Premier Nick Greiner–whose resignation would not be the last.

On Friday Oct 1, 2021 NSW Premier Gladys Berejiklian announced her resignation from state
parliament, after the state’s corruption watchdog revealed she was under
investigation. The NSW Independent Commission Against Corruption (ICAC) is probing
whether Ms Berejiklian breached public trust when awarding grants to several community
organizations between 2012 and 2018. When asked for comment on her resignation, Prime
Minister Scott Morrison praised the integrity of Ms Berejiklian, later revealing his opposition
to a Federal I.C.A.C modeled on the NSW I.C.A.C and went so far as to suggest the
presumption of innocence wasn’t afforded to those under investigation, reiterating the
corruption watchdog model hasn’t been discussed at a federal level. Maybe his opposition
lies in that Qld and NSW have the strongest integrity commissions with powers to:
–”Investigate any conduct of any person that affects the impartial exercise of public
administration”. (Which allows investigation of those outside the public service who seek to
unduly influence public decision making and does not limit investigations to criminal
conduct)
–”Begin investigations without satisfying a threshold of evidence”, meaning that
investigations are used in their appropriate function of finding out whether any misconduct
has occurred.
–”To hold public hearings is in the public interest”.

– “To make findings and report publicly”
In this instance, the watchdog will examine whether there was a conflict of interest between
Ms Berejiklian’s public duties and her involvement with Daryl Maguire.

Federal Independent MP Helen Haines’ integrity Bill lists the features of the NSW ICAC, as
does the Labor opposition model and in contrast, none of these features is part of the
Government’s proposed corruption investigation commission,

“The Government’s proposed CIC would be the weakest watchdog in the country,” said
Anthony Whealy QC, former judge, and Chair of the Centre for Public Integrity. The CIC falls
short of its state counterparts on almost every level. “It is a breed of its own and does not
deserve to be called a watchdog”, said Mr Charles.

“It should not have taken this long for the Government to get on with the job of establishing a National Integrity Commission in Australia. Mr Morrison and Mr Porter stood up at a press conference in December 2018, almost two years ago, promised a National Integrity Commission. We learned in Senate Estimates about 10 days ago that the bill has been ready since the 23rd December, 2019, and finally it’s been released. But sadly, it appears that the Government is pursuing the sham model that it outlined back in December 2018.”

Public trust in the LNP government has plummeted, a sad legacy as the
Federal Government ignores calls for a federal ICAC. Much work needs to be done in order to remove
obvious flaws of the federal ICAC Bill. As Dreyfus pointed out on ABC 7.30 a new amendment to the bill hobbles ICAC from launching its own investigations. Instead of being an independent auditor of government ICAC would need to wait until the Federal Government requests suspected corruption to be investigated–creating an obvious conflict of interest and concerns for whistleblower protections.  Additionally, this bill has abandoned public hearings of investigations–previously considered a hallmark of the integrity of ICAC.

Shadow Attorney General Mark Dreyfus insists that the ICAC Bill moved forward by the government
needs to be expanded and upgraded, stating

“At the moment this version of an integrity
commission is, the one you have, when you don’t want a federal integrity commission”.

According to new research by the Center for Public Integrity, this version of the bill would be a toothless tiger if implemented.

Labor’s proposed national anti-corruption commission, on the other hand, would give the
commissioners broad powers to hold public hearings as they saw fit, as well as conduct and
imitate investigations.

Currently, a cloud of corruption allegations is hanging over the Federal LNP government.
A Senate inquiry, lead by the Labor Party and the Green Party into the “Community Sports Infrastructure Grants” program, has just tabled its final report, after the inquiry found there was “overwhelming” evidence the program was used to gain political advantage.

According to the tabled report:
* Nine out of the 10 electorates that received funding were identified in marginal or
targeted electorates,
* The committee said it faced “significant obstruction” in attempts to gather evidence.

The allegation of “pork-barrelling” has been a familiar argument for the opposition (The Labor Party), ever since the Australian National Audit Office (ANAO) released its report into commuter car parking the program in January 2020.

At the heart of the argument:  grants were awarded with political bias rather than on
the merit of applications. The Auditor-General has damned the Federal Government car park
construction fund that prioritized Coalition-held seats over seats in need.

This latest scandal has been branded “car park rorts”, by the Labor Party (opposition), after it was found that 10 projects under the commuter car park fund weren’t even attached to train stations. The Australian National Audit Office reports “The department’s approach to identifying and
selecting commuter car park projects for funding commitment was not appropriate. It was
not designed to be open or transparent”. The Opposition is now demanding Prime Minister Scott Morrison to explain the program, and for Minister Alan Tudge to resign, claiming the new scandal is “sports rorts on steroids”.

A growing sentiment amongst Australians is that Prime Minister Morrison doesn’t want a
federal ICAC, much less one that is armed to the teeth with tools to actually do what ICAC has been designed to do–investigate corruption.

Spread the love
Spread the love
Previous StoryBULLETIN BOARD: Letter to Anthony Fauci Re: Animal Abuse
Next StoryLGBTQI RIGHTS: Othering the Other: Vaccine Discrimination In One LA Subculture