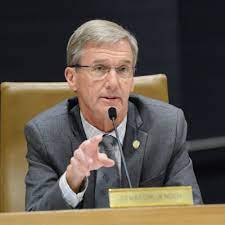 “I think what’s happening is the Board of Medical Practice has been weaponized for political purposes by people who don’t agree with my positions politically,” Dr. Scott Jensen told Just the News.

Dr. Scott Jensen, a veteran Minnesota family physician locked in a protracted dispute with state regulators over COVID-19, is raising alarm that the state medical board is now seeking the records of his patients who were prescribed Ivermectin.

Jensen, who has faced five licensing investigations in 17 months, told Just the News the latest request is “crossing a line” and invades the medical privacy of patients.

“If the Board of Medical Practice gets documentation for me … I think there’s a lot of folks out there that are concerned that their health privacy would not have been protected, and that indeed they can be identified,” he said in an interview.

Jensen said he believes the inquiries from the board are political, and his constant disputes have spurred him to run as a Republican candidate for Minnesota governor.

“I think what’s happening is the Board of Medical Practice has been weaponized for political purposes by people who don’t agree with my positions politically,” he said.

“I think people are clamoring to try to make my life miserable professionally, and they’re either on a mission of vengeance for themselves because they’re frustrated, or they’re hoping that by persisting against me, they’ll get me to shut up and take my baseball bat and glove and go home.”

READ- the full article here at Just The News