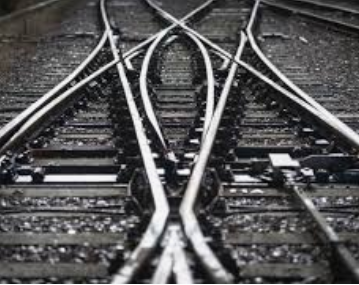 Dr. Yaffa Shir-Raz and Professor Retsef Levy have done serious research into data on reported vaccine injuries, both in VAERS in the US and in Israel, as well as on Pfizer’s data and studies. Over the summer, Dr. Shir-Raz broke a huge news story that involved a leaked Zoom call between Israeli Ministry of Health professionals, and a research team they had commissioned to study adverse events reports that were submitted by citizens after Covid vaccination.

While the story made serious waves in the “underground media” universe, as expected, the mainstream networks and public health organizations have completely ignored the story. The lack of response is telling as well, for if they could find fault in the reporting, they surely would make that known loud and clear.

Back in August, Professor Levy approached a contact at Reuters with the story and offered to send her the full unedited video. While she was initially very interested, she ultimately responded to Professor Levy and told him that when she reached out to the Ministry of Health, they refused to comment, and therefore she can’t run the story, which of course is an absurd journalistic claim. The refusal to comment is part of the story.

Last week, a month and a half after Professor Levy offered to share the recording with the Reuters journalist, Reuters decided to write a piece on the story after all, and surprisingly, the Ministry of Health decided to comment but did it in the sneakiest way possible. The MOH commented to Reuters that the video leaks were “taken out of context”. That is a tacit admission of their authenticity.

The anonymous Reuters “fact check” that reported an anonymous comment from the Ministry of Health is a lame defense against the videos we can all watch with our own eyes. They tried to downplay the significance of the video leak by claiming that there were no new signals apparent from the video and that the conversation about medical-legal liability is a standard conversation among medical experts. If they were so confident about their claims that “debunk” the video, why will no one sign from the MOH sign their name to those claims?

It’s no secret that pharmaceutical companies have been increasingly feeding media coffers. In the case of Reuters, there is a direct link between the organization and a board member of Pfizer.

We’re in a full-blown information war, and if recent vaccination uptake numbers are any indication, we are undoubtedly winning. However, our adversary is armed with power and money, and they’re willing to use it with force.

Brownstone.org published an article yesterday that clearly lays out how Pfizer “bought” the health agencies and the population of Israel, in a devastating manner.

Where Does This Go?

In my opinion, we’re careening toward a collision point. The ACIP meeting is happening as I write this, and it’s truly as though the members of that “oversight organization” live on another planet. They are marching straight through a battlefield of injured and dead, looking to fire off more rounds of ammunition, seemingly endlessly.

Meanwhile, only a small fraction of people have opted to get the new “bivalent booster”, much to the dismay of those at the ACIP meeting. That hesitancy is spilling into traditional vaccinations. The Jerusalem Post reported that 25% of parents are expressing hesitancy about vaccinations in some form, and the government threw away tens of thousands of unused flu shots last year. The majority of people are not going to continue vaccinating for Covid, and yet the powers that be seem absolutely hell-bent on continuing to push for mass vaccination, no matter what the public pushback may be.

We’re down to the wire, and it’s a battle of wills.

As published on Substack

Spread the love
This DailyClout article is the writer’s opinion.
One of our country’s most important freedoms is that of free speech.
Agree with this essay? Disagree? Join the debate by writing to DailyClout HERE.
Spread the love
Previous StoryACIP committee approves mRNA vaccines for the childhood schedule 15-0
Next StoryEvent: RFK Jr. Film The Real Anthony Fauci Movie Out Now for Free