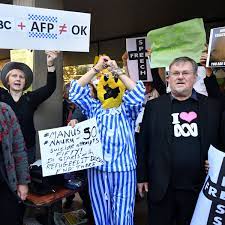 Under the cover of the Corona-Virus (Covid-19) pandemic, Australia’s system of government has become more centralized, with overriding powers to put in place laws to relax health restrictions, overriding state laws  pursuant to s 109 of the Constitution. The States and Territories have agreed to an in-principal agreement in the national plan to lifting restrictions. However, the plan was not adhered to by the Federal Government, when New South Wales was given priority over other States and Territories and received the lion’s share of Covid -19 vaccines, giving them a leg up and are in a sprint to 70 -80%. Why was Sydney given priority?

Australia’s latest institution in government, the National cabinet is transforming Australia’s Westminster System of government. Created as an intergovernmental conference consisting of the Prime Minister, the Premiers, and Chief Ministers, to steer a united and synchronized response to COVID-19 across Australia. Here Prime Minister Scott Morrison, Premiers and Chief Ministers appear as leaders of their own executives, not in their official roles as local members, parliamentarians, and leaders of their respective political parties., with the National Cabinet duplicating a meeting of US governors and the President. It remains to be seen, if it will become the model of the presidentialisation of Australian politics? With many Australians’ asking what the role of the Federal government is, and what authority does the Commonwealth have to coerce the States and Territories–compelling the action of local government, in response to the crisis?

The legislative power of the Biosecurity Act 2015 (Cth) was cited by the Governor-General on 18 March 2020 in response to the COVID-19 outbreak, declaring that a human biosecurity emergency exists. The declaration gives the Federal Minister for Health expansive powers to issue directions and set requirements in order to combat the outbreak. This is the first time these powers have been used under the Biosecurity Act , allowing Prime Minister Scott Morrison, to suspend parliament amid the threat of the coronavirus, citing the Biosecurity Act 2015 (Cth). The opposition leader supported the motion, noting; the lack of discussion with the government prior to the announcement on the suspension of Federal Parliament, this legislative power, coupled with the defence power in s 51(vi) and even the nationhood power (s 61 and s 51(xxxix)), could be exercised to put in place more lenient restrictions to override the states’ laws pursuant to s 109 of the Constitution. But the challenges are two-fold. First, at what point would Commonwealth pandemic controls begin to impair the ability of the states to function as governments.

If the Commonwealth has the power to control the states’ response, there is a real question as to whether Prime Minister Morrison is willing to take the political gamble of dictating when States and Territories will end lock down and reopen. Morrison cited the ‘National Plan’ which was agreed to by the States and Territories, which outlined; when State and Territory lockdowns’ would end–according to the advice in the ‘Doherty Report’. However, the message from officials around vaccination rates is unclear. NSW Chief Health officer Kerry Chant’s advice is to re-open when 85% of the population is fully vaccinated. Meanwhile, NSW Premier Gladys Berejiklian with the support of Morrison, has repeatedly hinted that lockdowns will cease once the population reaches between 70% to 80% vaccination rates.

It is worth remembering NSW was prioritised over every state, receiving the lion’s share of the Pfizer vaccine, creating an uneven playing field. With Victoria receiving 66% of what NSW received, although population numbers show Victoria should have received 82%. The Federal government is responsible for the vaccine rollout and rationalised the extra allocation was needed due to the Delta strain taking hold of Sydney. Prior to Sydney’s 2nd wave, Federal government record’s show, there was equity between the states, with NSW receiving 32% of Australia’s vaccines — the same proportion as their share of Australia’s population. But by August 23, New South Wales’ share of Pfizer had been boosted to 45%, coinciding with the arrival of an extra million Pfizer vaccines from Poland. Critics of the rollout cried foul, citing discrimination of citizens in lock downed States and Territories. There are significant repercussions to be felt due to the inequitable number of vaccines distributed between the States. During two weeks in August, NSW dispensed 904,184 vaccinations, more than twice the number of vaccinations in Victoria, giving New South Wales a head start to open its economy, including the associated benefits of social and mental health.

“Disappointing that the Commonwealth appears to be pursuing a national plan to vaccinate NSW at the expense of all other Australians”.

Prime Minister Morrison, at the helm of the National Cabinet, has been prone to make a captain’s call. Like, when he announced any person of age or job could get an AstraZeneca vaccination after talking to their GP. Catching the Qld premier off guard. When questioned about this development, Morrison stated that National Cabinet discussions were protected by Freedom of information laws, maintaining the secrecy around an institution of his own making. Thus, Prime Minister Morrison is gaining an authoritarian reputation.

German sociologist Max Weber defined power. as the capacity to exercise one’s will over others (Weber 1922).

Pittacus (c. 640–568 B.C.E.) opined, “The measure of a man is what he does with power,” and Lord Acton perhaps more famously asserted, “Power tends to corrupt; absolute power corrupts absolutely” (1887). Indeed, the concept of power can have decidedly negative connotations, and the term itself is difficult to define.

So, what is special about New South Wales? In a nutshell the plan is all about getting Prime Minister Morrison re-elected to his seat of Cook at the election. Sceptics argue, the push to vaccinate NSW against coronavirus is all about managing the latest spiralling LNP polling numbers. According to the health department’s “Vaccine Horizon’s” document the uneven distribution will continue until December. Because, people are unhappy with Morrison’s management of the pandemic, It is worth remembering Prime Minister Morrison’s electorate of Cook is in Sydney NSW and as New South Wales reaches the 70% double dose vaccination rate, Premier Gladys Berejiklian is champing at the bit to lift restrictions and get the economy moving again, citing the National Plan agreed to at National Cabinet. As the remaining States and Territories edge towards double dose 70% Vaccination rates, some are beginning to wonder if the National Cabinet will still have a purpose, once COVID-19 restrictions are lifted?

Given the loss of transparency, will the federal government become the overriding authority? And, if so, is there a risk that future discussions and agreements between the States and Territories will be placed in jeopardy? 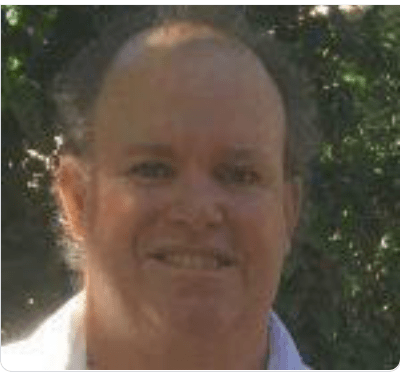