China and Russia Rejoice at America’s Quest to Go Green 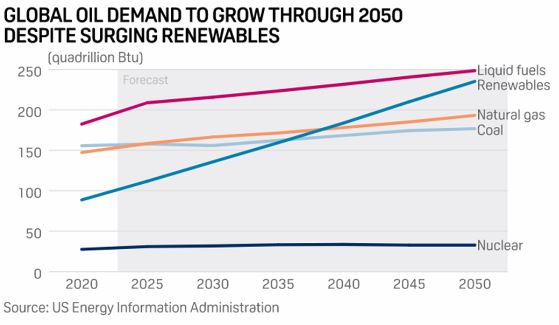 China and Russia Rejoice at America’s Quest to Go Green

America’s unabated movement toward electricity from breezes and sunshine have transferred the countries’ energy demands onto foreign countries.

Summary: The silence is almost deafening from China and Russia about their gratitude as America rids itself from the same fossil fuels that made America so great.

How is it possible that America has allowed itself to become so dependent on authoritarian countries like China, Russia, Venezuela, and Saudi Arabia over the 30 years since the end of the Cold War? The weaponization of energy by China and Russia have been extensively discussed in the three books co-authored by Ronald Stein and Todd Royal, including the 2022 Pulitzer Prize nominated book “Clean Energy Exploitations – Helping Citizens Understand the Environmental and Humanity Abuses That Support Clean Energy.

America is in a fast pursuit toward achieving President Biden’s stated goal that “we are going to get rid of fossil fuels. Today, Biden supports and encourage banks and investment giants to collude to reshape economies and energy infrastructure with their Environmental, Social and Governance (ESG) divesting in fossil fuels  movement. ESG is an extremely dangerous precedent as the American people never voted to give banks this sort of control over our country.

In addition to relinquishing national security to our dependence on China and Russia, that dependency for the fuels to move the heavy-weight and long-range needs of more than 50,000 jets in the world, and more than 50,000 merchant ships circumventing this globe, and the military and space programs, will continue to be the catalyst for shortages and inflation in America.

As the world’s eight billion continues to grow its population, the increasing demands for those oil-based products will face shortages of supply with the obvious impact for Americans being continuous shortages and inflation.

China, the world’s top greenhouse gas polluter ignores climate pledges as it tops the list in building new coal plants. It continues to lead all countries in the domestic development of new coal plants, commissioning more new coal capacity in 2021 than the rest of the world combined. China has just over half the number of coal plants in the world and relies on them to generate about 60 per cent of its electricity.

Due to the Biden administration’s failure in energy leadership, the United States has never looked weaker and vulnerable to China, Russia, and OPEC which are savouring in their growing control of Americas’ energy demands.

The reason much of the European Union became so dependent on Russian oil and natural gas specifically, is green politicians like Angela Merkel of Germany and Boris Johnson of the UK that have done everything in their power to wreck Western extractive industries, with fracking and exploration bans, punitive taxes, onerous environmental processes for drilling new wells and mines, and outlandishly subsidizing electricity generation from breezes and sunshine. Joe Biden is following the actions in Germany and the UK.

America is in the grips of a delusional ideology that makes them incapable of understanding the hard realities of the limitation of just electricity production. Wind and solar cannot manufacture anything, like that manufactured from crude oil.

Green ideology insists we do not need nuclear and that we do not need fracking. It insists that it’s just a matter of will and money to switch to all electricity from breezes and sunshine and that the world’s 8 billion population can survive without the more than 6,000 products  in our economy and lifestyles that are dependent on the oil derivatives manufactured from crude oil.

America has known for years that Vladimir Putin of Russia has been incredibly supportive, both verbally and financially, of environmentalist groups and wealthy individual’s efforts to slow or stop crude oil and natural gas exploration and production within the U.S. and European borders.

As reported by the Washington Examiner back in 2018 a Russian funded environmental group gave millions to anti-fracking groups to stop, curtail or severely weaken US fracking of crude oil and natural gas in states like Texas, North Dakota, Colorado, Oklahoma, Louisiana and Pennsylvania.

For all his fawning over Putin, former president Donald Trump, back in 2018, defied diplomatic protocol to call out Germany publicly for its dependence on Moscow. “Germany, as far as I’m concerned, is captive to Russia because it’s getting so much of its energy from Russia,” Trump said. This prompted Germany’s then-chancellor, Angela Merkel, who had been widely praised in polite circles for being the last serious leader in the West, to say that her country “can make our own policies and make our own decisions.”

The result has been the worst global energy crisis since 1973, driving prices for electricity and gasoline higher around the world. It is a crisis, fundamentally, of inadequate supply. But the scarcity is entirely manufactured.

Americas’ green goals are incredibly supportive toward China and Russia that continue to benefit in their quest for domination for the supply of fossil fuels, and the exotic minerals and metals needed to support the growing demands of society from the products and fuels that are manufactured from crude oil.

While America’s unabated movement toward electricity from breezes and sunshine have transferred the countries’ fossil fuel demands onto foreign countries, the data from the U.S. Energy Information Administration (EIA) shows that the growing demands of societies for petroleum-based liquid fuels will remain strong — and in fact grow — through at least 2050 as America, like much of the European Union,  places more reliance on hostile foreign powers for its energy security.

Spread the love
This DailyClout article is the writer’s opinion.
One of our country’s most important freedoms is that of free speech.
Agree with this essay? Disagree? Join the debate by writing to DailyClout HERE.
Spread the love
Previous StoryIntent to Harm: The FDA and Pfizer Knew About Myocarditis Risks
Next StoryOver 75% Oppose Protests at Private Homes of Supreme Court Justices