Candidates Must Commit to Immediate US Withdrawal From Afghanistan 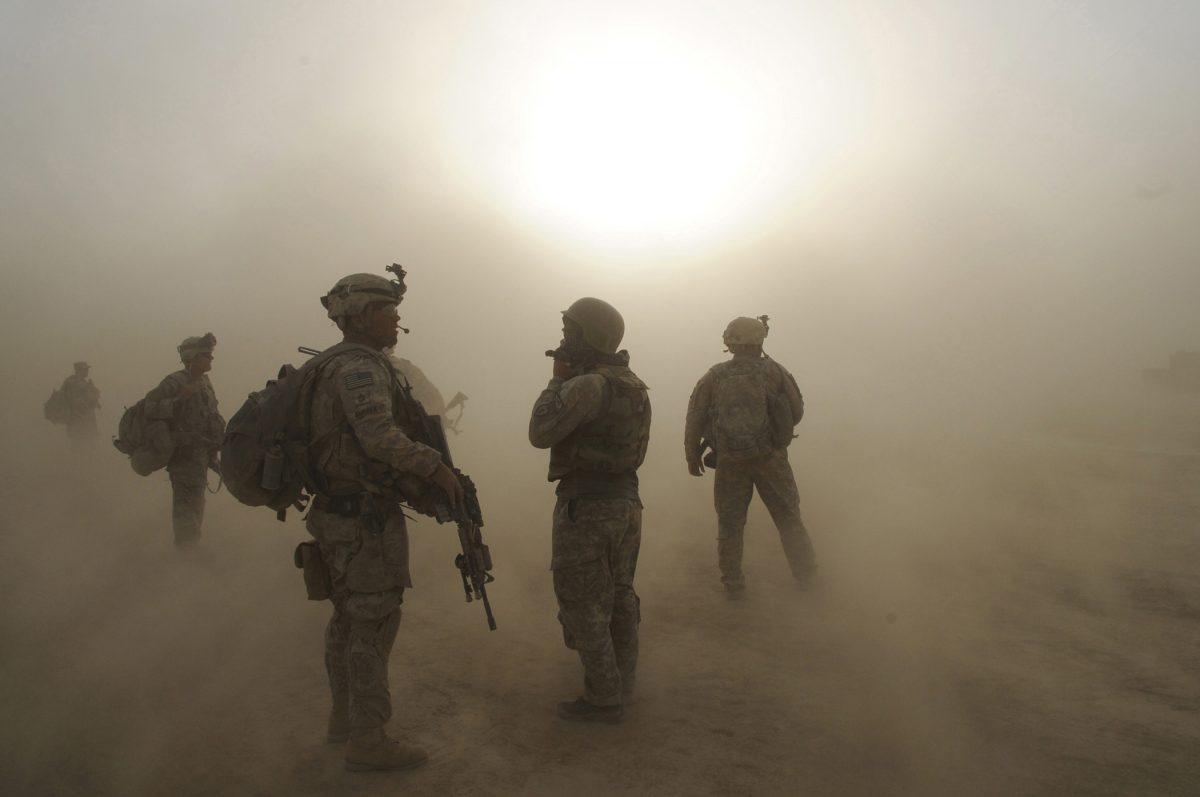 On July 30, the United Nations Assistance Mission in Afghanistan reported that the Afghan government and international military forces, primarily the United States, caused most of the civilian deaths in Afghanistan during the first six months of 2019. That’s more killings than those perpetrated in the same time period by the Taliban and ISIS combined.

The targeting of civilians amounts to war crimes under the Rome Statute of the International Criminal Court (ICC).

These war crimes promise to continue unless the U.S. military completely withdraws from Afghanistan. While the United States and the Taliban have had discussions aimed at ending the 18-year war, the eighth round of those talks concluded on August 12 without reaching a peace deal. The two threshold issues are the schedule for the withdrawal of the remaining 14,000 U.S. troops and how to prevent “terrorist attacks” against the U.S. and allies in Afghanistan. The Taliban want the U.S. forces to withdraw before a ceasefire. But U.S. officials seek to maintain 7,000 troops, including Special Operations forces, in Kabul for several years.

Team Trump’s deadly actions are a continuation of the Bush and Obama administrations’ commission of the most heinous crimes in Afghanistan. On April 12, the ICC’s Pre-Trial Chamber found a “reasonable basis” to believe that the parties to the Afghan conflict, including the U.S. military and the CIA, committed war crimes and crimes against humanity, most of them occurring between 2005 and 2015. They include “the war crimes of torture and cruel treatment, outrages upon personal dignity, and rape and other forms of sexual violence pursuant to a policy approved by the U.S. authorities.”

The chamber, however, refused to open a formal investigation into those crimes, as recommended by ICC prosecutor Fatou Bensouda. In concluding that “an investigation into the situation in Afghanistan at this stage would not serve the interests of justice,” the chamber questioned the feasibility of such a probe. An investigation would be “very wide in scope and encompasses a high number of alleged incidents having occurred over a long time period,” the chamber wrote. It noted the extreme difficulty in gauging “the prospects of securing meaningful cooperation from relevant authorities for the future” and found “the current circumstances of the situation in Afghanistan are such as to make the prospects for a successful investigation and prosecution extremely limited.”

In her appeal petition, Bensouda noted that the chamber’s decision was unprecedented. “This is the first time that any Pre-Trial Chamber has held that there is a reasonable basis to believe that the ‘most serious crimes’ within the jurisdiction of the Court have been committed, and that potential cases concerning those crimes would be admissible, but not proceeded to authorise the opening of an investigation,” she wrote.

What caused such an unprecedented refusal by the chamber to open an investigation?

Seven days before the chamber declined to initiate an investigation, the Trump administration revoked the visa of ICC prosecutor Bensouda because of her advocacy for an investigation of war crimes in Afghanistan. Secretary of State Mike Pompeo said, “We are prepared to take additional steps, including economic sanctions if the I.C.C. does not change its course.”

Apparently, the U.S. refusal to cooperate with an investigation and its thinly veiled efforts at blackmail of the ICC are having the desired effect – impunity for war crimes and crimes against humanity.

Meanwhile, regional Afghan forces commandeered by the CIA have “operated unconstrained by battlefield rules designed to protect civilians, conducting night raids, torture and killings with near impunity,” according to The New York Times.

In a July 23 meeting with the prime minister of Pakistan, Donald Trump in effect threatened to commit genocide in Afghanistan. He said he could cause Afghanistan to be “wiped off the face of the earth” but he didn’t “want to kill 10 million people.”

In the meantime, the violence in Afghanistan is growing deadlier. In July, 1,500 civilians were killed or wounded, in the most lethal month for the past couple of years.

Of the Democratic presidential candidates, only Tulsi Gabbard and Pete Buttigieg have committed to withdrawing all U.S. troops from Afghanistan during their first year in office.

When the candidates were asked if there would be U.S. troops in Afghanistan at the end of their first term, Elizabeth Warren said, “No”; Bernie Sanders replied, “I suspect not”; Beto O’Rourke responded, “We have to begin to bring these wars to a close”; Kirsten Gillibrand said, “I believe that we need to bring our troops home from Afghanistan, Iraq and Syria”; Cory Booker noted, “We cannot have forever wars in this nation”; Julian Castro replied, “We need to withdraw in a way that is orderly, that respects our allies”; Amy Klobuchar responded, “We have been there longer than some of our young people have been on this earth”; Andrew Yang opined, “It’s impossible to know that for sure, given that reality on the ground might lead us to have more people there”; Marianne Williamson said, “I would make no move in Afghanistan until first I spoke to Afghan women”; and Kamala Harris answered, “We need to have a presence there in terms of supporting what the leaders of Afghanistan want to do.”

Sanders tweeted, “The American people do not want endless war. Congress must reassert its Constitutional authority over the use of force and responsibly end these interventions [in Afghanistan, Iraq and Syria].” Joe Biden promised to “end the forever wars in Afghanistan and the Middle East.”

As the carnage continues with no end in sight, all of the Democratic candidates should be making immediate and complete U.S. withdrawal from Afghanistan, and indeed, all countries in which the United States is fighting, a central pillar of their platforms. They must also renounce impunity and commit to cooperate with any future ICC investigations.

Marjorie Cohn is professor emerita at Thomas Jefferson School of Law, former president of the National Lawyers Guild, deputy secretary general of the International Association of Democratic Lawyers and a member of the advisory board of Veterans for Peace. Her most recent book is Drones and Targeted Killing: Legal, Moral, and Geopolitical Issues.
Spread the love
more
Spread the love
more
Previous StoryRecidivism – A Big Problem with Few Solutions
Next StoryAmazon Fires Will Have Global Consequences. The UN Must Act.
--