Bushfire and Fury: Calls for the Sending of Additional US Firefighting Resources to Australia Cited International Arrangement 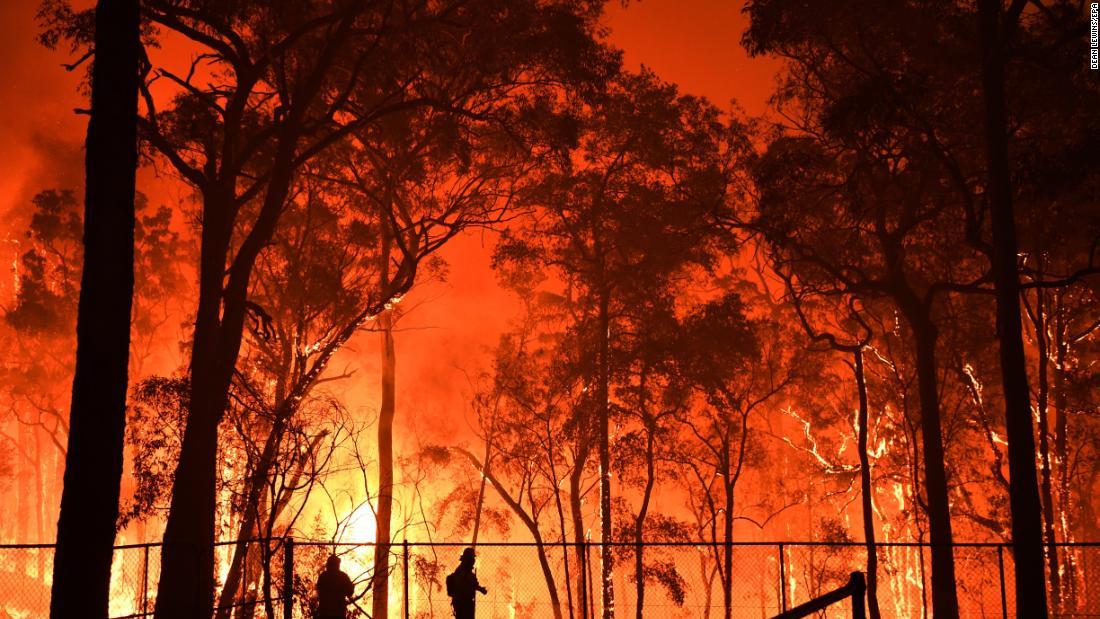 To Australian eyes, the deplaning of US firefighters in Sydney in January 2020 felt like watching the Avengers arrive at a battle scene.  Our battle scene this summer has looked apocalyptic, with the bushfire crisis having refashioned the Australian landscape to be a kangaroo-corpse infected iteration of Dante’s Inferno.  Providing direct support to the crisis is currently the Australian Defence Force’s main effort, over 1 billion animals have likely been killed, and, on New Year’s Day, one monitoring site in the nation’s capital, Canberra, peaked at an air quality index reading of 7,700.  Readings above 200 are considered hazardous to health.  Against this backdrop, there is, as former Australian Prime Minister Kevin Rudd has noted: ‘the helplessness we feel as we sit, watch and wait. Often the best we can do is stay glued to the ABC, ring people we know in harm’s way, and then give to charity.’  Perhaps that’s partially why, then, that when the all-American Avengers arrived in Sydney, applause erupted in the airport.  There’s something viscerally relieving and gratitude-inducing about the arrival of skilled firefighting resources.

Long have US fire managers had exchanges with Australia.  Cooperative efforts began in 1951, with a six-week study tour that the UN Food and Agriculture Organization organized.  In 2000, the US’ fire situation reached a critical level. Given the informal study group exchange relationship, the US requested assistance from Australia and New Zealand.  There was no formal agreement in place to facilitate this request, so an international agreement was urgently developed.  Shortly thereafter, Australian and New Zealand firefighters’ maiden voyage to fight fires on American soil took place.  In 2002, a new arrangement was signed.  In January 2017, the US Consulate Canberra Chargé d’Affaires and Emergency Management Australia Director General signed a replacement, the Arrangement between the Department of Agriculture and the Department of the Interior of the United States, on the one side, and Emergency Management Australia, on the other side, concerning the exchange of Wildland Fire Management Resources (Arrangement) (which is on occasion referred to as an agreement).  The Arrangement’s dual purposes are to set out the procedure for the exchange of wildland fire management resources between the countries and to establish a framework encouraging their agencies, the US Departments of Agriculture and the Interior and Emergency Management Australia, to support mutual assistance and facilitate cooperation.  It provides for the preparation of an operating plan.  The US Consulate Canberra later noted, ‘[T]he two countries share best practices, personnel, and technology and equipment to combat wildland fires under the 2017 Wildland Fire Management Agreement.’  This sharing is sensible given that there is no overarching international legal framework dealing with international cooperation in preparing for and responding to wildfires and because the fire seasons between the two hemispheres are complementary (they are, notably, beginning to overlap).  Moreover, the US and Australia use interchangeable methods and doctrine.  The most recent fire assistance exchange occurred in August 2018, when Australia sent wildfire management personnel to assist in Northern California and the Northwest.

The Arrangement is the basis upon which US firefighters have been arriving in Australia.  AFAC (Australasian Fire and Emergency Service Authorities Council), the National Council for Fire and Emergency Services, first requested US assistance in late November 2019.  As of January 7 2020, the US had intermittently deployed more than 159 personnel to Australia; as of February 10 2020, 298 US personnel have been assigned to Australia to date.  Deployments are based on AFAC requests.  AFAC’s National Resource Sharing Centre (NRSC) coordinates resource requests from fire and emergency service agencies.  The NRSC represents Australia’s jurisdictional chiefs and commissioners, who know the operations needs of their state/territory, and who make the requests for resources to the NRSC.  On the US end, the National Multi-Agency Coordinating Group collaborates with the National Interagency Coordination Center based at the National Interagency Fire Center, to mobilize resources and distribute assistance requests across interagency partners.

Public engagement regarding US assistance

In December and January of this Australian fire season, frustrations with the resourcing of the bushfire response were palpable and pronounced on television and Twitter alike.  US journalist and former political consultant Dr Naomi Wolf, who founded Daily Clout, a legislative database and citizen journalism organisation, saw on social media, a ‘lot of passionate interest’ in Australia’s response to firefighting assistance offers, and noted that ‘people seem very aware’ of the formalized firefighting resource sharing relationship.  Daily Clout is non partisan. So, Dr Wolf states, ‘we follow where citizens lead.’  She located US – Australia materials while following news reports:

I was baffled because I saw that there had been a hundred firefighters from the US who arrived in Australia, and then I looked at international help for the Northern California fires because I think I probably had had a memory that there had been some international help for us … and there I saw that indeed there had been Australian firefighters … knowing what I do about how governments work and about how aid works … you can’t just show up … So I am sure I just googled US – Australia firefighting agreement.  I didn’t know that there was one. I just knew that the way governments work there has to be something formalized, some document. So, then I found that agreement.

Dr Wolf notes that she got wind of the likelihood of a documented regime c/o California Department of Forestry and Fire Protection.  Their Twitter handle, @CAL_FIRE, had tweeted:

While we are ready to lend our support at any moment, it is strategically vital that we do not self-deploy and that we work within the international aide system.  When there is an international request for assistance, the federal government receives that request and they disperse those requests throughout the nation to various federal agencies first.  When and if the federal government is not able to fill all of the requests they then reach out to local government agencies across the nation to continue to fill those requests.

The scale of help is addressed on the National Interagency Fire Center’s website:

A. Before resources are sent to Australia, we must have an official request from the Australian Fire and Emergency Service Authorities Council.

Dr Wolf states that Australians reaching out to her on social media did not have a fixed number in mind:

I think that Australians want the fires to be fought with every tool and people’s general understanding is that includes firefighters, which the agreement provides for, and equipment … They want everything that can be done to save these precious animals, precious homes, precious humans …  And they don’t understand why help has not been accepted.

The inquiry as to the mobilizing of international aid extends beyond the Australia – US relationship.  The calling up of other nation-states’ assistance has been called into question.  In a statement issued on January 17 2020, AFAC stated that ‘[C]urrent firefighting needs are being supported through pre-existing international arrangements’ (the US, Canada, and New Zealand having sent support).  Crucially, Australian’s bushfire defence is reliant upon volunteer firefighters.  (Consider that New South Wales’s Rural Fire Service is the largest volunteer fire service in the world, with more than 72,000 members).  Volunteer firefighters identify more volunteers as one resource they are in need of.  And Australian volunteer firefighters have died in service this fire season.  Mid-January, AFAC’s stated position, however, was that ‘the generosity of international firefighting agencies means no additional firefighters are needed at this time.’  This tension animated the argument for greater international assistance.

On January 23 2020, an aircraft tanker dropping retardant on fire in New South Wales crashed, killing the three American crew on board.  Ian McBeth, Paul Hudson, and Rick DeMorgan, Jr were private contractors with Coulson Aviation, a Canadian company that owned and operated the air tanker.  Their deaths are a devastating reminder of the stakes in firefighting. Flags flew at half mast, including two on Sydney Harbour Bridge.  Three koalas being cared for and housed at the Australian National University that were found in the same region as the crash have been named after the men.  The extent to which the Arrangement was mobilized to enable rapid deployment of crisis scale-appropriate firefighting resources is questionable.  Australian gratitude towards American firefighting Avengers, including their contractor counterparts, is not. 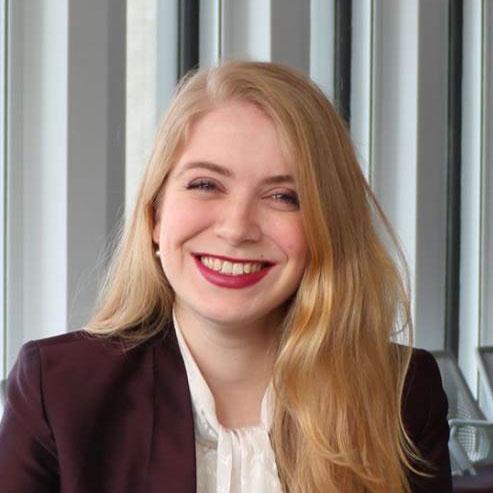 Madeline Cameron Wardleworth is a legal research and policy consultant, who graduated from Columbia Law School as a James Kent scholar in 2018 and was a Postdoctoral Research Scholar at Columbia Law from 2018 to 2019.

Spread the love
Spread the love
Previous StoryThe Summer of 2019/2020, Australian Koalas Are Caught between a Firestorm and Political Expediency
Next StoryTrump’s Afghanistan Deal Prioritizes Bragging Rights Over Lasting Peace