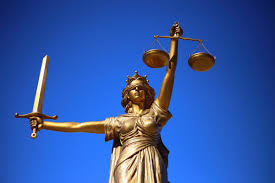 ‘Greece: Beginning Sunday, unvaccinated people in Greece aged 60 and over will have to pay a monthly fine of €50 ($57), a penalty that’ll be doubled in February. “It’s the price to pay for health,” Prime Minister Kyriakos Mitsotakis said.

Austria: The government is planning to slap all unvaccinated adults with fines of up to $4,108 beginning in mid-March.

Canada: The Quebec government announced last week that unvaccinated adults will soon have to pay a financial penalty. Quebec’s premier said the policy was a “question of fairness” for the 90% of Quebec adults who are vaccinated.

The US: President Biden’s vax-or-test mandate for large employers, which could have led to fines up to $136,000, was struck down by the Supreme Court last week. Still, a number of corporations have implemented some form of “no-vax tax” on employees anyway: Delta is charging unvaccinated staff on its health plan an extra $200/month, and Kroger eliminated paid leave for unvaxed employees who get Covid.’’