As Trump Orders US Out of Afghanistan, Notorious CIA-Backed Units Will Remain 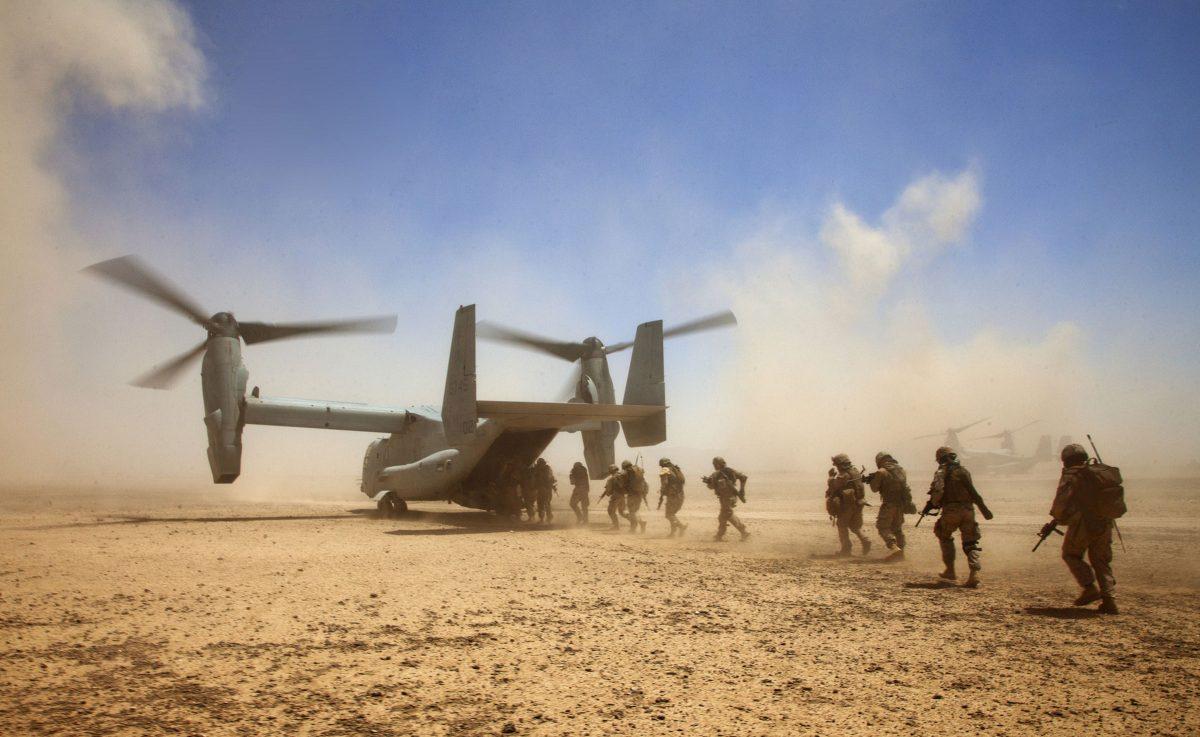 Politicians and pundits alike have roundly criticized Donald Trump for stating he will pull our troops out of Syria and cut US forces in Afghanistan by half. James Mattis immediately resigned as secretary of defense, writing in a letter to Trump, “you have the right to have a Secretary of Defense whose views are better aligned with yours.”

As the US military kills civilians in Syria and CIA-led Afghan forces continue to commit war crimes, it appears Trump is doing the right thing in pulling out military troops. But the CIA will remain and grow stronger after the US troops leave. “[A]s American military forces are set to draw down, the role of the Central Intelligence Agency is only likely to grow in importance,” according to The New York Times.

On December 31, The Times described a CIA-sponsored Afghan strike force that operates “unconstrained by battlefield rules designed to protect civilians, conducting night raids, torture and killings with near impunity.” In the article, journalist Mujib Mashal cites an October 2018 United Nations report that raised concern about “consistent, credible accounts of intentional destruction of civilian property, illegal detention and other abuses.”

Mashal reports that the abuses by the CIA “are actively pushing people toward the Taliban” and when few US military troops remain, “the [CIA-led] strike forces are increasingly the way that a large number of rural Afghans experience the American presence.” Indeed, Mohibullah, whose relative was killed when his home was attacked by a strike force, told The Times he saw “no difference between the CIA-sponsored force and the Islamic State if the result was to be attacked with no warning.”

International Court: Reasonable belief of US war crimes in Afghanistan

Last fall, the chief prosecutor of the International Criminal Court (ICC), Fatou Bensouda, asked the court’s Pre-Trial Chamber to open a formal investigation into the possible commission of war crimes and crimes against humanity committed by parties to the war in Afghanistan, including US persons.

Bensouda’s preliminary examination found “a reasonable basis to believe” that “war crimes of torture and ill-treatment” had been committed “by US military forces deployed to Afghanistan and in secret detention facilities operated by the Central Intelligence Agency, principally in the 2003-2004 period, although allegedly continuing in some cases until 2014.”

Bensouda noted these alleged crimes “were not the abuses of a few isolated individuals,” but rather “part of approved interrogation techniques in an attempt to extract ‘actionable intelligence’ from detainees.” She concluded there was “reason to believe” that crimes were “committed in the furtherance of a policy or policies … which would support US objectives in the conflict in Afghanistan.”

Like its predecessor, the Trump administration is adamant that US war criminals escape justice. In response to Bensouda’s referral, National Security Adviser John Bolton told the right-wing Federalist Society the United States would punish the ICC if it mounts a full investigation of Americans for war crimes committed in Afghanistan.

But Bensouda will not be bowed. After Bolton’s speech, she stated that the ICC is “an independent and impartial judicial institution” based on the principle of complementarity, where the ICC will step in only if the accused’s home country does not. Bensouda added, “The ICC, as a court of law, will continue to do its work undeterred, in accordance with those principles and the overarching idea of the rule of law.”

Meanwhile, the ICC has received an astounding 1.7 million allegations of war crimes committed in Afghanistan during a three-month period ending in January 2018. Some accusations encompass entire villages.

The US should completely withdraw from Afghanistan and Syria

Robert D. Kaplan, senior fellow at the Center for a New American Security, a bipartisan think tank, wrote in The New York Times that the United States should withdraw from Afghanistan. “No other country in the world symbolizes the decline of the American empire as much as Afghanistan,” he opined. “There is virtually no possibility of a military victory over the Taliban and little chance of leaving behind a self-sustaining democracy — facts that Washington’s policy community has mostly been unable to accept … It is a vestigial limb of empire, and it is time to let it go.” While Kaplan writes, “it may soon be time to for the United States to get out of the country altogether,” he presumably includes CIA, as well as military, forces in that withdrawal.

Regardless of Trump’s motivation in pulling out of Syria, it is the correct decision, says international law scholar Richard Falk. But, he adds, Trump should also end the air strikes and use the money saved by terminating military operations to help Syria recover from the humanitarian disaster wrought by seven years of war.

Falk slammed “Mattis’ geopolitical hubris” for writing in his resignation letter that “the US remains the indispensable nation in the free world.” Falk wrote, “Really. Such an opinion is not widely shared in most parts of the world. Many people and foreign leaders now worry far more about what the United States does than they do about China and Russia.”

The “near-universal condemnation by Democrats and Republicans alike” of Trump’s announcement that he will withdraw US forces from Syria “says less about Trump than it does about the US foreign policy establishment’s blinkered vision,” Columbia Professor Jeffrey D. Sachs wrote at Project Syndicate. Sachs disputes the notion that the United States has “been in Syria (or Iraq, Afghanistan, Yemen, the Horn of Africa, Libya, and elsewhere in the region) because of ISIS.” Sachs sees ISIS as “more a consequence than a cause of the US presence.”

Sachs disabuses us of the notion that the United States — from Obama to Trump — has sought to overthrow Syrian president Bashar al-Assad for the purpose of bringing democracy to Syria, citing US support for the undemocratic Saudi Arabia. “The real purposes,” Sachs astutely notes, “have been US regional hegemony; and the real consequences have been disastrous.”

In a statement following Trump’s announcement, Veterans for Peace (VFP) lauded the goal of a total removal of US troops from Syria, hoping it would lead to the complete withdrawal of US forces from Afghanistan and the Saudi-led war in Yemen as well. “It is high time to unwind all these tragic, failed and unnecessary wars of aggression, domination and plunder,” VFP stated. “It is time to turn a page in history and build a new world based on human rights, equality and mutual respect for all. We must build momentum toward real and lasting peace. Nothing less than the survival of human civilization is at stake.”

Indeed, the United States should withdraw all of its forces, including the CIA, from Afghanistan. All US troops should be removed from Syria and all bombing must end. And the US government should make reparations for the devastation it has wreaked in both of those countries.

Marjorie Cohn is professor emerita at Thomas Jefferson School of Law, former president of the National Lawyers Guild, deputy secretary general of the International Association of Democratic Lawyers and an advisory board member of Veterans for Peace. Her latest book, Drones and Targeted Killing: Legal, Moral, and Geopolitical Issues, was recently published in an updated second edition