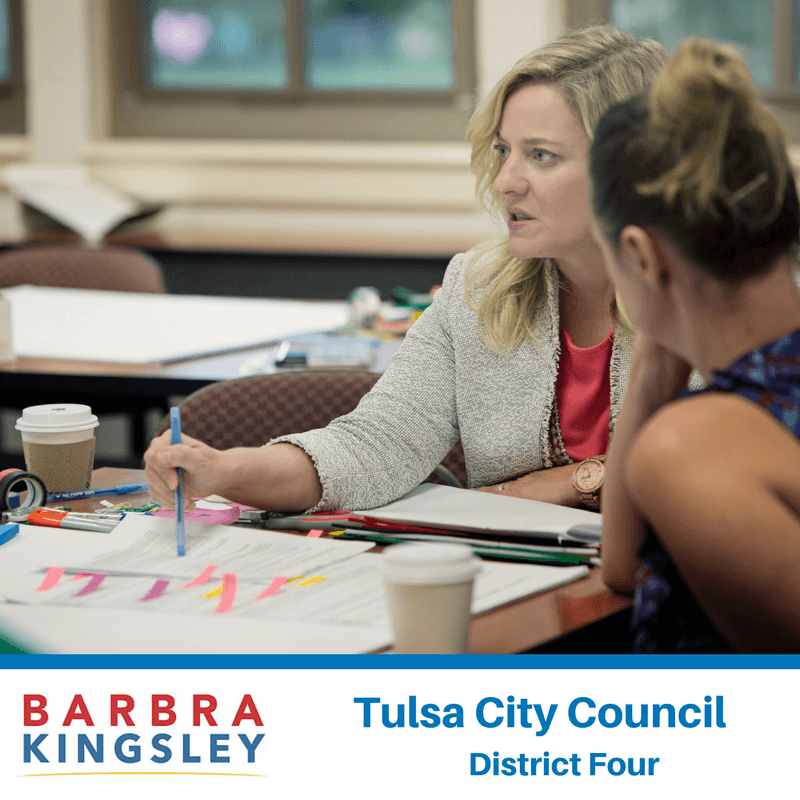 There I sat at the end of a long night. It was just my husband and me sitting at a bar in downtown Tulsa. The bartender looked at me sadly and offered a shot. I’m not a shot person, but what the hell? This was a unique situation, and I could afford a shot of cheap tequila and even a few tears. After all, I had just run for City Council – and lost.

However, the outcome (not to mention the late-night shot of tequila) really doesn’t tell the whole story.

I was inspired to run for City Council because I wanted to build a strong communication system within our district and for the city as a whole. Tulsa currently suffers from a serious communication gap. Our city, like many others, must find better ways to involve citizens in decision making – and not simply inform them after the fact. I envisioned a better two-way communication model to gain direct feedback from citizens and incorporate it into the decision making and goal setting process. Clear, measurable goals – guided by citizens – would allow us to chart a better, more citizen-centric path for our district.

To achieve these goals and aspirations, however, you still have to run the race – which, as many candidates will tell you, feels like the world’s longest job interview. Running for office is a bewildering, life altering, tiring, yet ultimately, affirming experience. With the advantage of time and hindsight, I can now better bring into focus what this experience taught me, and I believe that these lessons apply to all political races. Though the scale may be different up and down the ticket, the lessons are, ultimately, the same.

Listening is your most important job. We are taught from a young age that leaders speak, and others listen – when, in reality, good leaders do the opposite. I remember becoming acutely aware of the role of listening through my graduate studies in organizational leadership. It was a game changer for me. Until then, I – like many –believed that leaders need to stand up, speak tough, and have right answers. We don’t. But what we do need is the ability to listen, to connect with others, to understand what problems we are trying to solve. Your candidacy starts – and ends – with listening.

Speak your truth. Just because you must listen first, doesn’t mean you won’t need to talk! As a candidate you must convey who you are – your values and your ideas – in plain language so your constituents can make an informed decision. In the beginning, you may be inclined to say what you think others want to hear. However, time in a race teaches you to shore up your positions, to learn what matters to your constituents (and to you), and to passionately express the values you hold most dear.

Your skin will get thicker. I’m naturally a sensitive person, and the political process is not easy for people like me. Early on, when I would hear that a friend was supporting my opponent, it hurt. When I would get a negative message on Facebook, it hurt. But a funny thing happened along the way: things began to hurt less. I still cared, but it wasn’t agonizing. As I toughened up, I began to see these issues as a natural part of the process. When you choose to put yourself out there, you will be picked apart and scrutinized. It is hard to hear criticism and listen (ask my husband how well I do this at home), but if you can, you will improve – both as a candidate and a person.

Raising money sucks. That’s it. There’s really no better – or more articulate – way to say it. Running a political race costs money – a lot of it. Unless you are independently wealthy or you just really enjoy raising money (in which case, you should be filing for candidacy right this moment!), you must accept the reality of fundraising. You will need to not only sell yourself and your ideas but also “make the ask.” The campaign is the engine, and it needs gas to run well. Remind people what they are paying for (signs, ads, flyers, etc.) and make it concrete. Be honest and open: if you need $1000, ask for it! They can only say no.

Your whole family will run with you. Early on, I realized that the campaign process was going to be as hard – if not harder – for my husband and my five-year old daughter than for me. I was gone numerous nights a week at fundraisers, meetings, or debates. When I was home, I was glued to my phone responding to texts, writing answers to newspaper queries, or preparing for the next day’s work. I was frequently overwhelmed and often distracted. On Mother’s Day, a social media fiasco pulled me outside while my family – my husband, my daughter, and my mother – celebrated in the kitchen. It wasn’t just me running this race. We were all running.

Was it worth it?

Resoundingly, yes. I learned about myself, I learned about my community, and I ran a positive race fully focused on improving my city’s future. But those are all “I” statements; what made the race most important was the people I met along the way – it was the Tulsans whose stories I learned, that made this journey real and meaningful. I still thoroughly believe in all the same things that inspired me to run: through transparent, citizen-centered communication, we can better solve both local and national problems.

The day after the race, I woke up feeling a little worse for the wear (the tequila shot didn’t help), but my daughter looked at me and said “Mommy, I know you didn’t win, but I still think you’re a winner.” And I think she’s right. 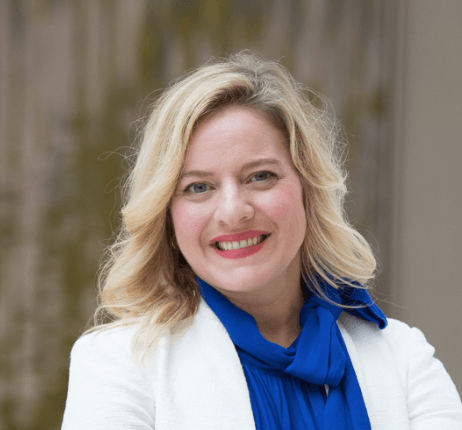