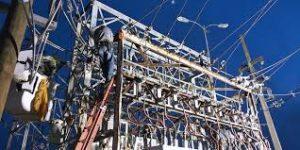 October 12, 2020 (IEEFA) ‒ A major contract signed with the LUMA Energy consortium may prevent Puerto Rico from building a safe, reliable and resilient electrical system, according to a new report from the Institute for Energy Economics and Financial Analysis (IEEFA).

The deal to operate the island’s grid came in the wake of a series of devastating 2017 hurricanes and amounts to a full privatization of the functions of the Puerto Rico Electric Power Authority (PREPA). It will direct hundreds of millions of dollars over the next 15 years to LUMA Energy, a consortium of the Houston-based Quanta Services and the Calgary-based ATCO Ltd.

“This is not a partnership,” said Tom Sanzillo, IEEFA’s director of finance and author of the report. “It is a contract that guarantees the flow of money to LUMA Energy and leaves a safe, reliable and affordable electricity system for Puerto Rico to luck.”

The contract is likely to push the price of electricity from a targeted 20 cents per kilowatt-hour (kWh) to 30 cents/kWh because of the added costs of debt servicing, fuel prices, political patronage and poor contracting. Consultant and oversight fees are expected to rise to $254 million during the current fiscal year, enough to boost electricity rates by 1.6 cents/kWh.

The LUMA contract also encourages the use of natural gas, thwarting the island’s goal of achieving 100 percent renewable energy by 2050 by allowing LUMA to file changes with regulators to the island’s integrated resource plan.

It’s possible the consortium could run into financial problems. Rebuilding the island grid is estimated to cost more than $20 billion. The two consortium companies, Quanta and ATCO, have a combined market capitalization of only $12 billion.

The terms of the contract also allow LUMA to ignore collective bargaining agreements with Puerto Rico’s solidly unionized workforce. The labor agreements were ostensibly scrapped as a cost-saving measure, but the contract fails to address more wasteful parts of the power system, such as fuel, debt and political patronage costs.

The contract is highly unlikely to increase transparency. PREPA, which is essentially handing over almost all of its obligations to LUMA, has had to be dragged into court to share basic information about its operations. LUMA, as a consortium of private corporations, is unlikely to freely share information because of its confidential and proprietary obligations.

Finally, there is little accountability for the parties in the agreement. The biggest part of LUMA’s fee for running the grid will be paid whether the job is done well or not. The three oversight agencies – the Public-Private Partnerships (P3) Authority isn’t qualified to administer the electrical system; the Puerto Rico Electricity Bureau (PREB) doesn’t have the resources to supervise LUMA; and the Financial Oversight Management Board (FOMB) is an unreliable fiscal monitor.

“This contract surrenders rights and responsibilities for the electricity system that are currently housed in a public authority—PREPA,” said Sanzillo. “A considerable amount of policy and operational authority is being moved to a private corporation—LUMA Energy. Taken separately, the issues in our report would be difficult to manage. Taken together, it’s likely that the mistakes of the past will be repeated. This contract should be rescinded and a new process put in place.”

The Institute for Energy Economics and Financial Analysis (IEEFA) examines issues related to energy markets, trends and policies. The Institute’s mission is to accelerate the transition to a diverse, sustainable and profitable energy economy.

Spread the love
Spread the love
Previous StoryIs President Trump Going To Bring Affordable Health Care To Americans In A Potential Second Term?
Next Story“Barrett Is Poised to Become the Most Radical Right-Wing Member of Supreme Court”