Without Fossil Fuels There is No Need for Electricity 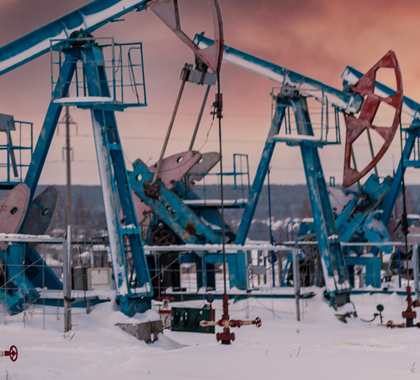 Without Fossil Fuels There is No Need for Electricity

Since everything that needs electricity is made from the oil derivatives manufactured from crude oil, there will be nothing new to power without crude oil!

America is in a fast pursuit toward achieving President Biden’s stated goal that “we are going to get rid of fossil fuels”  to achieve the Green New Deal’s (GND) pursuit of wind turbines and solar panels to provide electricity to run the world, but WAIT, everything in our materialistic lives and economies cannot exist without crude oil, coal, and natural gas.

Everything that needs electricity, from lights, vehicles, iPhones, defibrillators, computers, telecommunications, etc., are all made with the oil derivatives manufactured from crude oil.

The Green New Deal proposal calls on the federal government to wean the United States from fossil fuels and focus on electricity from wind and solar, but why? What will there be to power in the future without fossil fuels?

Rather than list the more than 6,000 products  made from the oil derivatives manufactured from crude oil, I will let the readers list what is NOT dependent on oil derivatives that will need electricity. They can begin listing them here ______   ________    _______.

And by the way, crude oil came before electricity. The electricity that came AFTER the discovery of oil, is comprised of components made with those same oil derivatives from crude oil. Thus, getting rid of crude oil, also eliminates our ability to make wind turbines, solar panels, as well as those vehicles intended to be powered by an EV battery.

Today, Environmental, Social and Governance (ESG) divesting in fossil fuels are all the rage with big banks, Wall Street firms, and financial institutions, to divest in all 3 fossil fuels of coal, natural gas, and crude oil. Both President Biden and the United Nations support allowing banks and investment giants to collude to reshape economies and our energy infrastructure toward JUST electricity from wind and solar.

A reduction in the usage of coal, natural gas, and crude oil would lead us to life as it was without the crude oil infrastructure and those products manufactured from oil that did not exist before 1900, i.e., the decarbonized world that existed in the 1800’s and before when life was hard, and life expectancy was short.

Ridding the world of crude oil would result in less manufactured oil derivatives and lead to a reduction in each of the following:

Before we rid the world of all three fossil fuels of coal, natural gas, and crude oil, the greenies need to identify the replacement or clone for crude oil, to keep the world’s population of 8 billion fed and healthy, and economies running with the more than 6,000 products now made with manufactured derivatives from crude oil, along with the fuels manufactured from crude oil to move the heavy-weight and long-range needs of more than 50,000 jets and more than 50,000 merchant ships, and the military and space programs.

Open government policies should be focused on reducing our usage, via both conservation and improved efficiencies, to REDUCE not ELIMINATE crude oil, and reduce its footprint as much as practical and possible, is truly the only plan that will work.

Pulitzer Prize nominated author, and Policy advisor for The Heartland Institute on Energy.

Spread the love
more
This DailyClout article is the writer’s opinion.
One of our country’s most important freedoms is that of free speech.
Agree with this essay? Disagree? Join the debate by writing to DailyClout HERE.
Spread the love
more
Previous StoryElon Musk’s Brain-Tech Company Withholds Records After Research Leaves 15 Monkeys Dead
Next StoryAn Open Letter to Attorney General: Deceptive Practices, Truth-in-Advertising COVID-19