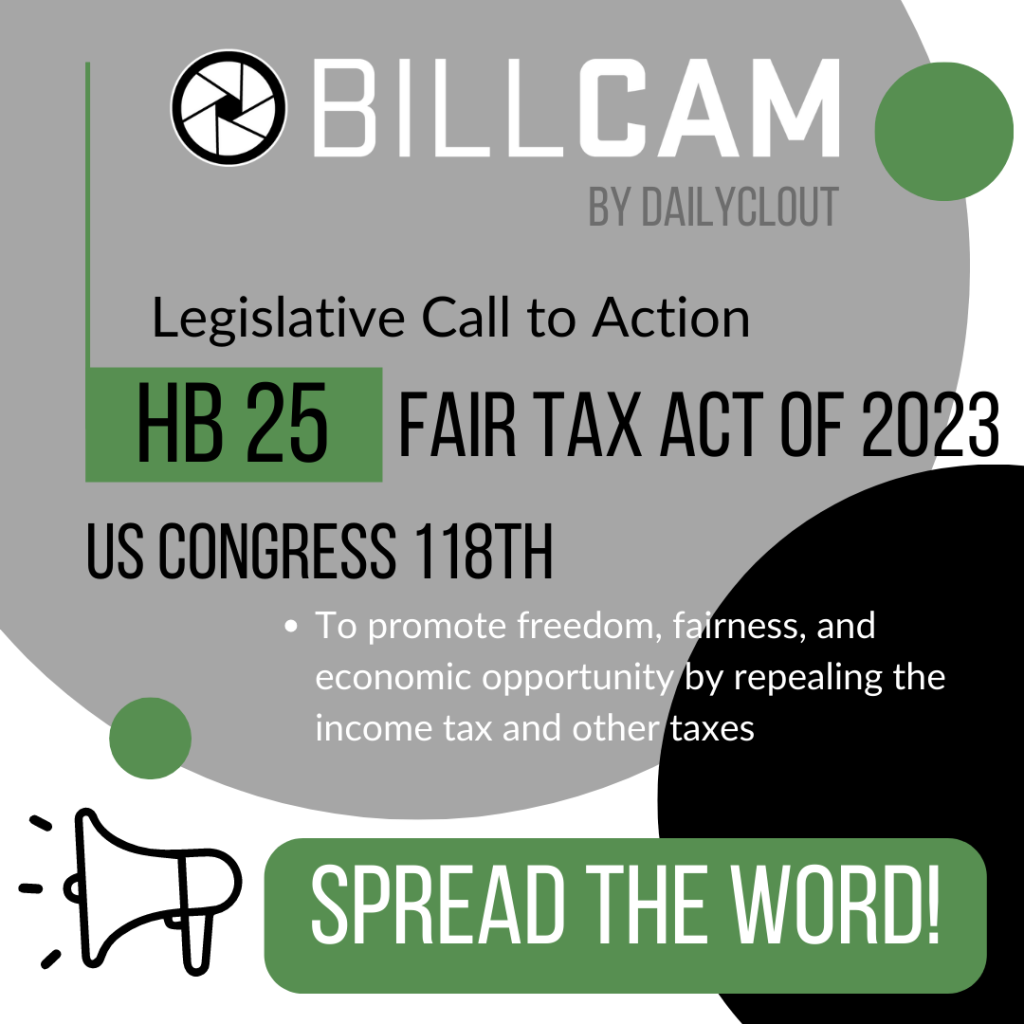 To promote freedom, fairness, and economic opportunity by repealing the income tax and other taxes, abolishing the Internal Revenue Service, and enacting a national sales tax to be administered primarily by the States.

Take Action!  Let your community know about this bill!

Let your legislators know what you think!

Search by State, Representative, or any issue that interests you!