This Week’s Window On Congress 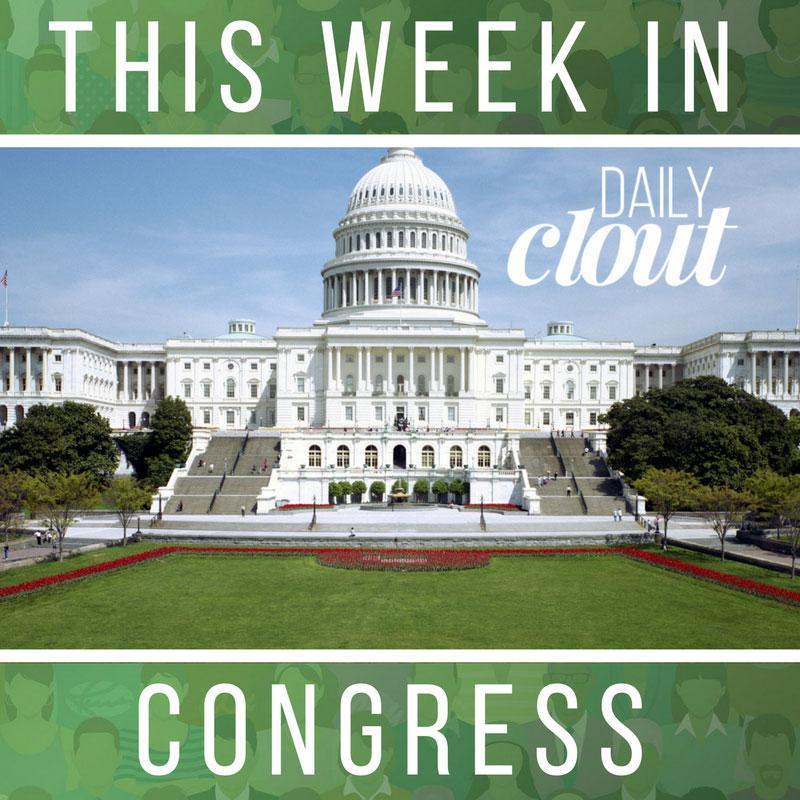 Congress is tackling bills this week that range widely, from big infrastructure changes, to bills addressing the future of hydroelectric energy. The three bills that Daily Clout chose for you to watch this week are the Promoting Cross-Border Energy Infrastructure Act, the Enhancing State Energy Security Planning, the Emergency Preparedness Act, and the Ozone Standards Implementation Act. Each bill is part of a larger package of legislation meant to modernize our energy infrastructure and the way that we use natural resources.

This week, the House is again “suspending its rules,” or its regular Parliamentary procedure of debate and voting. “Suspension of rules” is supposed to be used only when the bills passed are noncontroversial, so critics are questioning the use of “suspension of rules” to simply pass bills without voting — bills that some might consider controversial indeed. Here’s a list of every bill the House of Representatives plans to consider this week.

This bill is meant to make the process of building trans-border pipelines and electric transition facilities more standard. It would alter the authorization process for the construction, connection, operation and maintenance of international border-crossing facilities for import or export of oil or natural gas, or the transmission of electricity. Supporters say that it will also make this process more transparent. One important note is that it will require a certificate of authorization in order to cross a border to Canada or Mexico. The relevant agencies in charge are the Federal Energy Regulatory Commission and the Secretary of Energy. No Presidential permit is required.

This bill amends the Energy Policy and Conservation Act to provide Federal financial assistance to states for the implementation, review and revision of energy security plans. This money may also be used for other purposes. The bill seeks to strengthen the states’ ability to secure infrastructure.

This bill gives states more time and flexibility to implement the Environmental Protection Agency’s revised ground-level ozone and air quality standards. The allowable amount of ozone is now seventy parts per billion. The bill also delays some EPA standard deadlines — for example, the designation of states as having not met the standards will not occur until 2026. Critics say that this lets polluters off the hook. Furthermore, the review cycle for National Ambient Air Quality Standards will be extended but this bill, and pollutants that are governed by the Clean Air Act are now reviewed over the course of ten, and not five, years. Critics say that this will allow for more toxic air quality.

Other Bills Being Considered This Week:

Granting the consent and approval of Congress for the Commonwealth of Virginia, the State of Maryland, and the District of Columbia to amend the Washington Area Transit Regulation Compact
(Sponsored by Rep. Barbara Comstock / Judiciary Committee)​

Granting the consent and approval of Congress for the Commonwealth of Virginia, the State of Maryland, and the District of Columbia to a enter into a compact relating to the establishment of the Washington Metrorail Safety Commission
(Sponsored by Rep. Steny Hoyer / Judiciary Committee) ​

To amend the Federal Power Act with respect to the criteria and process to qualify as a qualifying conduit hydropower facility
(Sponsored by Rep. Richard Hudson / Energy and Commerce Committee)

To extend the deadline for commencement of construction of a hydroelectric project
(Sponsored by Rep. Dan Newhouse / Energy and Commerce Committee)

As these bills progress, if you tell us to, or if we feel that they are newsworthy, we’ll cover them in more depth. Use the BillCam to comment on, share, and vote on, the bills about which you care. Drive your democracy!