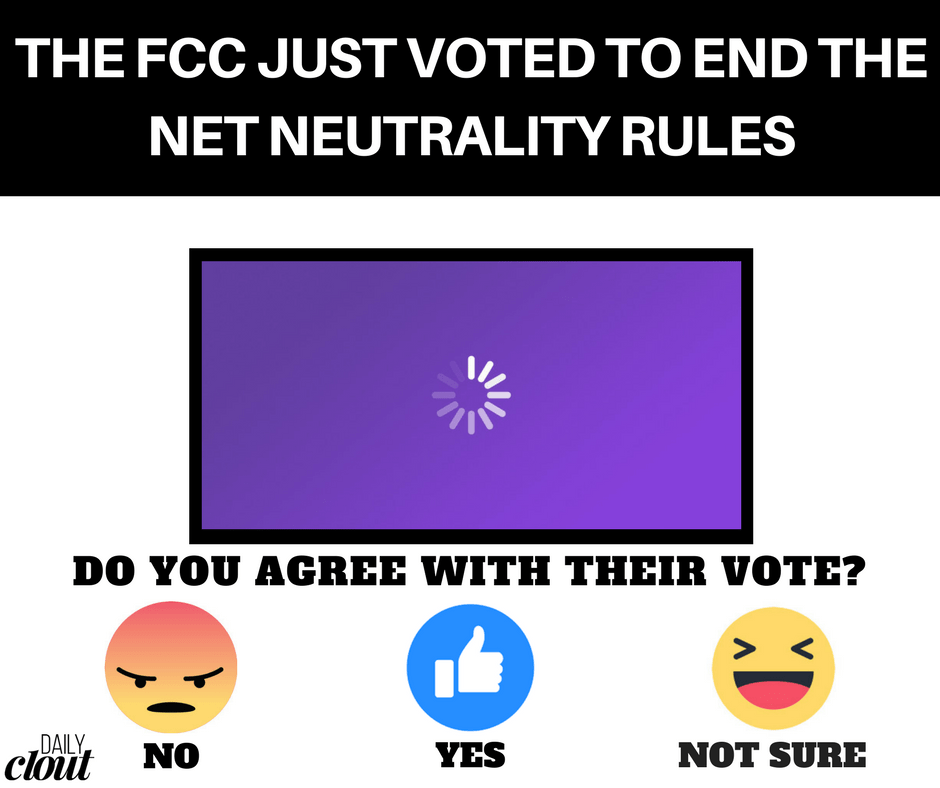 The FCC led by Chairman Ajit Pai, just passed a resolution to end net neutrality rules. It happen! I remember we began covering this issue the only thing we knew about Aijt Pai was that he had a big Reeses Cup mug.

Through all the advocacy, debate, jokes and “Reeses cups”, the FCC has actually unraveled the “net neutral” rules instated by the Obama Administration.

But it doesn’t mean the conversation is over. According to Wired.com, the decision will be challenged in the courts and eventually Congress could have the final say.

Where do you stand on this issue? Go to our Facebook page and vote: Spread the love
Spread the love
Previous StoryTROUBLE AT THE POLLS?
Next StoryAnother Looming Government Shutdown? Taxes, Religion, and Post Offices? – This Week in Congress