The Fall of Canada, the Danger in the US 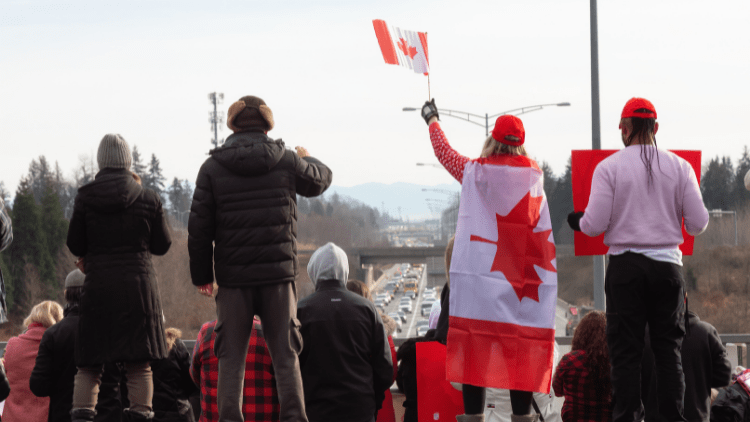 The world has watched, in pain, as images of police violence from Ottawa, and of a bid for Canadian tyranny (that I would ever write those words!) are flashed around the world.

As usual, I hate to be Cassandra; but the chessboard ahead is all too clear. On Feb 12, 2022, I warned, during an appearance on Steve Bannon’s WarRoom, that we all must all now brace for a period during which the powers that now clearly seek to enslave our planet, and subdue our human species, will be broadcasting scenes of civil society mayhem, and of shocking violence against protesters.

I also predicted that there would be food shortages and other economic harms that would be blamed on the protesting truckers, and I warned too that people should print out their bank and any liquid asset records, as there would be cyberattacks on financial institutions and the freezing of accounts. All of that, of course, took place in the week that followed.

I recently received a kind note on social media thanking me for my bulletins about the near future as it helped people, the writer explained, to stave off shock and disorientation. I have often spoken about how tyrants rely on just these effects of shock and disorientation to “tenderize” a targeted population, so I will keep alerting you all to the near future, as unpleasant as that task can be.

So in this essay I wish to explain, especially to Canadians, what martial law really is, and how very dangerous it is, since many leaders there, especially Parliamentarians, appear to be in the treacherous “hangover” state of thinking that they still inhabit the old world that died when Justin Trudeau declared emergency law. I also wish to warn what happens historically at this moment in the decline of a formerly democratic nation, and what the murder of Canadian democracy — at least for now — means to the rest of the world.

Parliamentarians in Canada do not seem to understand that now their former colleague, Justin Trudeau, can arrest not just truckers, whose lawful protest has been declared illegal, but also the Parliamentarians themselves. This is, sadly, the next step in this kind of drama, historically. It is an extraordinarily dangerous sign that Parliament is not seated. When the Australian Parliament was suspended, by the time they reconvened, their powers had been dramatically curtailed. Tyrants seek to normalize the convening of Parliaments as “optional” or to suspend normal Parliamentary processes long enough to hollow out a legislative body’s deliberative powers, and to ensure that when and if a Parliament (or a Congress, for that matter) meets again, it will be merely a ceremonial assembly.

Parliamentarians in Canada also do not seem to understand that “dictator” is no longer rhetorical. A member of Parliament was shushed when he cried out this epithet, but the fact is that this is not a slur at this point. Justin Trudeau is by definition now in fact a dictator.

At this stage in history, you do not go back to a previous state of civil society order without arrests, though hopefully you can do so without civil war. Historically, when a would-be dictator has reached this point in the suspension of democratic processes and has sought this level of a power grab, his arrests of the opposition’s leaders, on trumped-up charges, come next. Also arrested at this point are labor leaders, outspoken members of the clergy, and independent journalists and editors.

Beware the word “incitement”; the next stage is an edict that casts criticism of what Trudeau is doing, as a crime, or an act of violence.

At this stage in history, too, the identity of the security forces are at issue. Who are these frighteningly gas-masked, uniformed, extremely violent men represented as police in the streets of Ottawa? For that matter, who are the masked, black-uniformed, extremely violent men represented as police beating the protesters in Paris, a week ago?

It is not easy to get police and military to enforce violence upon their own people, their own neighbors and community members. A real danger at this point in the overthrow of a democracy (for that is what happened in Canada in this past week) is the deployment of militias accountable not to the people but to the newly minted dictator. This happened in Italy when Mussolini sought control, in Germany when the National Socialists sought power, and so on. Remember that there are mercenary armies around the world, such as those run by Xe, formerly Blackwater, for hire; remember that the Southern border of the United States is wide open and many observers have reported a massive influx of young adults of military age traveling alone. With an open border in North America, a mercenary army can flow not just into Canada, if permitted by border guards directed by a would-be dictator; they can also flow into strategic points in the United States.

There is also the criminal charge at stake. Justin Trudeau may well be guilty of an act of treason, which is defined in Canadian law as preparing to levy war against Canada, which is what I personally see in the Ottawa livestreams; and treason in Canadian law is also defined in other broad ways, including this: “(a) uses force or violence for the purpose of overthrowing the government of Canada or a province.”

What I must share with sincere regret is that at this point in history, it is a situation of either “arrest or be arrested.” I am not advocating; simply describing a consistent pattern in history.

At this point in a power grab, either Parliamentarians and patriotic heads of the military peacefully arrest an out-of-control leader who has sought to overthrow a democracy, or else they must be aware that history shows that their own arrests may be nigh.

I also note that we down South of the Canadian border are far from safe. It is alarming that our own President has not spoken out against Justin Trudeau’s militaristic power grab, or against his violence against peaceful protesters using their lawfully protected freedoms of speech and assembly. It is even more alarming that the Biden administration is seeking to extend our own state of emergency.

“Continuation of the National Emergency Declared by Proc. No. 9994

This notice shall be published in the Federal Register and transmitted to the Congress.”

And the current declaration by President Biden, as of this past week, that the Emergency Act must be extended, is about an Act that is open-ended in duration.

What this declaration does, going around Congress, is to continue to allocate billions of dollars to HHS, which billions in effect flow to constituencies to create a massive economic incentive for stakeholders to keep the drama of the pandemic, including forcible masking, pressure for vaccine passports, the possibility of closing businesses again, and all the misery of the past two years, ongoing forever. A state of emergency also allows the President to update the next Emergency Powers act in the future, with the kinds of suspension of democratic processes that we saw further North.

We are in a highly precarious situation in the US, when it comes to the restoration of the rule of law.

Sorry for this bleak bulletin, but this is where we are in the world. What is happening in Ottawa and in Paris is two to three weeks ahead of what will be attempted against us in the United States.

Washington State’s Board of Health tried to pass a regulation to create a detention camp for those exposed to a contagious disease; fierce citizen pressure, including from readers of my site DailyClout.io, stopped that action.

Then New York State under emergency law tried to pass the same kind of regulation. They will not stop coming at us.

Boards of Health are exactly what are empowered to do whatever is deemed necessary by — Boards of Health, under the COVID-19 Emergency Powers Act. They are our Trojan horse. If we are to be brought to our knees here in the US currently, it will be via these bland-sounding agencies and the master agency, HHS.

Beware of the focus now moving to “mental health”, as empowering Boards of Health with detention powers, with a focus of policing mental health, means that your and my dissident commentary can lead to our being entangled by these hyper-empowered and now-lawless entities in the near future.

The people’s mass noncompliance, the leadership of the opposition in taking on tyrants, and hopefully too the people’s quickly-mastered knowledge of their own Constitution, their own Charter of Rights, and their own legislative processes, alone can save us all.

The image of the great conflict of the 60s was of a young woman placing a daisy in a rifle barrel. The image of our great conflict, is that of scores of truckers on their knees, in the snow, praying, surrounded by unidentifiable standing thugs.

We have been here before. God have mercy on us; and as for us men and women, may we only remember in time that we are free people. 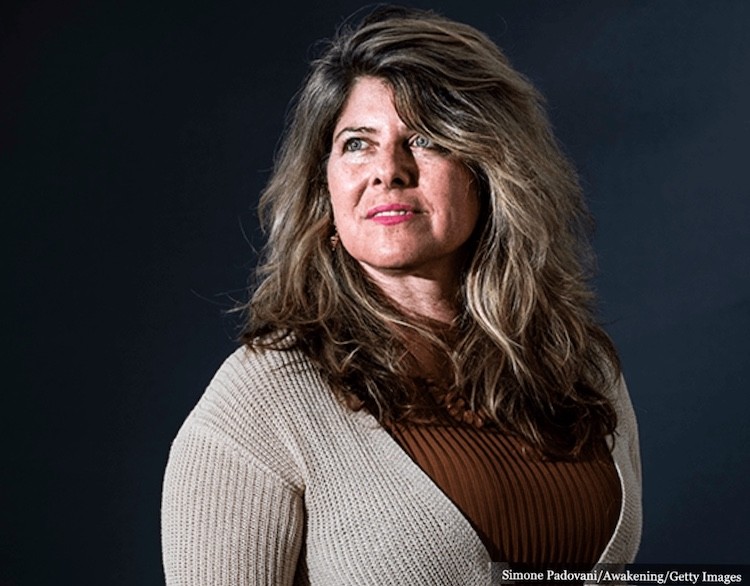