The Electoral College: a Hackneyed Mess — or One of The Founders’ Best Ideas? 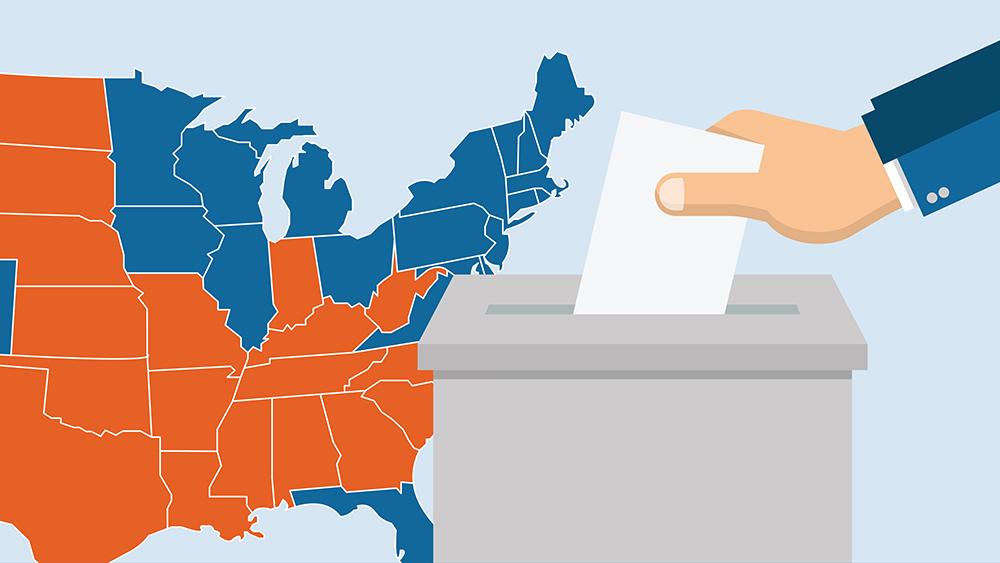 Senator Elizabeth Warren, thought by many to be a front runner in the next presidential campaign, spoke on May 15that the Center for American Progress ‘Ideas Conference’ (Real Clear Politics) with other 2020 Democratic presidential contenders and declared that democracy is “crumbling.” She questioned the Electoral College, saying “we are not a ‘healthy democracy’ if a person with the most votes loses.” The irony is that Senator Warren is absolutely correct about the health of the Union, but not for the reasons she expressed.

That a politician such as Elizabeth Warren, with her political status, a trained lawyer and former Harvard faculty member, could be so wrong about her understanding of the Constitution should be alarming. The founding fathers did not trust pure democracy. Jefferson called democracy the “tyranny of the masses.” The founding fathers established protective, deliberative bodies throughout our system of checks and balances, including the Electoral College, to protect the Union from such mob rule.

Like free speech, the right to self-protection and the right to privacy, many of our civil institutions, including the Electoral College, are under attack due to demagoguery or plain ignorance. As the next presidential election approaches, we need to recognize that when we fail to teach our citizens basic citizenship so that they have literacy about their own government, we no longer share the same values in a civil society. This in turn will result in eroding the rule of law and runs the risk of the very anarchy and abuse of powers which James Madison, writing under the alias Publius, in Federalist Paper No. 51 explains:

“Justice is the end [purpose]of government. It is the end of civil society…..In a society [such as an unfettered democracy] under the forms of which … stronger faction[s]can readily unite and oppress the weaker, anarchy may as truly be said to reign as in a state of nature, where the weaker individual is not secured against the violence of the stronger; [however], in the [constitutional]state, even the stronger individuals are prompted… to submit to a government which may protect the weak as well as themselves; … government … will protect all parties, the weaker as well as the more powerful.”

In keeping with this principle, the Great Compromise of 1787 created two houses, the Representatives and the Senate, to protect the interests of small states. The Senate gives equal weight to each state, regardless of population.

The Electoral College similarly safeguards the balance of interests and power of states diverse in both population and character. Not only does it force candidates to campaign in and consider each state as part of their aggregate “coalition” of Electors, only half of the states require the Electors to vote according to their state’s popular vote and few states have actual penalties if the Electors fail to do so. The Electoral College is therefore a true deliberative body in its own right, capable, in extraordinary circumstances, of choosing the president by itself. The Founders intended this to be the case because they feared, among other things, the election of a demagogue.

In the last election, vast swaths of citizens on the coasts and in major metropolitan areas, (many voters believed) belonged to special interest groups who have succumbed to Alexis De Tocqueville’s prediction of largess and dependency on federal coffers. With every conceivable federal program, from welfare to disability, to “earned income” credits, progressive and often career politicians continued to ask the question “how do I pander to each individual special interest group in order to guarantee my election and re-election,” with the result that the vote of the dependent class outweighs that of “middle America.”

The Electoral College came to the rescue, in the view of many in “middle America,” to restore the health of the Republic. The Midwestern states in particular, also known as the “rust belt,” in a state of economic desperation, exercised their constitutional right and ability to balance the special interests of the progressive, urban population centers in this last, critical election, and they deservedly, with the help of the Electoral College, overruled the popular vote.

The Left, after the last election, would understandably prefer to change the rules. In fact, until the election of 2016, the average voter favored removing the Electoral College by 60%. However, the Gallup organization now reports that support for the Electoral College is nearly evenly split.

Why? Because despite the ignorance of the current generation of both voters and politicians, the Founding Fathers left us a legacy of circuit breakers and checks and balances which many believe saved us in the last election, and citizens are now waking up to the wisdom of the Electoral College. The Constitution, elegant and prescient in its conception, anticipated what Elizabeth Warren characterized as an “unhealthy democracy,” and provided a remedy for what many (if not, in fact, quite a majority) in the last election believed to be an unhealthy state of the State.

To those so interested in eliminating the Electoral College, they should be reminded that matters of voting, wisely and in keeping with the principals of our republic, are not expressly mentioned in the Constitution (except in later amendments against attempts to deny the vote), that being left to the states. Thus, there is intentionally no mention of one-man-one-vote present in the Constitution at the federal level, which would be at odds with and contradict the existence of the Electoral College and the manner in which voting was conceived in the Constitution, wherein all matters of voting is done strictly at the state level.

The Constitution as written is a brilliant document and has protected us, usually from ourselves, for over 200 years. We need to recognize this and pass it forward.