Should President Trump’s “Covfefes” and other Tweets, Be Part of the National Public Archive? 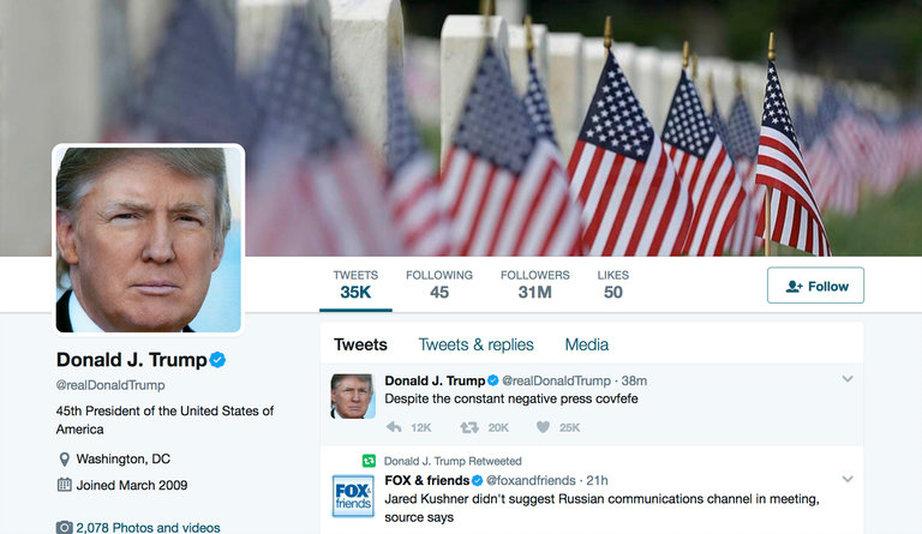 On May 31st, 2017, at 12:06 am, President Trump tweeted this to the world: “Despite the constant negative press covfefe.” The term “covfefe” quickly became an internet meme, as twitter blew up with references to this mysterious and confusing term.

This simple tweet, however, has resulted in more than just jokes — it has sparked a debate. Supporters of President Trump argue that this was merely a silly, and meaningless, typo. The President even tweeted several hours after the initial “covfefe” tweet. But critics would argue that this is just one example of Trump’s reckless social media presence.

The debate seems to come down to this question: how important is a tweet from the President?

Representative Mike Quigley (D-IL) believes that the President’s tweets should be seen as being of significant importance, and on June 12, 2017, he introduced the “COVFEFE Act,” or the cleverly titled “Communications Over Various Feeds Electronically for Engagement Act.” Check out the BillCam embed below to see and share the bill itself.

Rep. Quigley’s bill would add “social media” to this list, and accounts included under “social media” would include both official government accounts (i.e., @POTUS), and personal accounts (i.e., @RealDonaldTrump). The President and his staff would be responsible for cataloging these tweets while being overseen by the Archivist of the United States.

In a press release on his website, Rep. Quigley stated:

“In order to maintain public trust in government, elected officials must answer for what they do and say; this includes 140-character tweets […] If the President is going to take to social media to make sudden public policy proclamations, we must ensure that these statements are documented and preserved for future reference.”

But of course, there are some who do not believe the President’s tweets should be taken literally as formal Presidential statements. For example, James Briggs, a business reporter from the news site Indy Star, for instance, objects that: “social media platforms are waved off as casual communication channels.”

He argues that it would be confusing to regard President Trump’s tweets as official statements: he notes, for instance, that President Trump tweeted on May 28th that he intends to add more dollars to healthcare, when in reality, his administration had already officially supported the American Health Care Act, “a piece of legislation that would reduce healthcare spending by more than $100 billion.”

Given these contradictions, critics of this bill argue that retaining and archiving official Presidential statements and other more formal records, is much more helpful to history and to US citizens, than is having the government collect and document the soundbites from President Trump’s personal Twitter account.

What do you think? Should President Trump’s tweets from his personal twitter account be considered official Presidential records, and therefore be made a permanent part of the public record? Or is this bill a tendentious way to make a political point, and a waste of time and taxpayer money?

Spread the love
Spread the love
Previous StoryOPINION: “Dissecting Trump’s Efforts to Place Himself Above the Law”
Next StoryScopEx May Soon Be Underway in Arizona — Unnamed Material Sprayed in AZ Stratosphere to “Unknown” Env., Effect, Raising Millions for Harvard