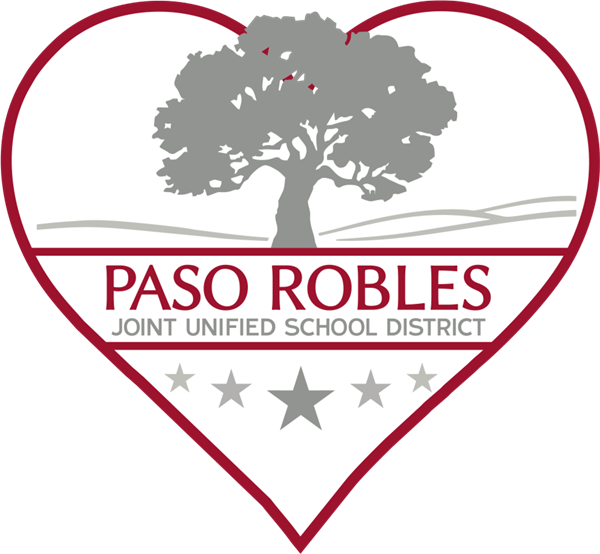 “Very happy with the decision made by the school board on the mask requirements in Paso Schools, due to the hard work of the students on campus. Hoping to see other schools around the county and state follow in our footsteps.”

San Luis Obispo County Public Health Director Dr. Penny Borenstein, MD, MPH was invited to the meeting to allow the board the opportunity to hear her perspective on why the health mandates needed to continue being enforced, but according to the district, she declined to participate.

Paso Robles joins California school districts in El Dorado and Roseville, which recently dropped mask mandate enforcement. Recent action at Paso Robles schools has led to a group of 150 local patents and students organizing at other school districts in the area, making it increasingly likely that mask mandates will fall countywide in San Luis Obispo County. An entire county ending enforcement is seen by some observers as a move that will force Governor Gavin Newsom’s hand to end mask mandates.

California school boards had previously been hesitant to act on this due to feared backlash from insurance companies that would lead to cancellation of liability coverage. Paso Robles School Board Trustee Frank Triggs, recently added by the board to fill a vacancy, took on the insurance policy issue at the Tuesday night meeting. Triggs asked pointed questions to district staff intended to put the public and other board members at ease by illustrating the distinction between “loss of coverage,” and non-coverage of “individual claims.”

The school board had previously been publicly told by district administration, by the board’s own attorneys, and by county staff that the insurance policy could be cancelled. They were additionally counseled that individual board members could be held personally financially liable and could be charged with criminal violation of the law if they lifted mask mandates.

These comments had a particularly chilling effect on the board when it took up the matter of face masks last in November 2021. Once the insurance component was dealt with by contacting the district’s insurance provider and several other insurers for perspective, it was evident that district staff, county staff, and attorneys may have incorrectly stated the risk of insurance cancellation. The district is self-insured.

Repeatedly talked about at the Tuesday meeting was Governor Newsom’s broken promise to address student face mask mandates by Valentine’s Day, a decision which has now been rescheduled for February 28, 2022.

Reports from Almond Acres, a charter school in Paso Robles, yesterday, is that grade school students were forced outside by administration to stand in the rain on the cold winter day if they were not going to wear masks.

Trustee Dorian Baker, a teacher for 25 years in the district, who authored the successful resolution on mask choice commented,

“I consider it our sacred obligation to protect our children…We gave it time because we were told these measures would be helpful.”

Baker, in introducing the resolution, provided a long list of harm done to children by mandatory masking, including pointing to the cognitive decline observed in children and the drastic increase in referrals to speech pathologists.

Her resolution was modeled after a similar resolution that recently passed in Roseville, California.

“Thank you. I have seen other areas of the question that I hadn’t seen before.”

Gearhart nonetheless voted to keep students masked. After the conversation on masking, the trustee put a mask on his face when he had previously not been wearing one. San Luis Obispo County’s indoor mask mandate on adults was dropped on February 16, 2022.

He explained he wears the mask to act as a voice for the voiceless members of the community who fear parting with the mask mandate.

Out of several dozen speakers on the topic, over the hour of public comment, one of the two public voices of dissent on that agenda item was a teacher who called in to describe the importance of the plexiglass barriers she has placed in the classroom between her and her students. She described her effort of helping to educate America’s future generation with the shocking military analogy “in the trenches,” depicting the children, in public comment, as enemies that would do her harm if given the opportunity. She assured parents and board members not to worry that children can express all they need to using just their eyes and that teachers can do the same.

Trustee Frank Triggs, read a letter from county supervisor Debbie Arnold in support of the motion to remove masks saying

“The resolution before you speaks to personal and parental choice.”

Triggs, an ordained pastor, likened forced masking of children to child abuse and pointed to his responsibility under the law as a mandated reporter of child abuse.

In response to a pro-mandate teacher at the school assigning students the project of writing emails to the board, and in response to a general attitude of fear expressed toward the unmasked, Triggs commented:

“For those who operate out of fear, in all due respect, maybe you should wear a mask.”

Trustee Chris Bausch, who supported the motion, commented, “This has been two years of contradictions.” Bausch continued,

“Tonight we stand in favor of our students, their mental health, their emotional health…This bullying we heard of tonight must end.”

Surprising stories of intimidation of unmasked students by teachers and staff were shared. Paso Robles High School student Hunter Breese even spoke of student grades being affected by face mask compliance or non-compliance, with Breese himself being graded down academically for not wearing a mask the way the teacher insisted.

The public gallery was filled with parents and students which flowed outside and shocked meeting attendees with account after account of harm done to children by the allegedly “safe and effective” policy of mandatory masking.

At one point, as the allotted 40 minutes of public comment on the agenda item was scheduled to end, with a line of speakers remaining, a member of the public rose and stated “Mr. President, point of privilege, I ask that the board entertain a motion to take additional speakers.” As a result, the board continued to allow speakers on the topic.

Trustee Dorian Baker, celebrating the victory for the students and pointing to the many layers of community participants involved in making the successful vote a reality commented,

“This was an example of what needs to continue happening in America. Gone are the days when we can pay attention for a month, elect a few good people, and then walk away and hope for them to fight the fights. We need to elect good people, and then stay involved and help our representatives win the the battles. That’s what happened last night!”