Opinion: “Why Most Countries Won’t Benefit From Moderna And Pfizer’s Covid-19 Vaccines” 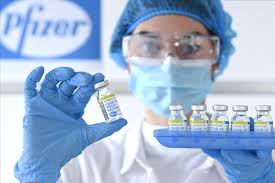 That the Moderna and Pfizer Covid-19 vaccines demonstrated efficacy in more than 90 percent of phase 3 trial participants is cause for celebration. Developed at breakneck speed with heretofore unrealized mRNA technology, they have without a doubt made history, especially now that the British government has authorized the Pfizer vaccine for mass use. The problem—and regrettably, it is a big one—is that only a very small fraction of the global population will be able to reap the rewards of this achievement.

To remain stable, the Pfizer vaccine must be stored in specialized freezers kept at an ultra-low temperature of negative 94 degrees Fahrenheit. Such storage units are manufactured at a select few “freezer farms” and priced at $10,000 to $15,000 apiece.  While the Moderna vaccine doesn’t demand as deep a freeze—the requisite negative 4 degrees Fahrenheit is comparable to a standard home freezer—both must be administered in two doses a month apart, a logistical hurdle not uncommon but certainly not ideal in a quest for worldwide inoculation.

Even hospitals in the United States and Europe, where governments have already bought up hundreds of millions of doses of the mRNA vaccines, will be hard-pressed to secure the equipment necessary for their safe storage and transport—especially those in small towns and rural areas where many residents, due to adverse socioeconomic and health conditions, are disproportionately vulnerable to Covid-19. The same is true of remote regions in Africa, Latin America, and Asia. Airlangga Hartarto, head of the Covid-19 task force in Indonesia, told Reuters that in his country, the Pfizer vaccine has already been ruled out as a viable option—so unlikely is it to survive distribution between 270 million people across 17,000-plus islands.

In other words, Pfizer and Moderna have created a Lamborghini when what most countries really need is a Toyota—a vaccine that can be manufactured, stored, and administered simply and cheaply, preferably via existing distribution channels. Luckily, such alternatives exist. One is the adenovirus vaccine being developed by companies like AstraZeneca and Johnson & Johnson, which uses a nonlethal cold-causing viral vector as its means of inoculation, rather than synthetic proteins as mRNA vaccines do. Adenovirus vaccines are, however, hampered by one deep and fundamental flaw. Recipients would risk developing immunity not just to Covid-19, but the vector itself, meaning after initial rounds of rollout, another candidate might have to be developed from scratch. The AstraZeneca vaccine and others of its ilk can be thought of as Mercedes—not as high-maintenance as a Lamborghini, but certainly not as practical as a Toyota.

Chances are high that vaccination against Covid-19 won’t be a one-and-done affair, but an annual or even biannual reoccurrence like the seasonal flu shot. As such, the most efficacious vaccine will be one that can be deployed for years to come. Two types of vaccines fall into this category. The first is the subunit vaccine, which injects particular bits of the virus intramuscularly. This technology is behind the vaccine that has played a critical role in eliminating hepatitis B, a disease that causes liver damage and cancers when contracted at a young age. The second is the inactivated vaccine, whereby the virus is grown, killed, and remade into a form of bodily defense. The Salk polio vaccine—the best example by far—accomplished this in 1955 and has been the backbone of polio eradication efforts ever since.

Three of the four Covid-19 vaccine candidates that have emerged as major contenders in China are of the inactivated variety. While data on the safety and efficacy of these vaccines has yet to be released, hundreds of thousands across China have reportedly already received one of the candidates. Additional phase 3 clinical trials are being held in numerous countries the world over, from Bahrain and the United Arab Emirates to Argentina and Peru. Inactivated vaccines aren’t without risks of their own, and several in the past have gone south due to insufficient safety evaluation and monitoring. But done right, they’re also the most tried-and-true approach we have.

Alternatives to mRNA vaccines that are more logistically feasible and cost-effective for all won’t be available quite as immediately, but have a far greater chance of reaching more people in need when they do hit the shelves. Two to three months is my best guess, at which point we’ll have a better idea of which populations the Pfizer and Moderna vaccines cannot penetrate. In a pandemic, no country is an island—a lesson China is learning on a weekly basis as new infections arrive in one form or another from overseas. A vaccine all but exclusive to urban, high-income countries won’t cut it. The more pragmatic solution is a vaccine viable and affordable to all.

This article was originally published on Forbes.com. Reprinted with permission.

Spread the love
more
Spread the love
more
Previous StoryOpinion: “China’s Blame Game Against Australia, India A New Strategy To Tamper With Facts”
Next Story“State Bills Exposé: NYS Assembly Bill A99 – Relates to The Removal of Cases, Contacts and Carriers of Communicable Diseases That Are Potentially Dangerous to The Public Health”
--