Opinion: “The Systematic Failure of The Act of Free Choice” 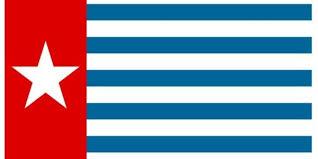 West Papua was handed to Indonesia in 1963 by the United Nations from the Dutch in 1963. Exposing them to marginalization, poverty and inequality, land appropriation at the hands of the Indonesian government. Which utilized a hierarchical framework to exploit, and marginalize, creating inequality of health care and standards of living in West Papuan. The self-determination of West Papua has been obstructed by the Indonesian government.

Indigenous West Papuan’s have lived in West Papua, the Western half of New Guinea for 40,000 years and gained independence from the Dutch since 1949. In 1962 the New York Agreement decided a referendum would be held to decide Independence from West Papua, to become a Independent State or be formally recognized as a Indonesian Territory (https://www.freewestpapua.org/documents/the-new-york-agreement/). The Act of Free Choice discussed at the New York Agreement, was to ensure freedom of speech, movement, assembly, and self-determination of West Papuans. Was obstructed by the Indonesian government, permitting only 1,026 from 800,000 Papuans from taking Part in the AFC (https://www.trtworld.com/opinion/race-rights-and-resistance-the-west-papuan-protests-in-context-29515).

The story of oppression experienced by West Papuan’s draws parallels to the experience of Aboriginal Australian’s. Who have been exploited, marginalized, violated by invaders (Invasion Day reference) adhering to the principles of social Darwinism, suggesting West Papuan’s are a primitive and evolving race (Portraying West Papuan’s as primitive people is explained by social Darwinism; that West Papuan’s are undeveloped and an evolving race (https://www.auessays.com/essays/sociology/theory-of-social-darwinism-and-the-impacts-on-indigenous-australians-sociology-essay.php),  promoting the Indonesian  political ideology Here, West Papuan’s have been dominated by the Indonesian government and has maintained the privilege status of Indonesians’ over West Papuan’s. Who have seized their lands, evidenced by the appropriation of land by Freeport Mining company, in the same manner as Indian Mining company Adani has taken the Galilee Basin from Indigenous Elders in Australia to begin mining operations. Negligible returns were paid to West Papuan’s by U. S company Freeport gold mining operations, causing the economy to slow and economic growth restricted (Rifai-Hasan, P.A., 2009, p.136). The United Nations reports the Indonesian government neglected the east provinces of West Papua and witnessed the exodus of Indonesian landowners forced to flee to Papua New Guinea claiming refugee status ((Sands, S., 1991).

Following, the handover of West Papua to Indonesia by the Dutch, many government roles held by West Papuan government officials were replaced by Indonesian settlers, ending their participation in policy decisions, causing discontent among former West Papuan officials. Those who were displaced returned to the highlands to resume subsistent farming to carve out a living living in the highlands and were alienated from educational and employment opportunities (https://dfait.federalrepublicofwestpapua.org/document/west-papuas-right-to-self-determination/).  Local governments in West Papua have failed to deliver education and development policies to address the loss of jobs and failing health of the community. Thus, the poverty rate recorded in West Papua is 27% (https://www.iwgia.org/en/indonesia/3441-iw2019-west-papua).

The Act of Free Choice (AFC), discussed at the New York Agreement, was to assure Freedom of Speech, movement, assembly, and self-determination of West Papuan’s. However, the very principles of the Act of Free Choice were overridden and obstructed by the Indonesian government, permitting only 1,026 from 800,00 Papuans from taking Part in the AFC ((https://www.trtworld.com/opinion/race-rights-and-resistance-the-west-papuan-protests-in-context-29515). A systemic failure of the Act of Free Choice purpose.

Systematic oppression occurs when a dominant group at the top of a hierarchical structure controls another through exploitation, marginalization, and inequality (Zutlevics, T.L., 2002, p.80). The Indonesian government has applied the concept of Social Darwinism, to portray the West Papuan people as primitive and an evolving race (Becquemont, D., 2011, p.12). Marginalization has been achieved through land appropriation for mining (Rifai-Hasan, P.A., 2009, p.136). Which has caused the economic inequality (Rifai-Hasan, P.A., 2009, p.136).  The Act of Free Choice was a clearly designed to prevent the self-determination of West Papuan people who were selected to vote and was did not represent the actual number of West Papuan’s eligible to vote (Verrier, J.R., 2000). Political groups with negative attitudes have prevented measures being taken to address the inequality of health services provided to West Papuan’s. The Indonesian will counter these arguments, claiming The Special Autonomy Law was legislated to allocate funds to address the concerns mentioned and improve their well-being However, the evidence provided, suggests the Indonesian government has systematically oppressed West Papuan People.