Opinion: “Is LinkedIn Cowering For China?” 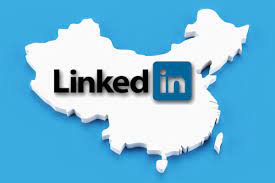 It’s no secret that the biggest and the most highly successful employment and business directed online service platform LinkedIn is ready to do China’s bidding when it comes to exploiting the country’s growing professional economy. LinkedIn has always matched China’s playing field.

Even recently, in order to ensure continued compliance with the country’s strict and barbaric censorship laws, LinkedIn temporarily disabled any new Sign Ins on the platform from the Chinese People as a part of a process check-up.

Microsoft owned LinkedIn has definitely gained an edge in the communist party ruled China. When the other service providers lost the melee of censorship in defiance of the acute pressure from the oppressive regime, LinkedIn has withheld the test of time.

The platform has been servicing China since 2014. When it put the root downs, it left no stones unturned to please the authoritarian leader Xi Jinping and his party. For its Chinese users, LinkedIn even came up with a new logo and a totally Chinese language website and app.

It also got involved in various social initiatives, both online and offline and got into several partnerships with other Chinese businesses like Sequoia China and entered into a bunch of sponsorship as well with prominent angel investors of the country like Xu Xiaoping. It also relinquished about 7 per cent of its domestic operations in China to two major league venture capitalist corporations. This strategic decision turned out to be a bounteous opportunity for LinkedIn.

But what hit the nail in the deal between the platform and the Chinese authorities is LinkedIn’s plan to succumb to China’s censorship exigency and data demands. Being a platform that runs on user-generated content, giving into such censorship demands seems infelicitous and it is left to the imagination how the most admired professional platform of the west will find an equipoise between free speech and expression on one side and Chinese regulations on the other.

Even after gaining front seat access in China, LinkedIn has not been too behind of controversies and critics. When it first set up shop in the country, a lot of people were wary about LinkedIn’s decision of giving into the repressive demands of the Chinese government to bowdlerize and censor.

On the LinkedIn website running in China, the organization censors and removes content that seems unfit as per the rules of Chinese authorities. LinkedIn sends an in-mail to the people whose posts get deleted from the site informing them the content they posted contains elements that are prohibited in China and will not be viewed by the website members residing in the country.

Certain tools that are used everywhere on the platform have also been withheld from its Chinese users. Any forums of public discussions on the platform like joining and creating groups are not available in China.

In 2017, the company also blocked the job posting feature for individuals as per the requirement of the new regulation of China.

LinkedIn also became a centre of public dismay when Chinese espionages used LinkedIn as a rung to hire ex American government officials with official secrets. It was a huge racket where Chinese agents through various fake accounts set up over the platform targeted people with information. I have had personal experiences of being friended by multiple fake accounts of this type, all with young beautiful woman profiles trying to lure me into sharing information about my connections and activities.

And just a few days before LinkedIn temporarily disabled new sign-ups, there was a hack attack on the Microsoft Exchange Server allegedly by hackers sponsored by China.

Whatever be the case, the reason for LinkedIn’s continued success in China is its functional advantage over the economic market as time and again China’s government has clarified that the internet should be developed in a way so as to strengthen the country’s economic growth.

LinkedIn is the only noted social media that is currently surviving in China sailing through the jetsam and flotsam of the internet world.