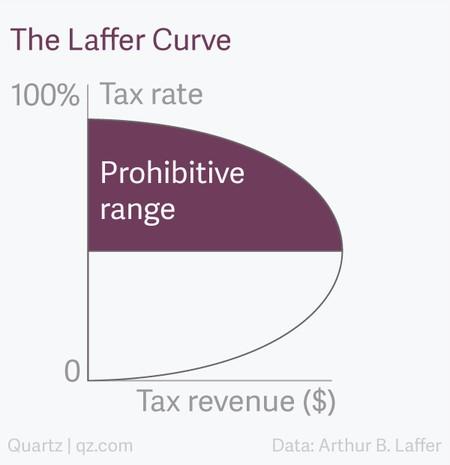 In response to the Covid-19 pandemic and economic downturn, Treasurer Josh Frydenberg announced a policy of Trickle-Down economics and Keynesian economics, of Business tax cuts and tax cuts for the wealthy to drive employment growth and economic growth, illustrated by Laffer’s curve. The Federal government economic stimulus known as, JobKeeper and JobSeeker have supported business, the unemployed and assisted the economy to move into positive territory. Aided by historically low international lending rates, it is possible for the government to borrow heavily. The Reserve bank has kept a close eye on the performance of the economy and provided advice to the Treasurer.

Josh Frydenberg would have the Australian public believe; Australian households saved $100B in the 12 months to November 2020. The Reaganomics of trickledown economic theory his government has implemented has seen cuts to corporations, capital gains, and savings taxes, ignoring across across-the-board tax cuts. (https://www.johnlocke.org/update/keynesianism-the-real-trickle-down-economics/). In 1974, former deputy US Chief of Staff Dick Cheney met with economist Art Laffer. Laffer proposed to increase economic growth, payroll tax rates need to be low to encourage people to work more hours with greater take home income and drive growth. Meaning businesses would be left with less money to invest.(https://qz.com/895785/laffer-curve-everything-trump-and-republicans-get-wrong-about-trickle-down-economics-and-reaganomics/amp/) Tax cuts to corporations and wealthy taxpayers would increase spending on luxury items, increase employment and in turn benefit middle and lower income people Hence, the money would “trickle-down” from the government in form of tax relief to the wealthy, meaning capital would make its’ way, stimulating the economy.

On the other hand, Keynesian trickledown economics has worked well to provide a false narrative, to persuade the private sector to transfer funds to the government and special interest groups (Billionaires) billionaires increase their wealth. (johnlocke.org/update/keynesianism-the-real-trickle-down-economics/). The economic well being of the marginalised and unemployed has not been met, in the sense the benefits have not  trickled down to them (https://www.afr.com/policy/economy/jobkeeper-payments-fuelling-companies-profit-growth-20200820-p55nqt). Research on tax cuts has failed to provide a definitive answer to verify that cuts have improved economic performance (https://thefederalist.com/2014/12/10/debunking-the-debunking-of-dynamic-scoring-and-the-laffer-curve/).

On this outcome alone Keynesian economics of trickledown economics is a flawed theory. It has never worked and, in fact, cannot work to improve the economic well-being of society. In this sense, those who say that trickle-down economics does not work are correct.

Keynes advocated for increased government expenditures and lower taxes to stimulate demand and pull the global economy out of the depression, through the intervention of the government with economic policies. Providing fiscal stimulus to the economy and boost spending.  (https://www.investopedia.com/terms/k/keynesianeconomics.asp).

The economy has moved into positive territory and the Morrison government should, be applauded for its’ courage to borrow heavily, aided by historically low interest rates  to borrow money to fund job keeper designed to assist employers keep employees in work, Covid-19 grants and additional increases in job seeker payments,  assisting  Australians, facing unemployment during the COVID-19 pandemic. increased government debt, will trickle back down into the economy through these government programs, increasing the spending. Though, not necessarily trickling down from high income to low-income citizens but from the government to Australians, who in turn spent the stimulus in the economy to meet their needs.

The Reserve Bank of Australia has warned the treasury and government to carefully consider, the timing of altering the rate of stimulus provided through the Jobseeker and JobKeeper programs. However, he government has lowered the rate of support in both, with JobKeeper to expire in March, and the COVID-19 supplement for jobseeker to be cut to just $150 a fortnight from January. Further, advising the quarterly GDP number is secondary in terms to, the welfare of Jobseeker and Jobkeeper recipients, who are providing for families. How can the economy be growing during record unemployment, slashing welfare payments to workers who lost their jobs as a result of government mandated shutdowns is set to drain the economy of billions of dollars and cost an estimated 145,000 jobs.

Respected analysts Deloitte Access Economics have crunched the numbers on the Morrison Government’s plans to cut welfare payments and have  found ithat the sharp reduction in spending that will follow, as one million families are forced to do more with less, will reduce spending so much that it will force thousands of more workers on to the dole queue.

“Every dollar that the government invests in JobSeeker is generating a significant economic return, helping to pave the road out of recession,” Deloitte Access Economics Lead Ally Nicki Hutley said.

“Providing people without paid work with enough to get by is highly effective economic stimulus, as they have little choice but to spend straight away on essentials. (https://www.news.com.au/finance/economy/australian-economy/coronavirus-australia-imminent-reduction-in-jobseeker-payment-will-cost-the-economy-billions-and-trigger-145000-job-losses-experts-warn/news-story/e7df1bf6cecbd9b3b9e2d83692cb18c9).

In a speech to Australian Business Economists, the deputy governor of the Reserve Bank of Australia, reiterated the importance of government stimulus to the economic recovery, releasing research showing the JobKeeper wage subsidy saved 700,000 jobs. He warned, a lesson from the global financial crisis is do not cut off support too early, adding Australia’s banks and governments were well placed to keep credit and stimulus lines running and that money is  crucial to Australia’s economic recovery as the pandemic response rolled on.

I don’t see there is a trade-off between fiscal sustainability and fiscal support in the current circumstance. The cost of borrowing is at historically low levels for Australian governments. Borrowing costs are likely to remain very low for quite some time, and almost certainly until the economy is considerably stronger.

“This means that the debt dynamics for the Australian government and the states and territories are absolutely sustainable.”

The Trickle-Down economic policy of the government has not worked as intended. With Treasury releasing household saving figures, indicating Australian households have saved a $100B in stimulus payments, instead of spending the stimulus and supporting the economy. However, the Morrison Government is to be applauded for utilising Keynesian economics, to borrow heavily, support business and Australian households. The Reserve Bank has offered a caution to the government not to withdraw the economic lifeline offered to business and Australian’s to early. The stimulus is guiding the economic recovery and with runs on the board, Morrison would be mindful tread carefully.